Of Aggies and Ducks

Krista worked and then drove 7 - 8 hours to be here. Jamin? Well, he left College Station very early to be in San Antonio and catch a 7 a.m. flight.  We weren't 100% sure which flight he was coming in on - so we googled with the time and guessed. We waited and watched at the terminal. 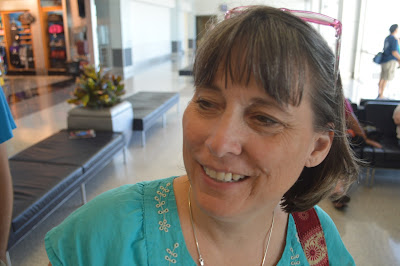 I stalked all men with shaved heads.  Then we got a text. I'm in the baggage area, carousel one. We raced down the escalator...Michael still has his running on escalator skills from Tokyo! He wasn't there. We were at the wrong terminal. ::snort:: We told him to hop a bus to the economy parking and we'd meet him there.....except the busses were incredibly full and we had to wait much longer than expected. So long that eventually, Jamin stepped off the bus from his terminal and met us as we waited for a bus to the parking lot. LOL 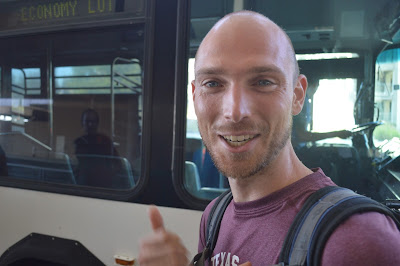 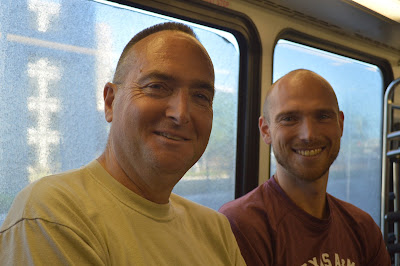 Izaak and I made a trip for groceries earlier in the day. I got a kick out of the way people left me alone while accompanied by a clean-bearded-totally-covered-tattooed-gentlemen. I may have to convert Michael if we stay in CA.  I knew it would be late when we returned from the airport, and hoped to avoid a restaurant dinner for 14. Izaak kept the chicken from burning up and fixed a yummy salad while we were gone.  It was wonderful to smell dinner when we walked in the door.

The family started a game of "mafia" while we waited for Krista to arrive. No wedding proposals were made during this game of Mafia. I worked on photos and enjoyed the buzz....and....um...I created a mafia role for myself which allowed me to continue working on photos - THE MEDIA. I strove to insert general chaos. I'm sure I'll be voted off the island if I ever try that again! I knew I'd fall asleep if I closed my eyes and played for real. LOL 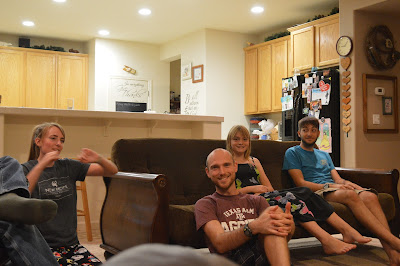 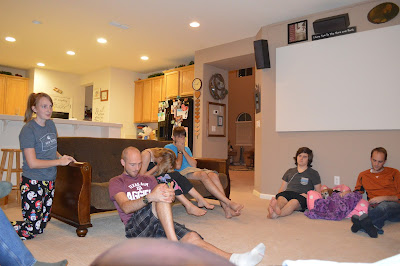 Michael had a surprise doctor visit. They seem to really find times for you when you tell them you are going to whichever center can get you in quickest. ::snort:: He does have sleep apnea and they'll be doing another study to set the CPAP on Sunday night.

Michael reports he got a lot done on the "checklist."

And I simply love having a "chalkboard" in the home....I use the one in the kitchen for notes and grocery lists....the one in the bathroom?