We have heard about, and wanted to visit, the Aerospace Museum of California since we arrived in 2013. We simply haven't had time to drive to Sacramento and do it....but this week....on Friday....the day of Michael's last VA appointment.....we took the kids and WENT.  We were sad they don't belong to the ASTC (Association of Science - Technology Centers) reciprocal program. FREE is always a good price, but it was worth the  $33 for our family of 5 to tour.

The museum is at the old McClellan Air Force Base - McClellan Business Park.  They've got quite a few planes inside....but we LOVED the historic planes OUTSIDE - a lot of them. If you are in the area,  "open cockpit" day for ALL the planes is on Armed Forces Day - 21 May, 2016.  They will have pilots and crews from each plane. It should be fascinating. I'm sorry we will miss it. 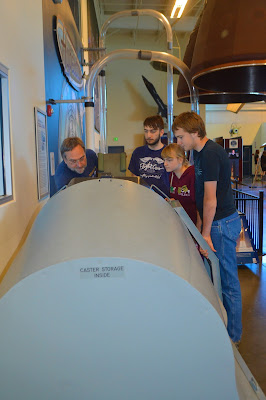 The sign clearly said, "Do not touch." However, this gentlemen asked Michael if he'd like to sit down and give the simulator a try. It didn't take him long to realize Michael is a pilot....and a chaplain ::snort:: 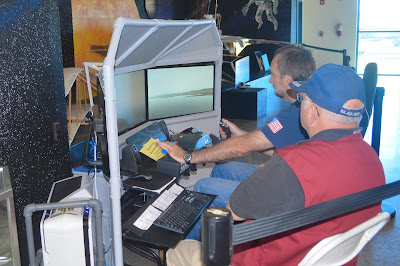 While Michael flew over the Golden Gate bridge and such.....this gentlemen gave the kids and I a complete tour of the planes and engines in the museum.  The personal stories of the docents make this a phenomenal learning experience. It was fun for us to follow this man down memory lane. 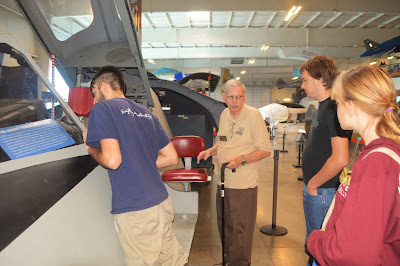 We had a whole crew of docents outside who wanted to take us around. I knew we'd best find Michael or we'd never get back on the same tour.   Michael will have to add plane names and captions....but I was impressed with this plane. This VERY PLANE flew several missions in to Normandy on D- Day. 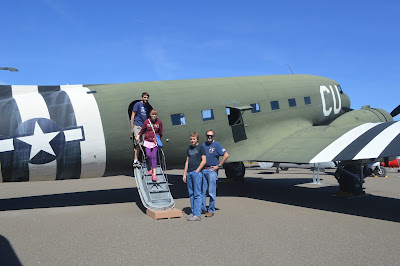 We had to sit and remember what we've learned, the price so many young men and women played for freedom to thrive, we imagined what it would be like to be 18 - 20 and about to jump on to Normandy Beach...and we remembered Uncle Jim, our personal Normandy hero. 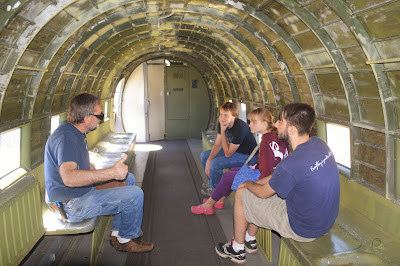 We took this photo for Ron and Margaret. This is the VERY PLANE Ron loved and worked on when assigned to McClellan Air Force base - back in the day. 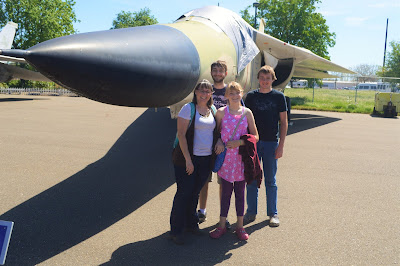 Still one of our favorite planes, the A 10 - the star of  Desert Storm. The docent of this plane spoke JAPANESE....what fun it was to hear again....though we were a bit bumfuddled and didn't have our Japanese whits about us. I kept saying, "I recognize what you are saying, but I don't remember what it means." Ah - but Wakadimasen - is always in style. LOL 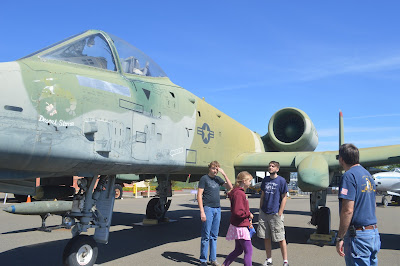 Amazing men - so many stories, such a legacy to pass on! The gentlemen on the left is a true American hero.....he is a WW2, Korean War, and Viet Nam vet.  I could sit and listen to these men's stories for hours. 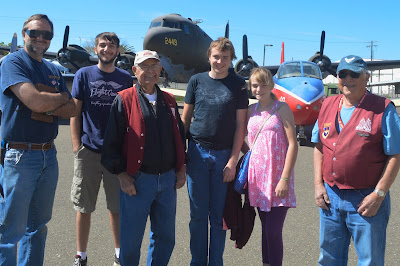 I think buying and assembling a kit like this would be a lot of fun..... 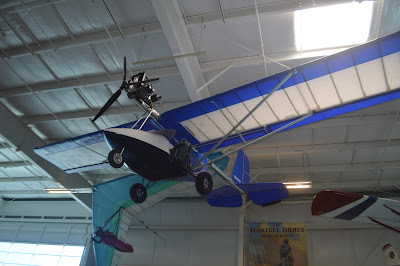 This was a great day of Roadschooling! We loved seeing the planes we've discussed in school, meeting men who had fought in the very places we discussed, hearing Japanese and sharing Misawa memories with the vet/docent of  the A-10 and so much more.

I think this would be a fun volunteer opportunity for Michael to look into. He knows his planes  and wars. I've seen him give better tours about the SR 71 than museum docents. He thinks I'm joking. I'm not.