You can watch our video about this here.

Those who know us, KNOW we were not formerly gardeners. Though we have grown as much as possible in a variety of containers - digging up military housing yards is frowned upon. We want to grow, raise, and catch as much of our food as possible. We live in Alaska - we'll simply have to figure this out. I didn't find a lot of gardeners here to drill for advice. I did watch a lot of YouTube channels, joined Alaska gardening Facebook groups, read approximately 50 books about gardening up here or in other Northern climates, read seed packets, the Farmer's Almanac......and got quite overwhelmed.

We learned we needed a greenhouse - which we don't have. We would need a LARGE garden - more like a mini-farm. We need to feed our soil - it won't be great this year....but we decided this is a process. We were going to try different things and start figuring out what works up here.

Our first seedlings never sprouted. I used the mini greenhouse Michael got at Walmart. I didn't have a grow light. We added a grow light and planted again.  I KNOW it seems early - but this is what the Alaskan groups and books said to do. Our growing season is SHORT and I have to have starts if I hope to harvest before frost begins again. 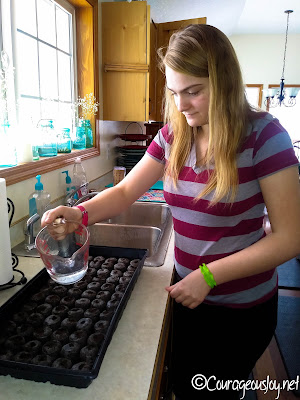 I added a grow light. Unfortunately, it will only fit on the top shelf. 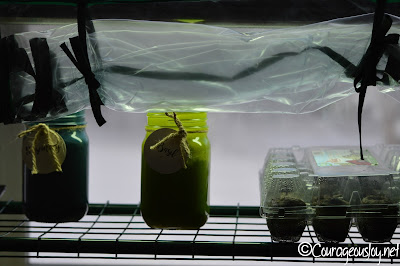 A friend, Judie, saw my dismal failure with the first set of seedlings and loaned us this! 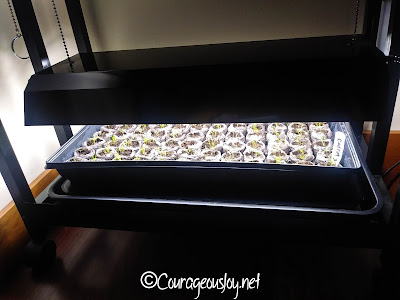 I began to plant in "garbage." LOL  I covered with plastic wrap as needed for the greenhouse effect - it's working. 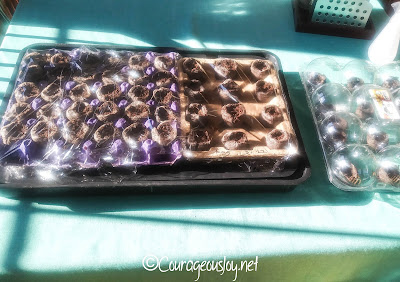 They sprouted. It said 10-14 days to germinate and I had sprouts on day 2....as they grew, I realized what I'd read about the Jiffy Pods wasn't quite going to work. I was told they are great as they can go directly into the garden. BUT there is NO WAY these things would last for another 8 weeks in the pods....they had to be transplanted....more time, more dirt, more space.....but we're determined. This year is about learning. 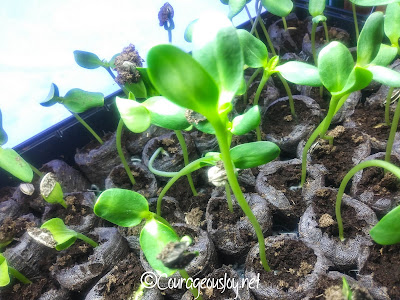 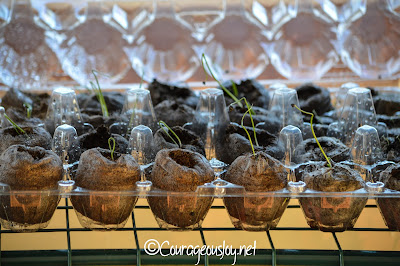 I simply couldn't wait any longer. They had to be transplanted. 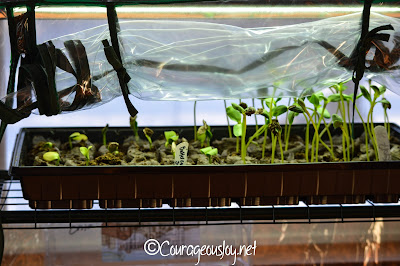 Stacia and I made potting soil....equal parts perlite, peat moss and garden soil. 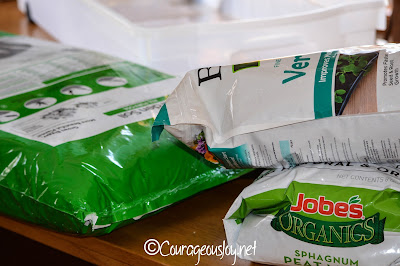 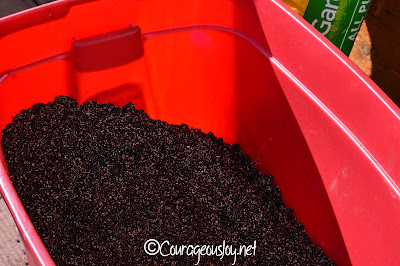 We have a beautiful tub of potting soil on the deck. 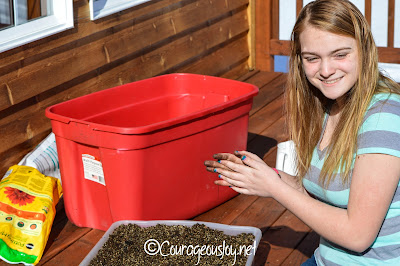 We dug this under-the-bed storage container out and planted seedlings. I didn't have enough space as I was going by the distance on the packets.


I move the grow light up and down the "bed" - they're getting about 3 hours a day. Not ideal - but they look much better than in the Jiffy Pods or on the deck. 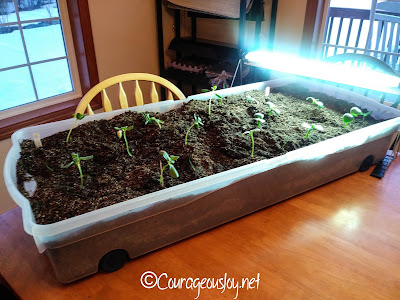 There are always things to explore at Gemma and Gramps. 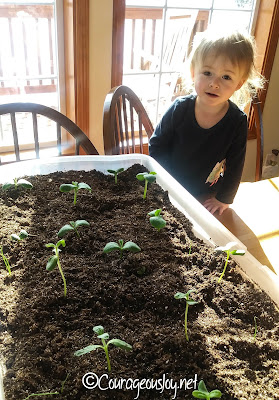 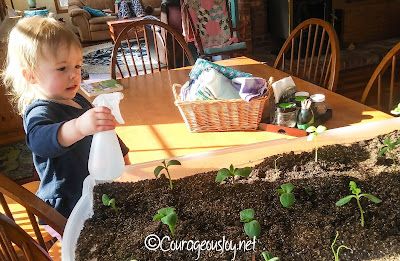 Check it out!  Note the moving sticker on the right. LOL 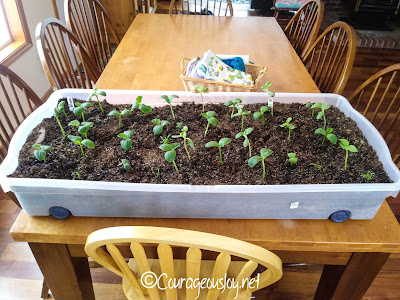 I know it's odd to have a planter on the table - but we have no space for more trays....this works. In fact, we discussed at dinner it may be nice to plant a salad garden in this after these are transplanted....pick you own before you eat. LOL  I did get more of seedlings into the planter....Michael said it doesn't matter if they are close,  as I'll be transplanting them again....probably a few times.

Yuuki has been schooled to look, but not touch the sprouts. 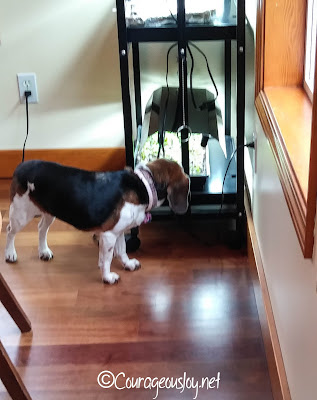 We're collecting all sorts of possible planters in the nook. 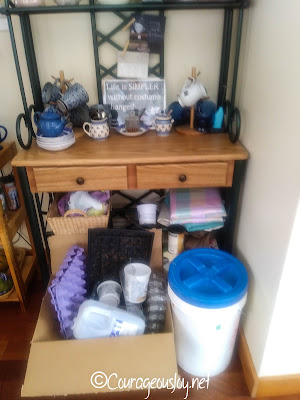 I took time to go find a book on a topic other than composting, gardening or chicken raising. 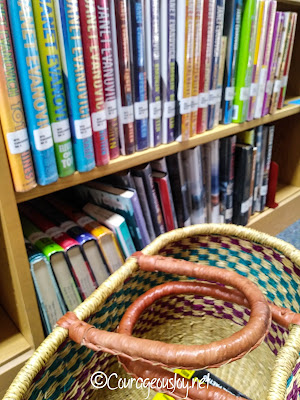 By the way, keeping the garden from becoming a buffet for the wildlife here on the mountain will be a trick! Michael is thinking that through. I found the cute fence I want - he's thinking practical. It's a process. Practical this year - cute another year. We have a ton of projects this year. Can't do it all now.