Saturday was the ceremonial start to the 47th Iditarod in Anchorage. We went to it several times when we were stationed here. It was fun....but this year.... Josiah, Jamin and Nolan met us after church and we drove out to Willow for the "Official" start of the Iditarod.  We liked it better....I liked that they were running down the chute, across the frozen lake and off...instead of down 4th street to a park.

We weren't 100% sure where to go, and we got a late start from church.  Michael dropped the kids and I off at a small airplane hangar on the lake and went to find a parking spot. Jamin led the way across the drifts and onto the lake. The 3rd time I sunk in snow above my knees and felt lake overflow.....I called it quits. I told them I would walk back to the road and along the road to the start. Alex came with me. The rest headed across the lake. We all met up at the start.

The dogs are so eager to get run. They love it.  Josiah got a great video, but I can't figure out how to share it from Facebook. 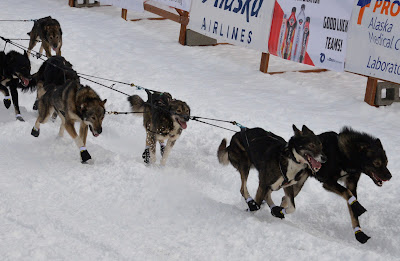 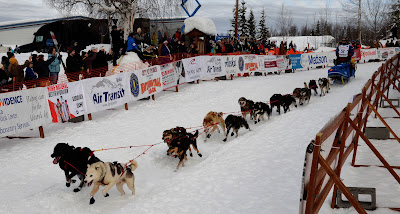 There are 35 men and 17 women and teams running the race this year. There are several former champions, rookies, 20 year olds...my favorites were Lance Mackey and a 65 year old woman. Quite a bit was made of this woman's parka. It is designed as a kuspuk. 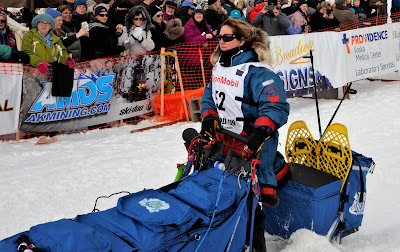 Lance Mackey is a crowd favorite. He's battled cancer and is running this year to have fun, "because I can."  Lance won the Yukon Quest and the Iditarod both from 2005-2009 - winning each four years in a row. I got a video of his start, but we didn't get any photos.

The dogs run across Willow Lake. 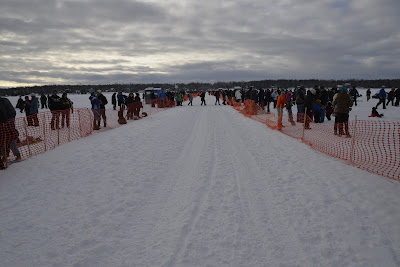 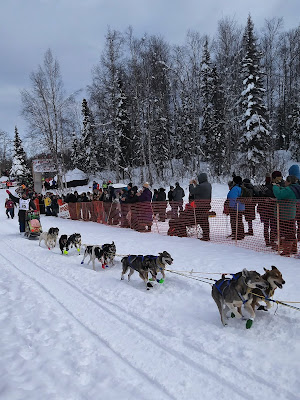 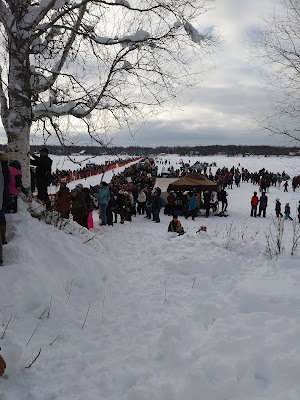 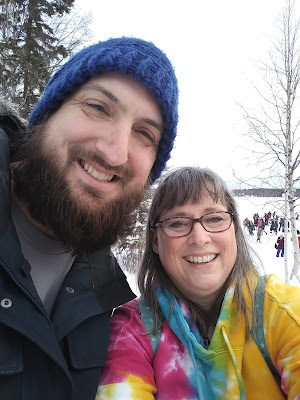 This group made me tear up.  The gal in the white parka, looked to be in her 60's,  has a harness and long handles tied to a  sled. She pulled her mom, in the sled, and her dad walked behind, steadying mom. That's dedication and love. 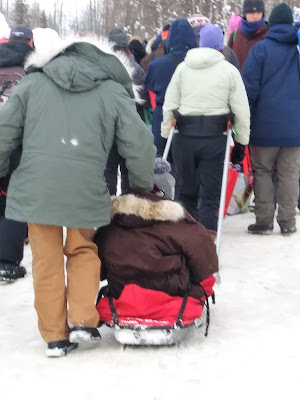 We loved the excitement and energy in Willow.  They mentioned the trail was lined with fans all the way to the first checkpoint. There is talk of  us going much earlier next year,  possibly finding a place out on the trail....taking the ice fishing tent and heater....a cooler.....