Breakfast with a friend. Building a most excellent tribe here in Alaska.

After breakfast, I headed to BreZaak's. Bre had a doctor's appointment. It was hilarious that as soon as Bre walked out the door, the kids ran for their shoes and wanted to go outside. It was a beautiful day, and I was happy to oblige them.


I think this photo is hilarious! Bella gave Gideon a little nudge to get him moving! ::snort:: 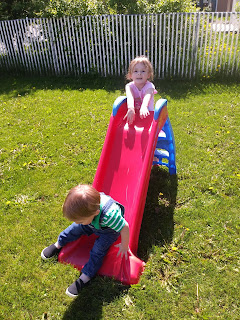 This was Gideon's response. I'm just SURE he is trying to figure out how to get water out of that hose  - just to add a bit of excitement to Bella's day. LOL 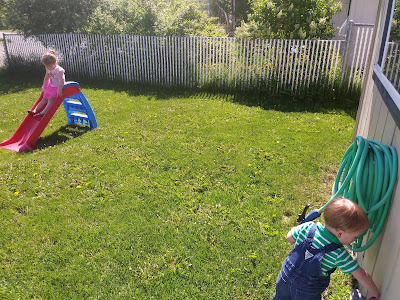 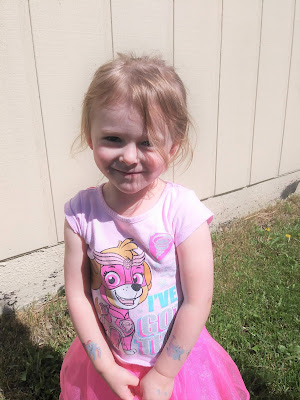 It was such a nice day we had lunch outside. 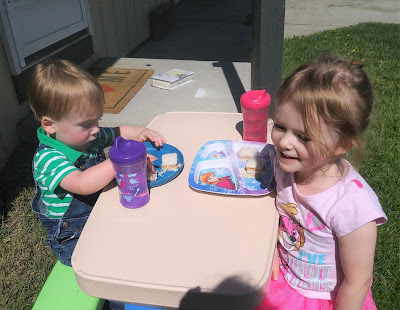 The afternoon was spent working in the garden/yard/forest of a yard. 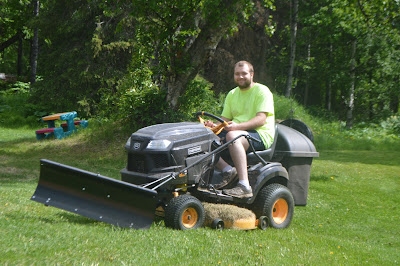 THIS!!!! Our favorite Garden Pest is BACK....except it ISN'T Rosie (with the collar). This one is a mean, aggressive moose. She tromped right through the bed with the guys THERE.  She ate one little cabbage plant, flattened the beets and her hoof-prints wreaked havoc with the planted seeds....spinach, cilantro and lettuce.  There you have it - 2nd planting of the year. 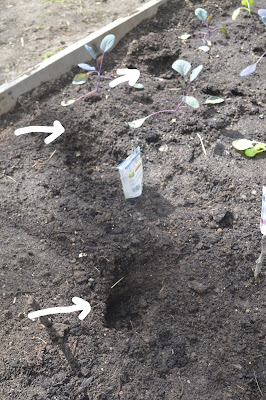 She didn't bother the covered bed. Michael began building a cover for the second bed. 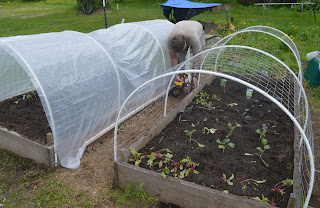 We will have an electric fence...but it's been torn down (by moose) over the winter. It will be up and working shortly. I have made it known to all I want to smell moose burgers a mile away if one of them touches it.


Our 8 week old chicks....free ranging until we get them a safe spot in the chicken yard. The mean girls are just too nasty for these sweet ones. 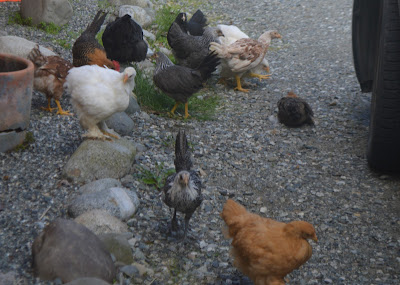 This is Petunia. She's lame. We thought she had died. We got home from vacation, and she was here....and we don't have the heart to take her life after she's displayed such a fighting spirit. SO....she goes where we are. She can hobble, and fly a bit. We are trying to figure out the best thing to do for her. 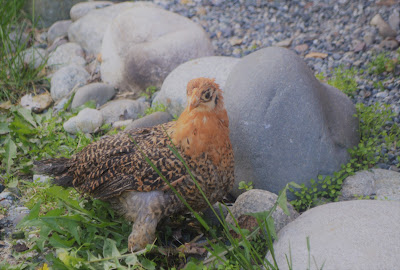 Our work was cut short when it began sprinkling. Soon, we heard thunder in the distance. CoRielle got home and said our little town was flooding. Bre sent a polo of HAIL.  Up here, we didn't have any of that...and I'm glad. Hail would have been the end of my fledgling garden. LOL
The photo doesn't do it justice. There was water over the hoods of cars...they even saw a man out in a kayak paddling his way down the center of one of the streets. LOL