LOL It would appear I have not blogged since March 13th and our March Birthday Dinner.  My plan is to post a few individual posts with specific events...and do one big catch up....It's not even SUMMER and I'm falling behind. Oy vey. LOL

Just how cold is it? Cold enough that there is frost on the inside of the door.  It's the time of the year when we go between -6 and 35...it's a mess. 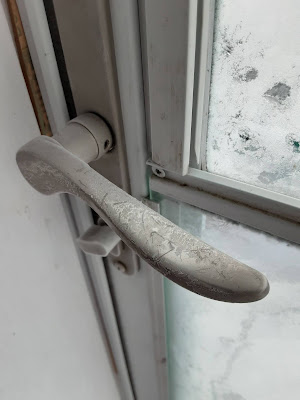 Sunday night Michael brought in the boxes with the plan being that I take down our Christmas decor in the upcoming week.  I had planned to leave the snowmen up a bit longer, but my superstitious children felt it was time for the "Let it Snow,"  and all snow related things to GO. 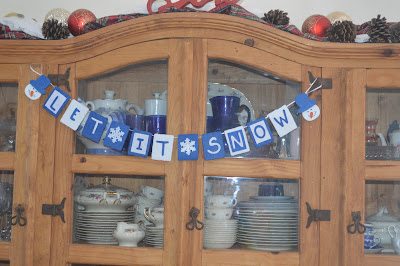 Since the boxes were sitting there...it seemed opportune to take the tree down. LOL 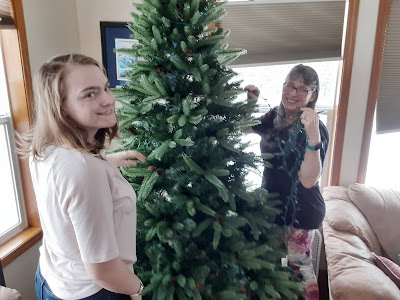 Michael took advantage of the room being disheveled to check out this speaker/woofer? He'd heard a buzzing. He enlisted Allie's help  and they found a virtual treasure trove.... 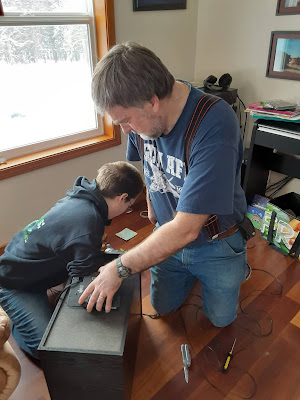 I wish I knew WHO had been hiding treasures. LOL 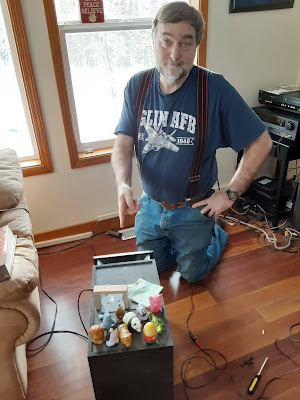 Last night, when everyone was over, we had moved Grandpa's recliner. The kids loved the thoroughfare and I realized I liked it feeling a bit more open too. SO....we talked about how we could place the recliners in a better location.  We ended up moving the couch that was under these windows, and putting the recliners at this end. We moved the antique toe grabber of a coffee table under the window and it solved many problems at once.  It opened the space, got the table out of the way and allows me to work in the kitchen and still see Dad in his recliner.  In fact, instead of the back of Dad's chair this is now my view from the kitchen.  We won't have to move furniture out when we add the second table for guests now.... 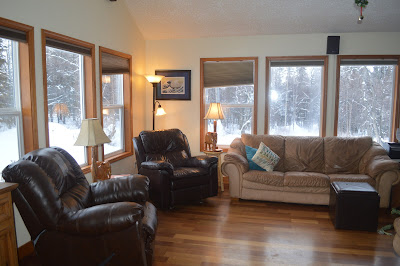 We left this couch where it had been...but we moved the keyboard beside it.....we moved the other couch all over the room, kept shifting recliners until we went all out and moved the Step Tonsu and keyboard.... 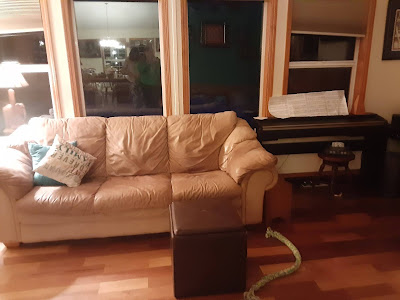 ...and put the second couch along the accent wall (where the Tonsu had been)....this put the couches opposite each other...but it allows a nice view out the window, it's easy to slide out to watch TV, great for conversations....and everything fits. 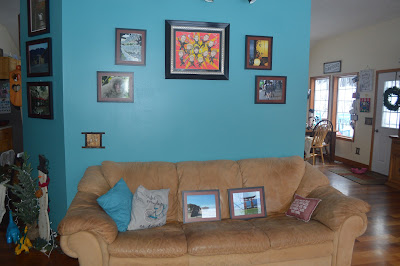 The keyboard was under the TV. The Step Tonsu had been configured in 3 pieces...the middle (which is on the left) and two step sections. We put them on top of each other and it takes less floor space, allowing it to fit here. 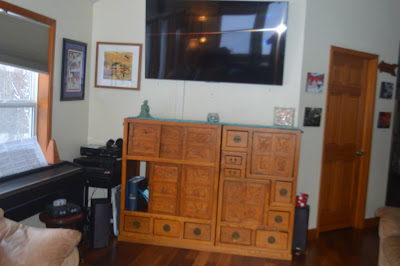 Here you have it...taken from where where Dad's recliner used to be....Michael took advantage of the move to add more plug ins, and hide all the speaker wires in the wall. He hung two speakers on either side of the TV... 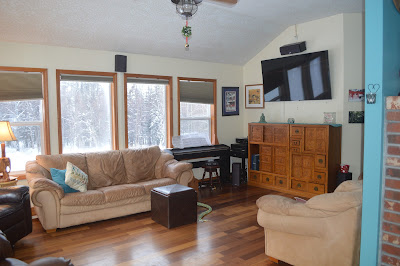 At some point in the process we discovered Stacia does NOT like change. We thought that was an Arielle trait. She's adjusted.

Arielle and the boys came over the next day and we were informed we should warn them before making big changes. LOL

Oh, we DID get the Christmas decor down and stored....we still can't find several wall hangings and such...put away when we put Christmas up...where could they have gone????

Joyfully Penned by DeEtta @ Courageous Joy at 9:15 AM