Alex said my voice was ringing in his ears as he took his test. "Put your tail on the line!"  Michael said he nailed the parallel parking on the first try.  He went on to pass the driving test with flying colors. 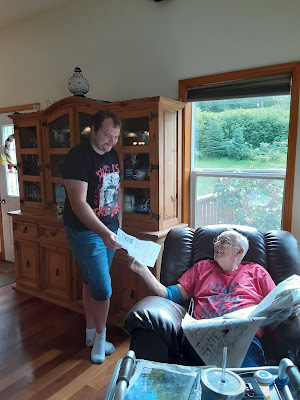 The funny thing is  I was taking Allie to work about 15 min after Alex's test began. He passed me two or three times as I dropped her off, picked up a drink, and headed home. LOL  He looked cool and collected and was driving well.

The first graduate of our CURRENT batch of students at the  driving school. ::snort:: Two to go.....

Congratulations, Alex!!! Way to go!!! We are at the "Practice hopefully makes something close to perfect" with Jun's driving training. Can't wait till she's a great driver too!!!