It's been a hot minute since I blogged.
Fall is always busy as we rush against the weather to get projects done before winter. I DO plan to post stories and photos from the last 2 months....I don't like the trend which makes it look like we stop living each fall and reappear in the winter. ::snort::  It was compounded this year by the fact we had a BIG event at the start of fall...and big events often stymie me! We've also had a rather busy fall.
The trees have lost their leaves and have been eerily naked. It was fun to see them clothed so beautifully this morning. 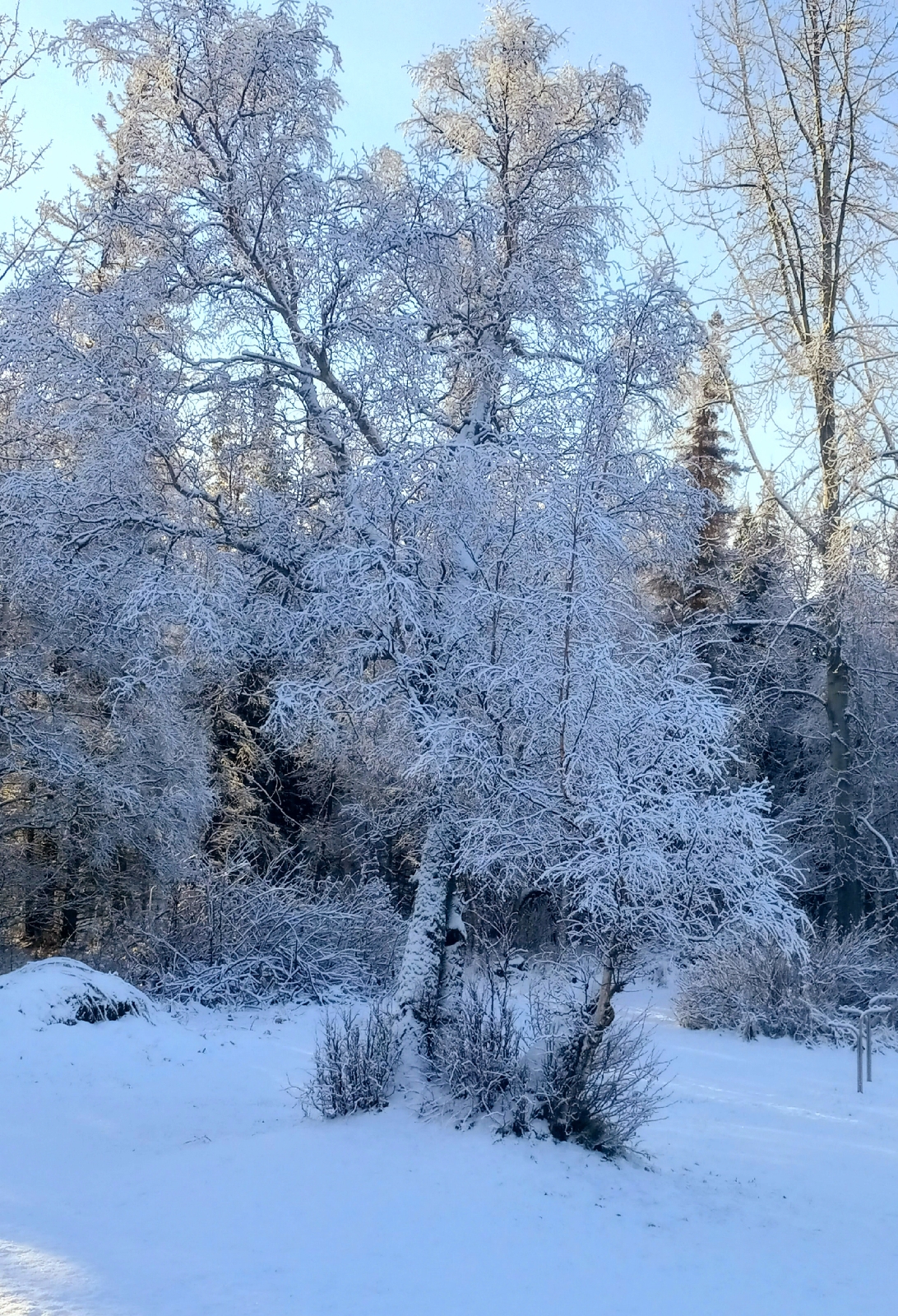 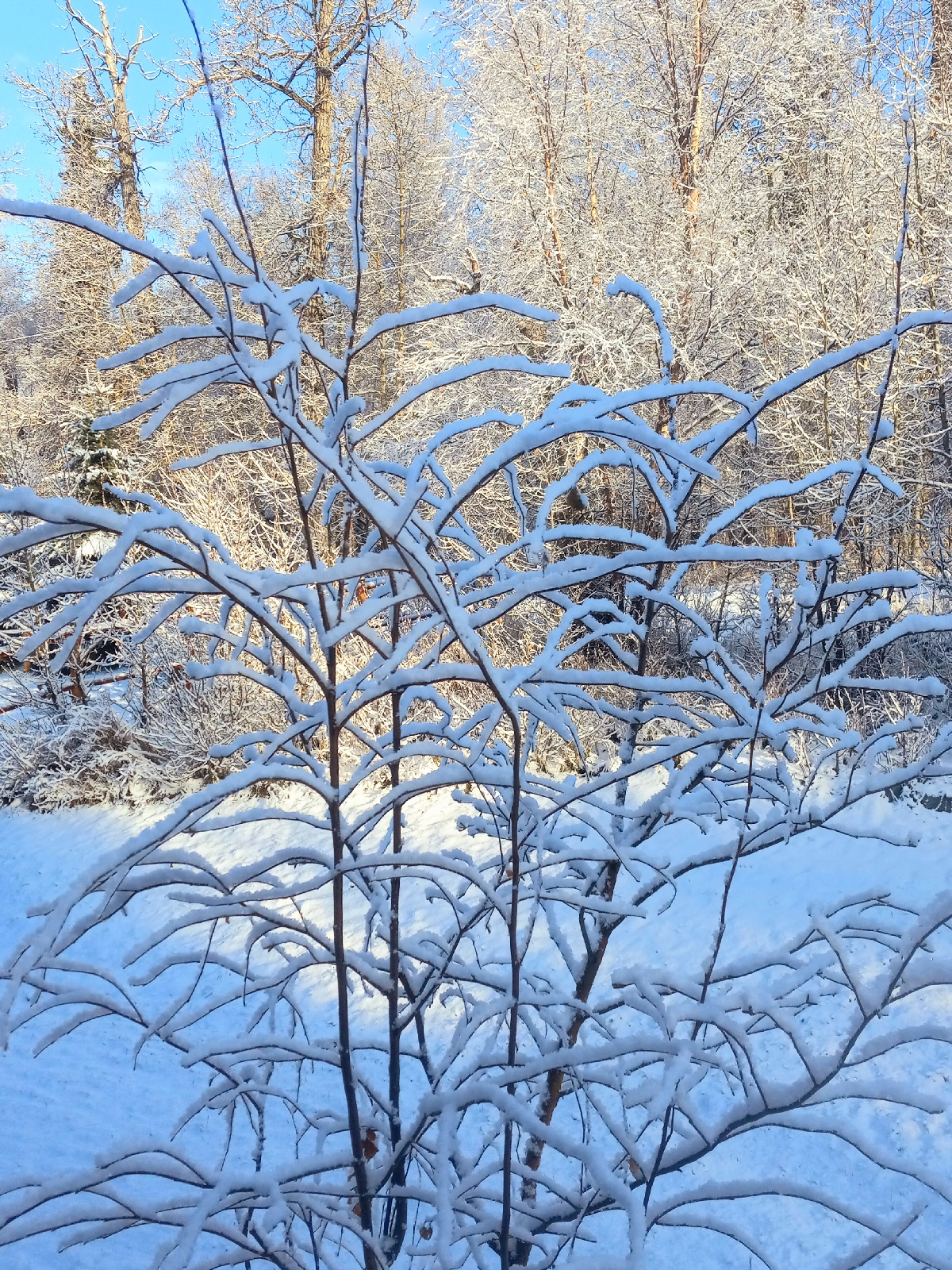 I was grateful Michael had gotten my auto-starter working. It was nice to jump into a warm car this morning. 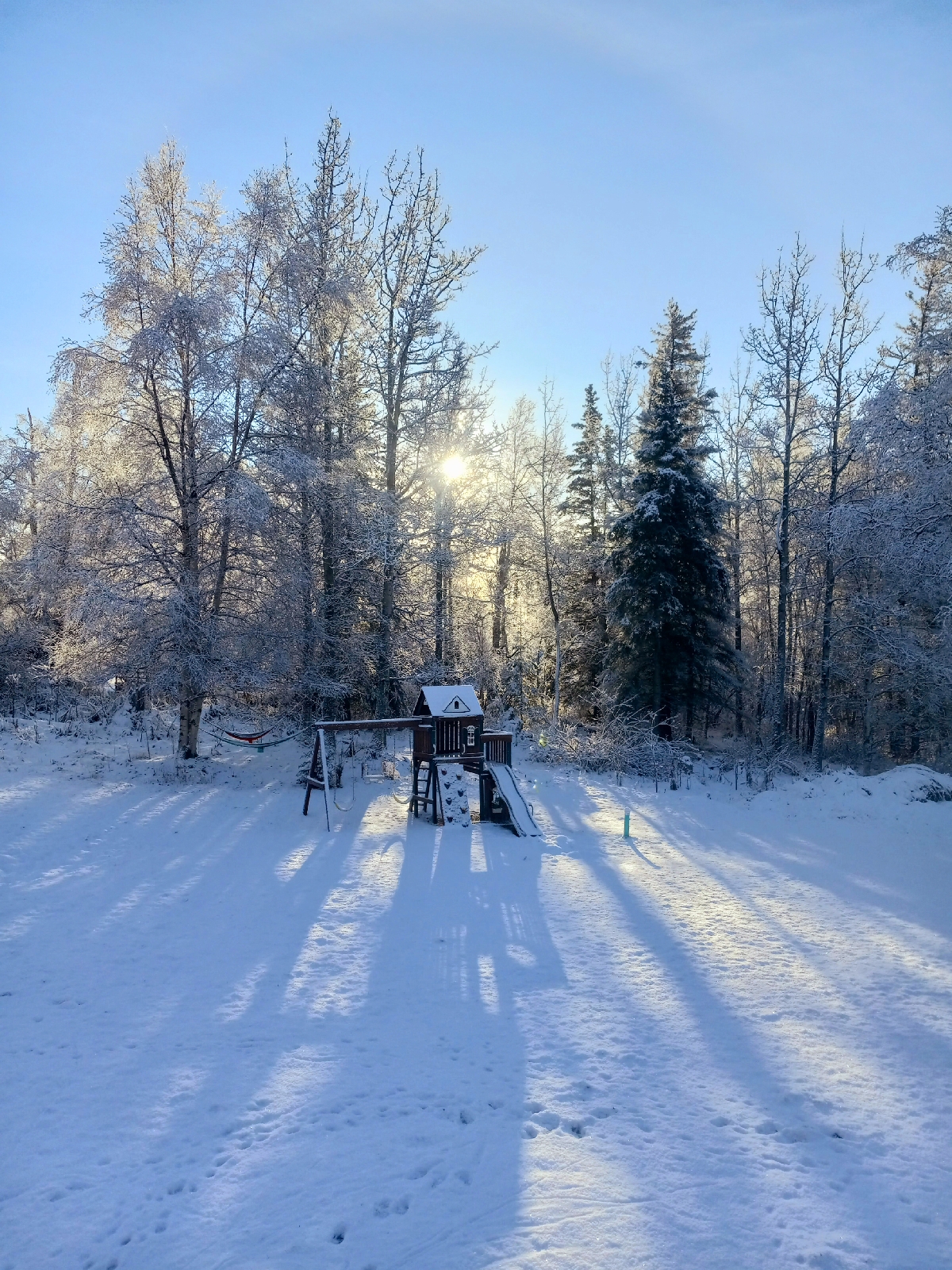 Everything is so pretty with a fresh coat of snow. 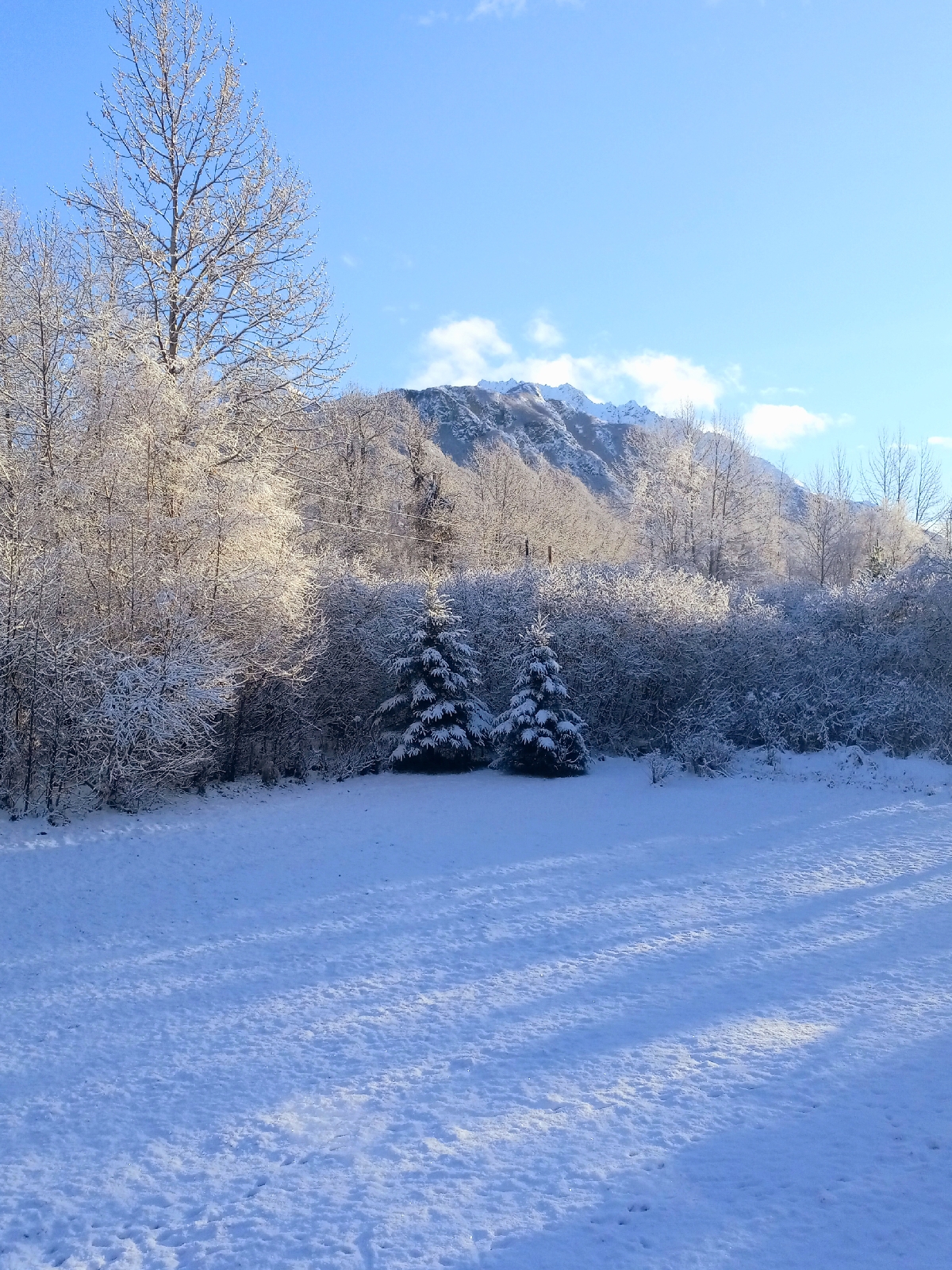 Michael stoked the fire, I was canning and we stayed toasty in the house. It was so warm I had to pull out the winter wardrobe. 😏 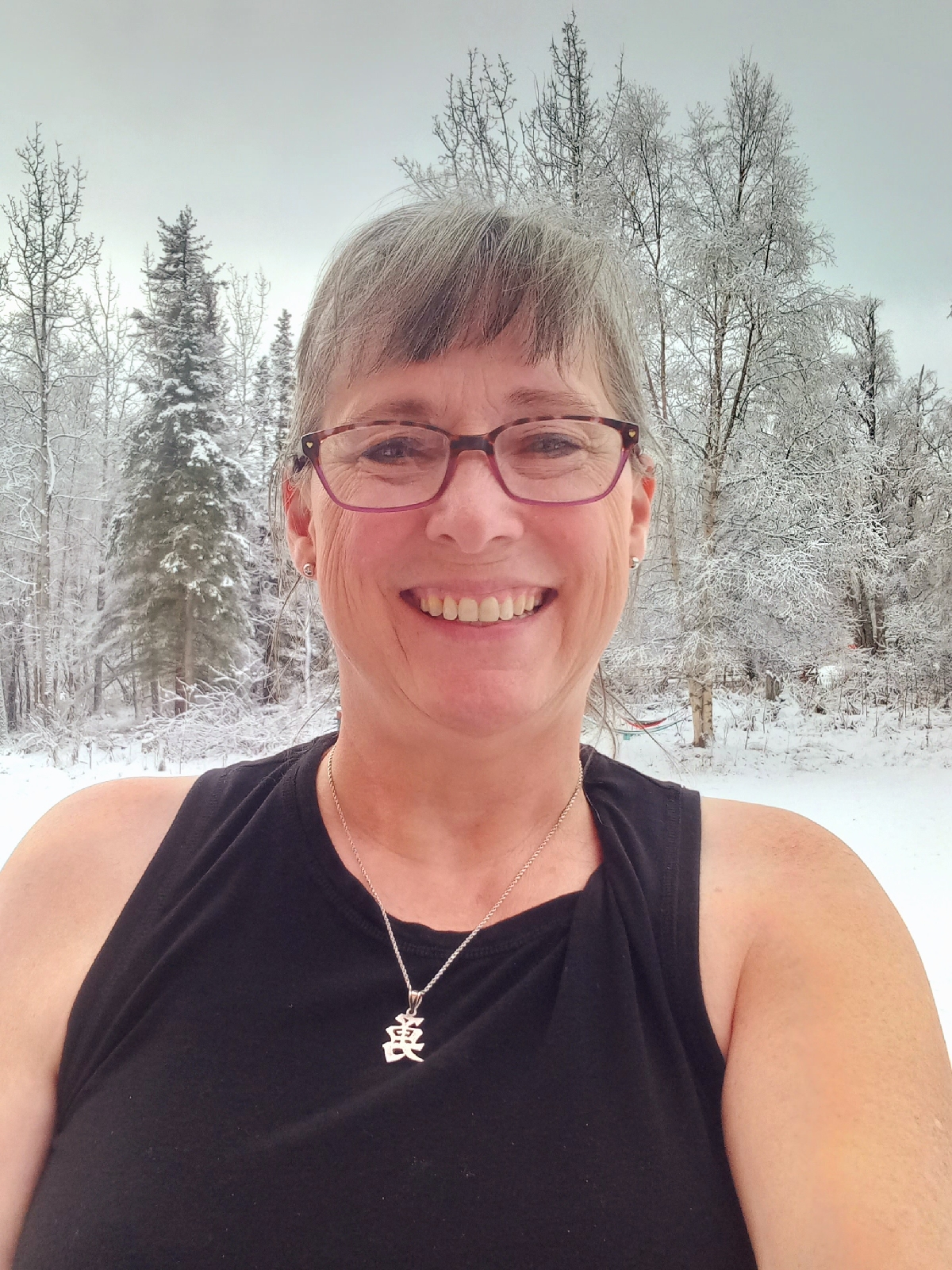 We usually have snow to stay by Halloween.  Last year we had snow early and it stayed. This year we've had snow which melts by afternoon. I had thought this may be IT - but the forecast is rain for the next few days....
Michael came home with pizza just as canning was done. I am loving my new American canner.  We had decided last year a second canner would be nice.  I set about ordering another Presto canner.  I waited for a year. Sometime in that year we put our name on a list for an American canner which was "expected." They called and Michael said we should do it. I would NEVER have spent so much for a canner - but we can a LOT and it is so nice to be able to can bigger batches. Yes, I DO indeed need 2 canners. 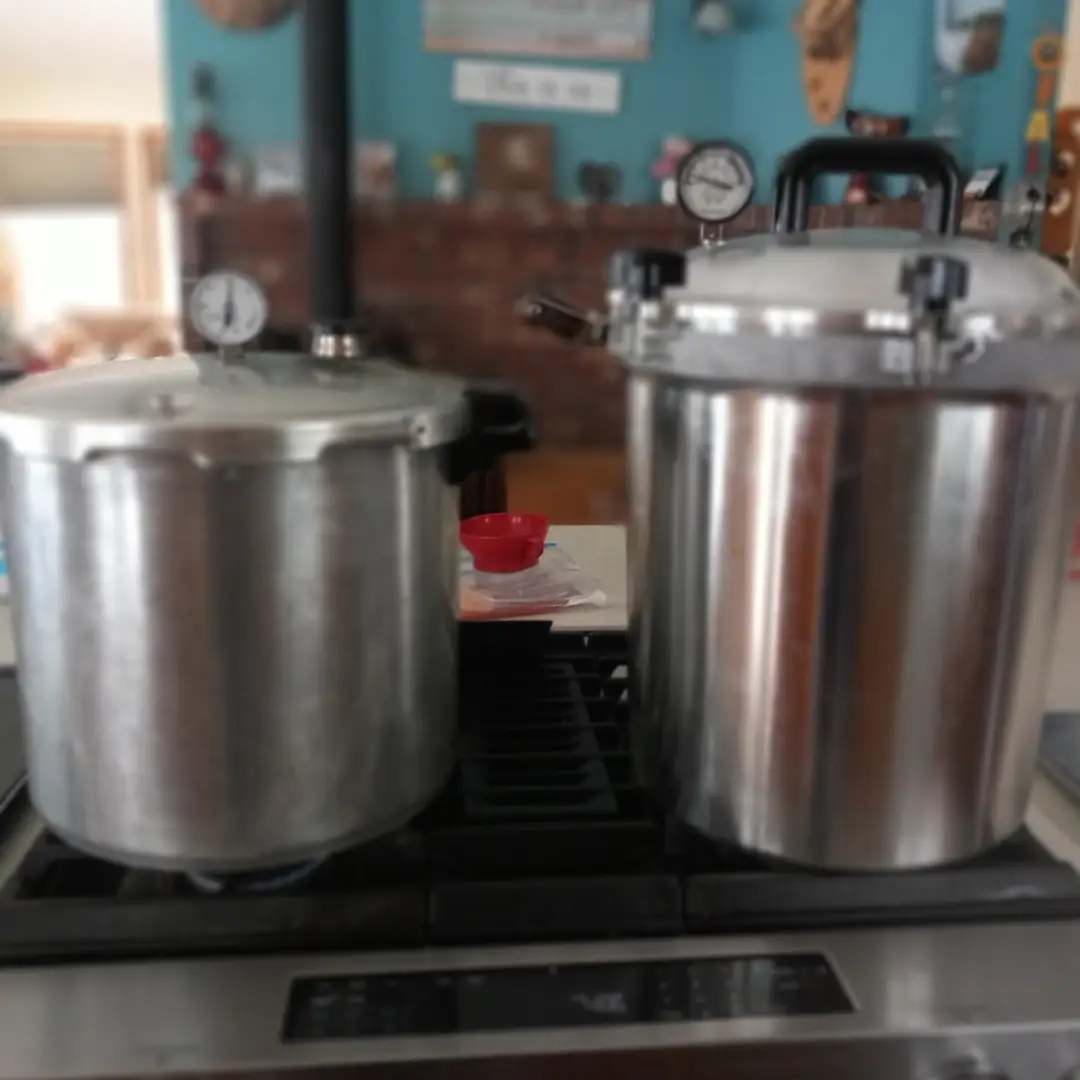 Twenty-eight jars of broth are a pretty sight. I added 4 jars of rice to fill the canner. 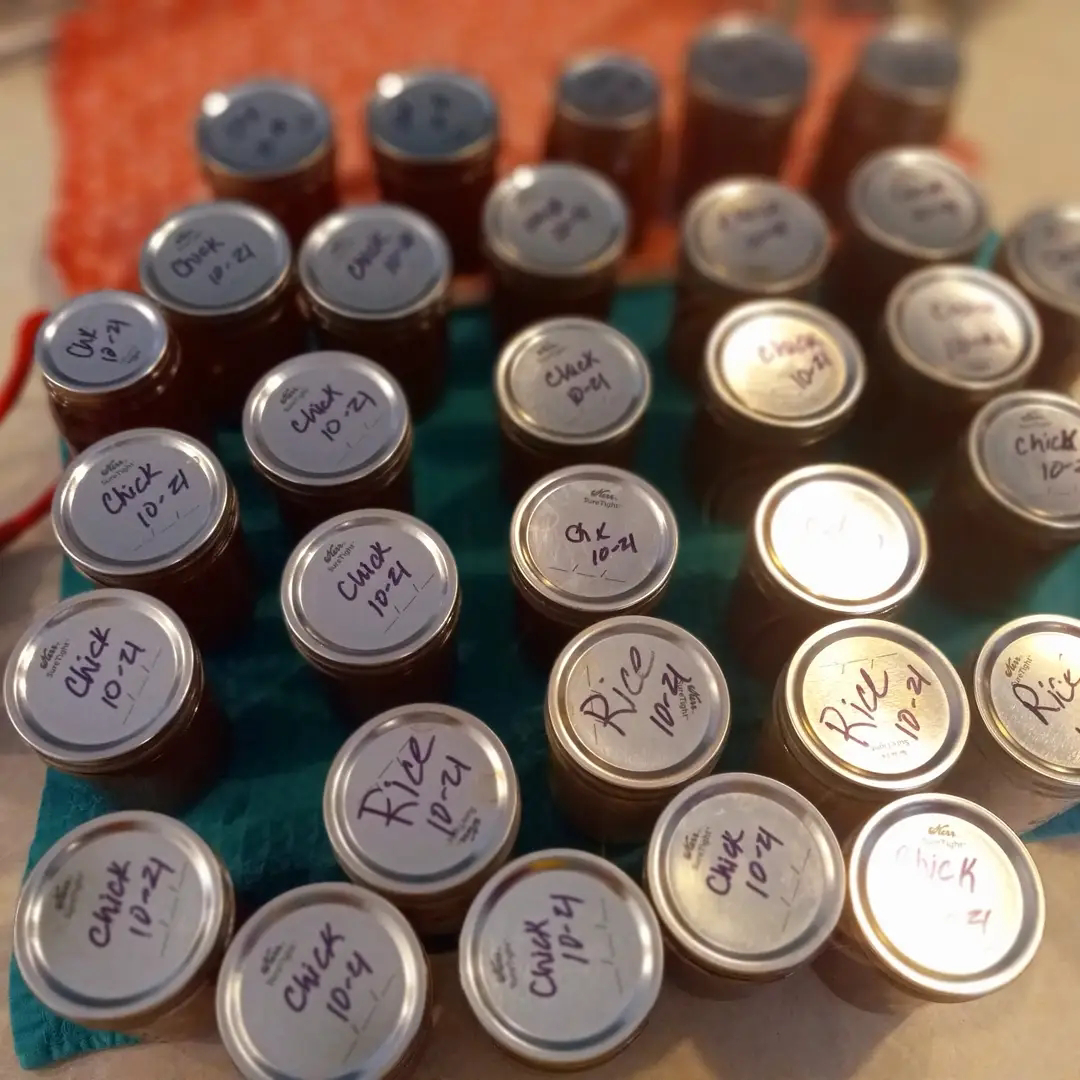 The oven quit. We were happy to have a second second kitchen. Michael plans to dig into the silly thing. We bought it new 2 years ago.