See, the thing about living in a foreign country, where English is not the primary language spoken and written, is when you want to venture into THEIR stores you are often lost. Why do I venture to Japanese stores when the COMMISSARY is right here and I could eat the SAD (Standard American Diet)? Because we want to explore, investigate, fully LIVE in Japan....and so we keep exploring.

Arielle was feeling fine yesterday....and sick again today. I wanted to make her some of our new "Ramen" this afternoon. 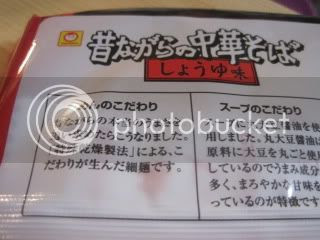 This happens often lately with bills. It's a strange feeling not to understand what you are being charged for. We signed up with GI Bill Pay a GREAT service offered here. We took one "bill" in and asked them how much we owed. Turns out it was simply a notice telling us we had signed up for cell phones. ::snort::

Just as I was about to add the flavor packet, I looked closer.... 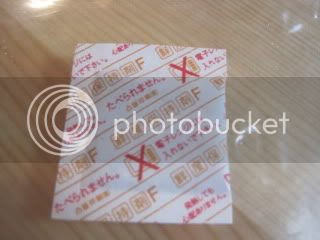 Another little tidbit...the Japanese (at least around here) have a great way of making sure that we understand when the answer is "no" or "don't enter" etc.....they cross their arms in an X fashion and sort of motion in front of you. I've found myself doing it with the kids. They seem to understand clearly what it means.

On a food packet. Excuse me but what were they saying no to? l/p Mom T.

I wonder if it means don't microwave? The picture that's x-ed out looks kind of like a microwave.

Yep - that's what Mike thinks too...it tasted just fine without the packet...it looked and felt like silica to me...but I'm waiting for someone in the know to tell me. I may just open the packet and have Akiko explain to me. LOL