Friday night was the end of Spring Break and the first-ever (that we know of) Misawa PYOC lock in. Big thanks to Kim and her crew for planning and executing this fun night for our youth.  Even better Kim posted photos and a video on the Misawa PYOC Facebook page so parents like us can see the fun (and blog the stories).  In the words of the kids:

Jared: "Nolan was a dancing fool!"

Arielle: "I only slept 30 min so the middle school boys wouldn't draw on me!"

Lock in started with a game of ultimate Frisbee. The boys won! "Only because the boys were taller and have huge arms," retorts Arielle. 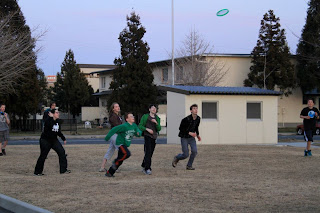 We moved inside and enjoyed some team competitions. Jared was still at work at this point. We (Arielle, Nolan, Cade, Ally, Emily, Mackenzie) were the Awesome Dinosaurs so we could roar in their faces when we run. (We didn't win - excuses edited).  Arielle claims she didn't enjoy chocolate up her nose...but we all think she's simply addicted...snorting chocolate. 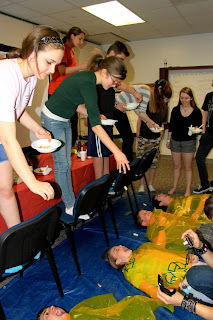 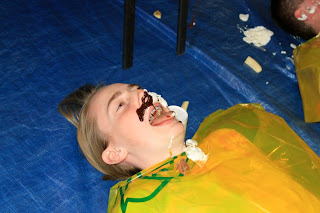 The leaders volunteered the boys on each team for the next game....we put cups of ice in their shirts to see who was strongest. The game lasted for 10 minutes - Nolan was the winner. 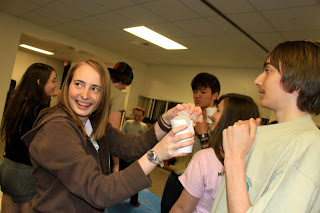 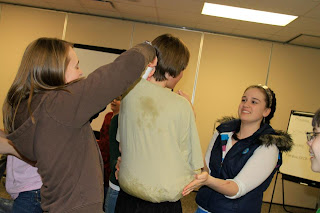 Our student band is AWESOME and we had some awesome-student-led worship..... 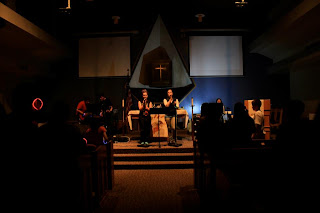 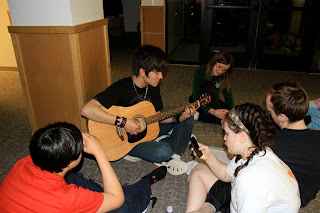 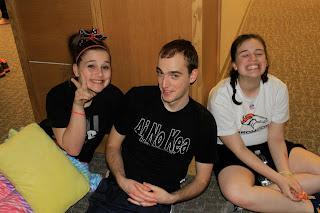 Nolan was the dancing fool - but we found several photos of Jared dancing to the rhythm of his own drummer. 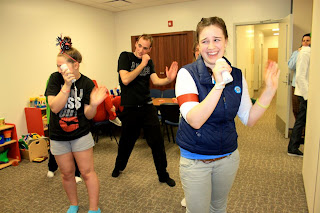 De back: What an magnificent show of leadership. PMOC showed up in the a.m. to cook breakfast for the youth. What a sight must have met them as they walked in to a chapel full of strung out, youth who had been up all night. LOL 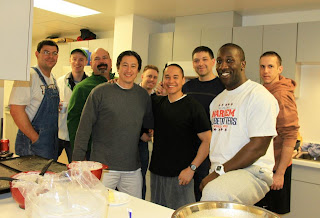 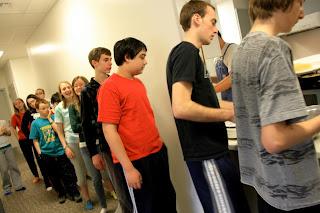 Conclusion: It was fun. We should do it next year.....Jared, Arielle and Nolan

Joyfully Penned by DeEtta @ Courageous Joy at 2:32 AM