Got your attention didn't I?  ::snort:: Moving is a way of life in the military. Moving offices AGAIN after two months on station seems a bit over-achieving.

While the younger two went to the home school room and I went to PWOC Bible Study, the older two took a break from school to help Michael move his office down the hall. 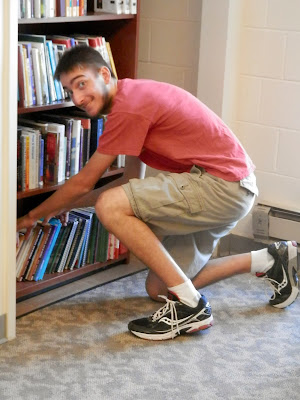 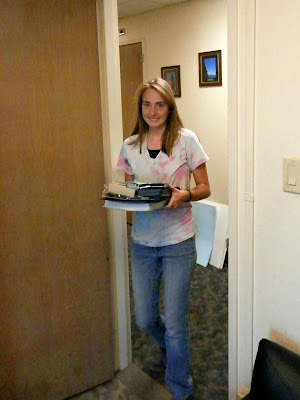 I enjoyed having the older ones on base with us this week. They really like having the house quiet to get a lot of school done on Wednesday morning. Michael and I are appreciative of their willingness to help Michael move his office - QUICKLY....there's an inspection to prepare for.

We redeemed the afternoon with a bit of school. Arielle is less than thrilled to be doing a Biology lab with Nolan this year....but I told her when she got out of it in Japan that we WOULD make it up later.

The photo cracks me up - it's classic and stereotypical as well! I cheered her up by explaining she'll love it when we get around dissecting things. ::snort:: 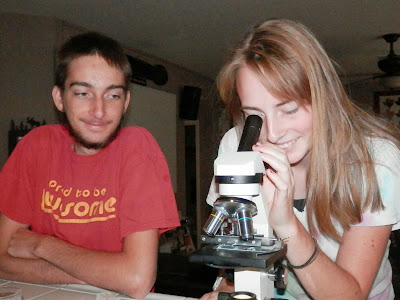 Laura - I desperately need your daddy or Chris to teach science around here. LOL

I truly do understand. :) I cannot tell you how thankful I am that Daddy finally retired and now has time to take over science (and some math!!). Hallelujah!!!!! :D