They Should Write a Song About This Place

We left the crater and headed for Winslow. My man loves and humors me. I'm glad we stopped here. We saw a couple of newspaper articles titled, "The Tough Town that Wouldn't Die." Gotta love that.

Winslow was a train town. When the train slowed down, Route 66 was built and went right through it. When I-40 was built, and a bypass was put in, the town was isolated and business dried up.  A group decided to renovate La Posada (another post to come) and then continued with ideas to bring business to Winslow. They began the "Standing on the Corner" drive. Tourists were stopping at various corners around town....but they erected a statue, had a mural painted and  were off.  There are estimated to be 100,000 tourists a year who stop at this corner. Unfortunately, most jump right back on to I 40.....we walked through the historic section and ate a diner across from the corner.... 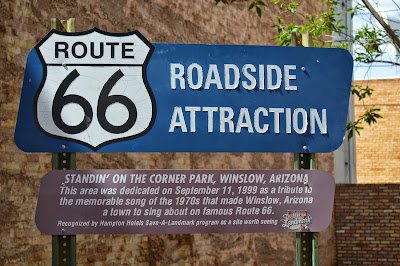 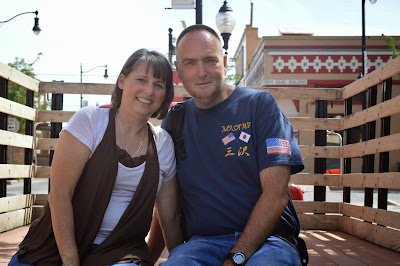 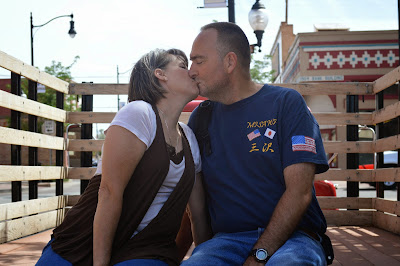 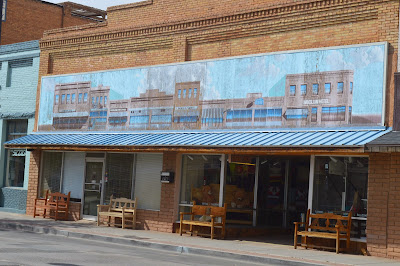 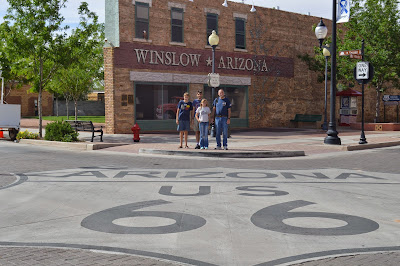 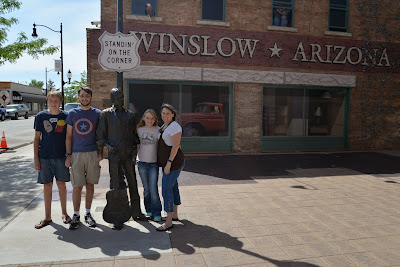 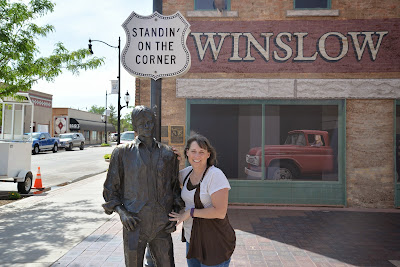 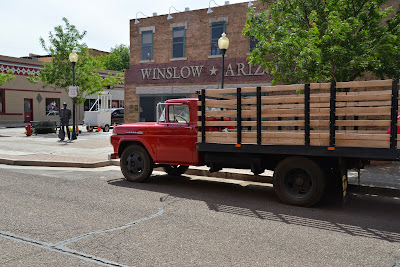 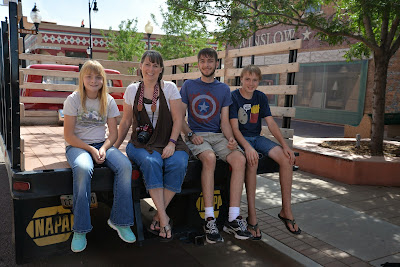 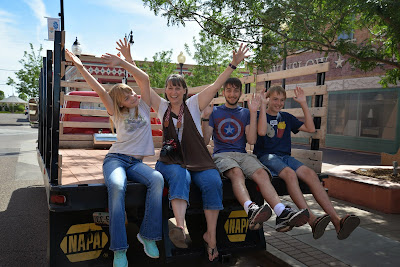 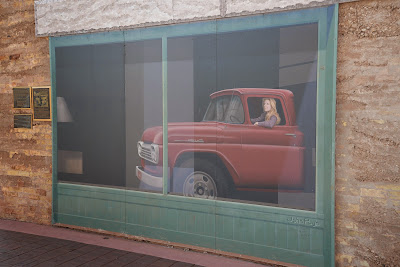 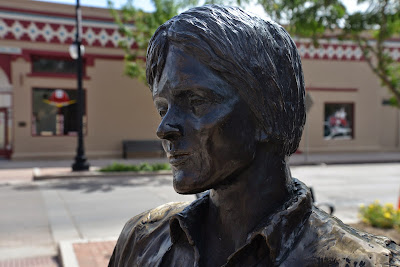 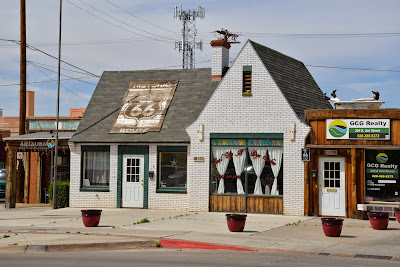 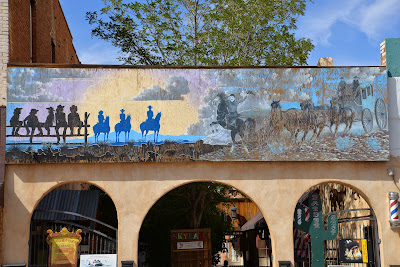 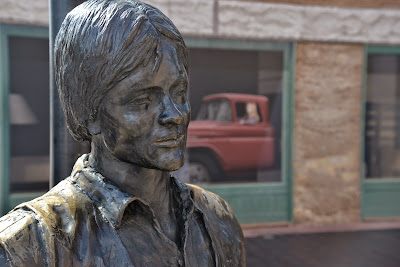 Because some won't have a clue of the significance of corner....and others will want to sing the song and won't remember the lyrics...here are the lyrics about Winslow...(and I'm not recommending the Eagles or this song - but it is what it is - and I'm glad we stopped).

"Well, I'm a standing on a corner
in Winslow, Arizona
and such a fine sight to see
It's a girl, my Lord, in a flatbed
Ford slowin' down to take a look at me

The best line of the day came from Stacia as we were leaving....."They should write a song about this place." ::snort::  Turns out she meant one that would talk about the meteor too.

I'm so glad we stopped to do it - and it was an off chance that we even had the idea - a fellow camper.