In Search of a Shower House

We were told there was a shower house at St. Vrain State Park.  We knew it would have a "nominal" fee. This morning Alex set out for the shower....it turned out to be a toilet. He looked around and could find no other buildings. Michael checked the map. Nothing. 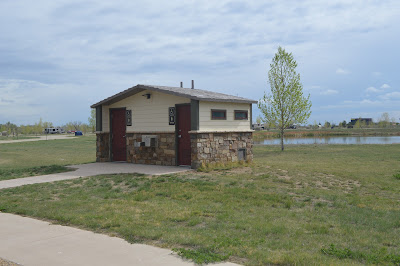 I wanted to KNOW if there were showers, as I planned to write a review of the park.  Yuuki and I went for a walk. In a new place it is quite a challenge to get her nose to cooperate with her feet and my walking pace. 🐶👩🐶 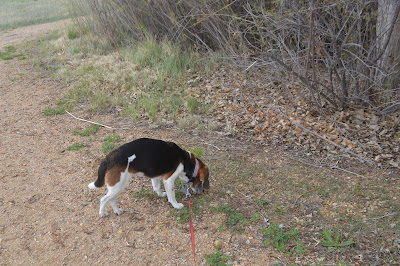 We saw geese, ducks, various birds  and hawks - but no Eagles. We saw fishermen and fellow "campers."  We did not see a shower house.  I did see a conflab of people in little golf carts. The golf cart is the universally accepted sign of a camp host. I queried the group. There IS a shower house - on the NORTH SIDE.  After some discussion I was told it would be .25 for 4 minutes.

Back at Uchi, the others were working through the shower. I mentioned I'd found showers and they were on the north side. I went about battening down the hatches for travel. Finally, I realized Alex was gone. Nolan said he'd gone to the showers. I needed to tell him WHERE they were - but he had left his phone and was nowhere to be seen. This reminded me of the years when "Zander" was a runner. He's come a long ways but we had a conundrum. We were pretty sure Alex didn't have a clue the showers were up by the entrance to the park at the CPW building.   But if we left, we couldn't tell him where we were.

Nolan and Yuuki went to find Alex. Finally calling that they'd found a building and were told where to go for the showers. They hadn't seen Alex.  We were ready to leave. 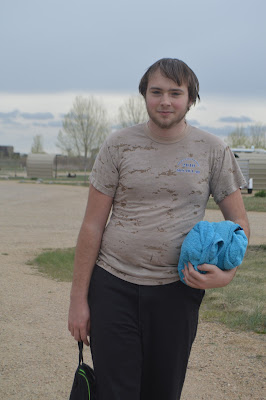 Alex walked up just about then. He reported the shower was .75 for 4 min, but he had found it and enjoyed it greatly.  The slides were in, hoses stored - we called Nolan. He would walk toward the gate and there was "no way" we could miss him.

Reunited, we left the park about 30 min behind schedule - but we're retired - who has a schedule??!!

Joyfully Penned by DeEtta @ Courageous Joy at 10:45 AM