I raised a ruckus to wake the dead because I wanted the nest box Harriet was in - not one of the 8 others! 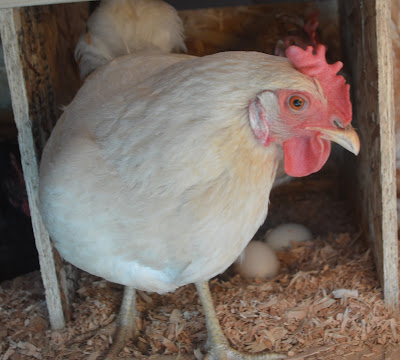 You can't see clearly in the photo above - but there are two hens in the box - jostling for position. Harriet won...and was indignant when I proceeded to take the eggs from under her. 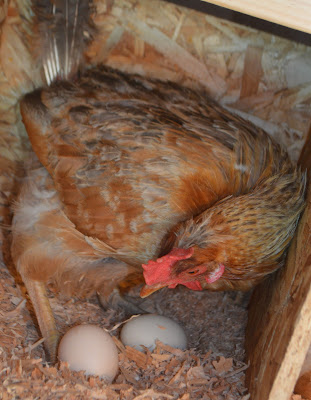 It started with the weasel attack. Then one of the hens attacked Lucille.  Shortly  they all had missing feathers....tail feathers at first. They had cabin fever. We put "no more peck" on the spots.  The bare spots grew. Their tush's are completely plucked. We gave them plenty of things to do instead of pecking. We isolated Lucille. Each time Lucille goes in she is TERRIBLY injured. She now free ranges during the day and sleeps in the garage.  The girls continue to lose feathers. Around their tails, their bums....Maybe you can blow up the photo and see. Any ideas? Could it be lice or mites? What have you found to help best if it is mites? They have dust baths. I have DE, but haven't used it on them. 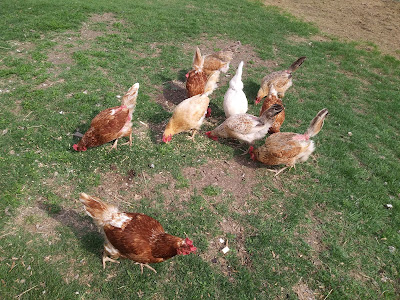 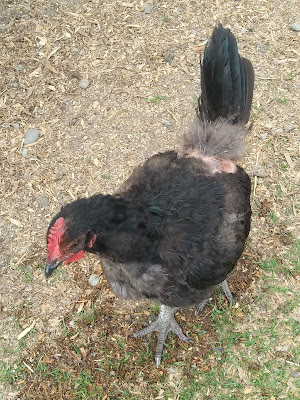 This year's group is happy on their side of the fence. There hasn't been much interest from the big girls at this point. 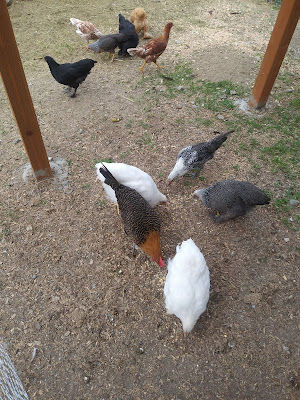 De'Etta, Google molting, that is what your chickens look like. My family raised chickens when I was young. I don't remember what the cause is but maybe google can help.. Love You Guys. Tell (Pedro) Paul he needs to hold his mouth right when he fishes, he will catch more..