The day began with our traditional cinnamon roll breakfast.

We piled into the car and headed out to Farm Loop Christian Center, CoRielle's church. It is always fun to join them.  We came home, had lunch and opened Christmas stockings. Basically the girls' and Michael had one or two things I'd found...but our shopping dates were curtailed by the storm which blew in. I fund this shirt for Michael, with the tags on, at a thrift store. LOL 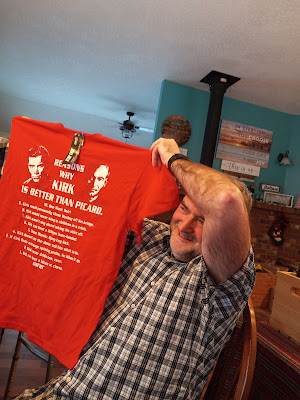 I had bought this fun game for CoRiell's boys, but Arielle had told me had it already. I decided to keep it here to play when kids are over.... It's a hit with kids of all ages... 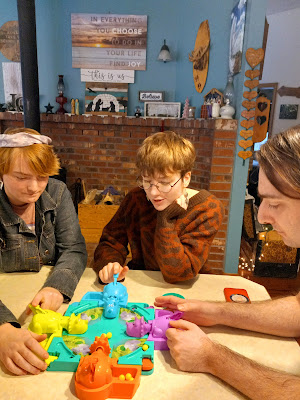 About 3:30 or so our home began to fill up. BreZaak  were unable to make it as they've had quite a round of illness in their home. CyRi spent the day with her family.  The noise level increased, the fun meter went through the roof. 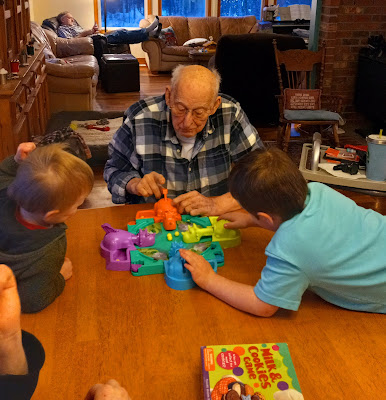 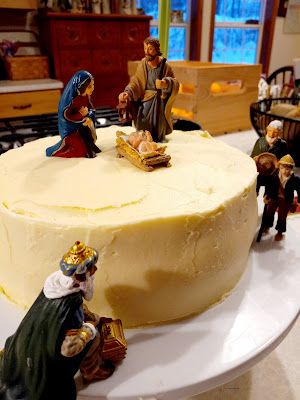 It was fun to watch Danny come back to the cake again and again. He was fascinated. 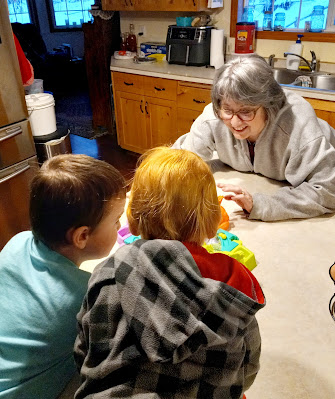 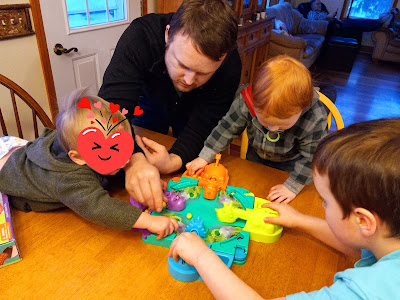 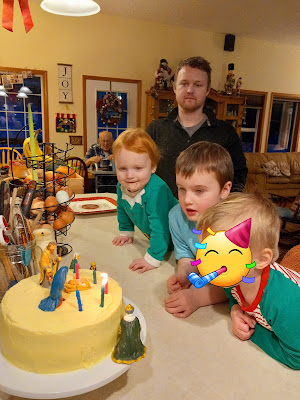 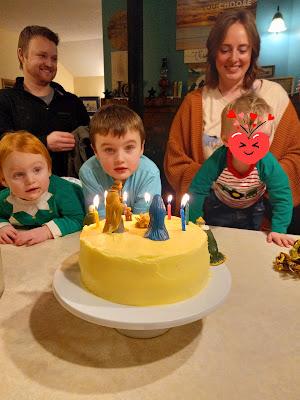 Danny took the soundbox out of the hot potato. He loved pushing it and dancing to it. I couldn't quite catch it all without also catching Little Buddy but here is what I got.
Listen to the big kids playing Egyptian Rat in the background.
About this time, we heard from BreZaak. Jojo had an accident and needed to get to the ER.  One of their cars was snowed in and the other wouldn't start. We mobilized. We prayed. Cory drove Bre and Jojo to the ER. Michael eventually drove Arielle home to get the truck so she and the boys could go home.  Jojo is fine. His hands are burned but he's o.k. He's so tough.
We haven't seen Larissa since October (or maybe it was early November). Little Noah has certainly grown in the time. It was so great to see her.

We settled down to watch a movie - trying to calm the little guys down...
And, this ended the first day of Christmas. It was a very full day...full of activity, emotion, chaos, memories, the unexpected - full of family - worship and wonder. 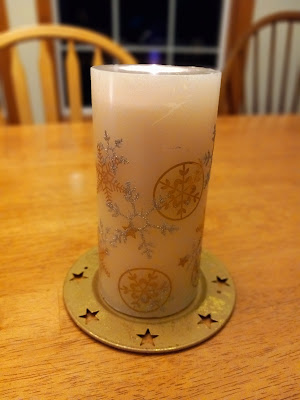