Jared chose to hold off on his birthday gifts until my birthday this year. He felt like gifts so quickly after Christmas was "greedy". So he waited. He has been asking to have his "bike fixed". Mike and I discussed the fact that he is now 6'2" and that his bike is woefully small for him. We didn't want to go out and pick one out without asking him...but he agreed that he'd like having an adult bike.

Unicycle is not quite right 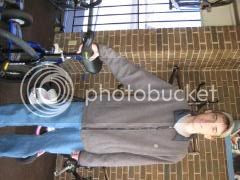 I thought THIS one had possibilities 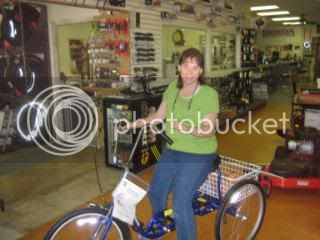 Stacia has discovered there is more to life than Zander's blue hand me down bike....oh oh. 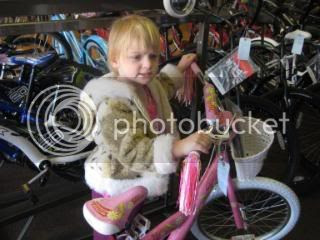 This is the one we bought. He's enjoyed several rides....prompting me to think that at least one of my cardio workouts per week could be a bike ride....I miss them. 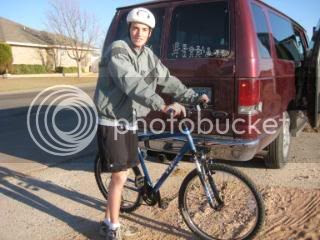 Sis: Think we need a bike like your choice. Not on your life yet!!! Going to fix ours for this summer.

I wish it were warmer here. My bike is set up on a trainer on my porch - which is covered in plastic right now but still out in the elements. I managed 10 minutes on it yesterday morning & it was COLD! I'm still waiting for the January thaw to arrive.