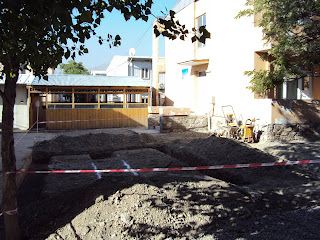 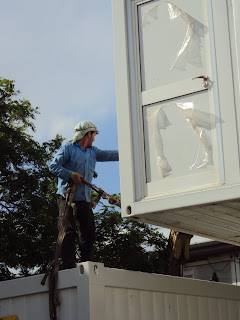 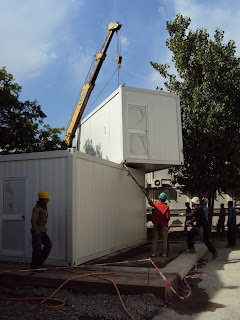 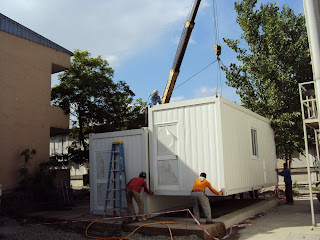 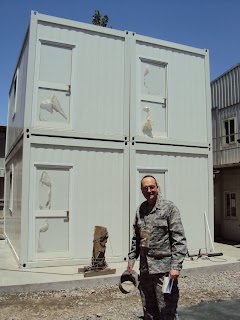 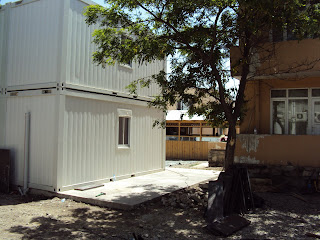 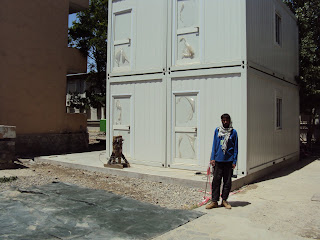 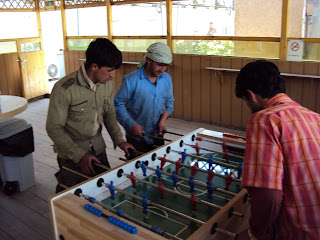 Joyfully Penned by DeEtta @ Courageous Joy at 12:58 AM

How fun to find new posts on the blog. I told the kids, "let me update, I didn't update yesterday" and voila - two posts by magic.

I think we need to consider these Conex for the land we buy in AK....plop and we'd be done....We could create a theme park...."ever wanted to live in a semi-trailer"....hmmmm....

The big question is - have you been playing foosball with your guests?

No foosball yet with the guests. They are just learning how to play. Soon, though.

HI: One thing about that type of building.......... you know it is built strong as far as walls go so you won't be falling thru anyplace....