Michael stepped out of the 11:00 service while he's acting wing chaplain and preparing the chapel for the upcoming UCI.  This was the first week out. As he's been working 7 days a week for a few months....he declared we were going to have a family day at home. This was a RARE day when neither he nor Jared were working. It seemed a bit radical to me for a Pastor's family on Sunday....but we already knew we'd not be going to the 11:00 service...so we went with his vision. 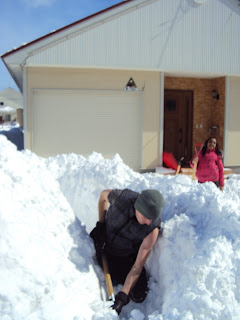 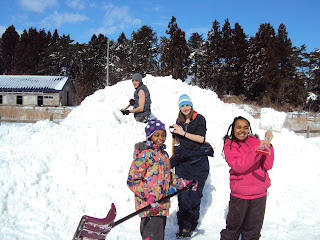 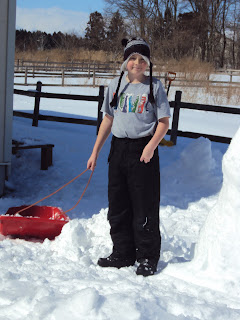 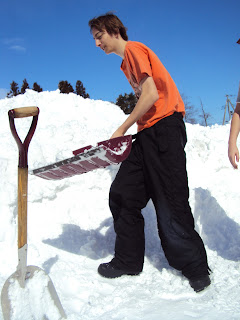 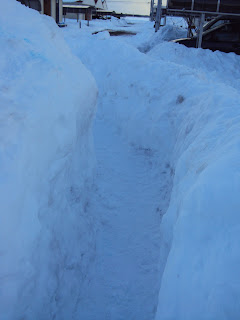 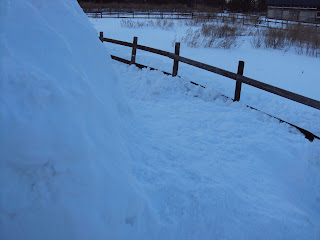 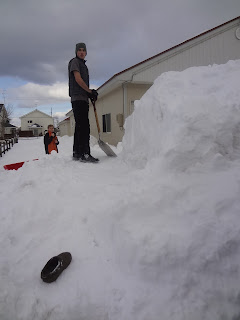 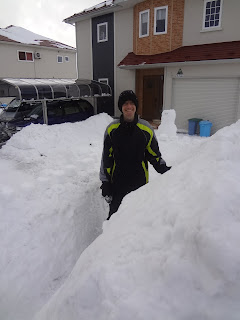 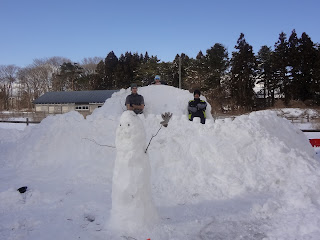 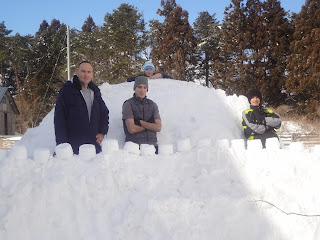 In the interest of full disclosure the wimp prefers to be TOASTY warm and stayed inside to ready hot chocolate and put soup in the crock pot...and read....and watch from in front of the heater....though I
er the wimp, did venture out to take photos of all the activity....resulting in near frostbite!


And as soon as that last photo was taken a rip-roaring snow ball fight ensued!

Joyfully Penned by DeEtta @ Courageous Joy at 2:29 AM

HI: Family days are sometimes the most important thing for certain delcared days. Glad you were all home. We remembered that one day in Alaska when everyone had snowballs lined up and waited for the picture then POW! Sorta thought that was about to happen. :):):):):) love/prayers Dad/Mom or 2G's T.

What an amazing amount of snow--the blue sky makes it look fun instead of endlessly cold though. :)

And, hey, De'Etta, someone has to sacrifice and make sure there's warm cocoa. And soup. And reading being done. Moms are always the ones to step up for that. Big sigh. (lol)

I loved the pictures of people playing in the snow in t-shirts--there was obviously some serious physical exertion going on to keep them warm!

Your guys really know how to make the most of the snow! They're in short sleeves and you're getting frostbite taking a picture. It does look mcold I can see why you'd rather toasty, LOL.

Yeah - it IS funny - but I was freezing...they kept telling me I'd warm up - but I opted for the inside jobs. LOL