An Afternoon Spent OUTSIDE!

When I got home from my morning adventures Michael was outside. He had started a fire and was out in the woods. It looked like he was trying to move a giant pile of snow.  It turns out he was uncovering the brush pile from last year. THIS is the perfect time to burn it and all the downed branches we found in the yard. 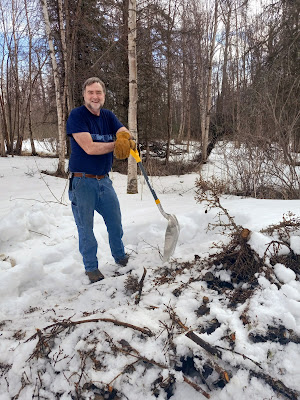 I was up by the fire yelling to him in the woods and he said, "Come on out, the only thing between us is snow."

I KNOW how this works. For 38 years I've been ,"Following his footprints in the snow," and sinking to my waist. I couldn't resist getting OUTSIDE and seeing what work we have to do. 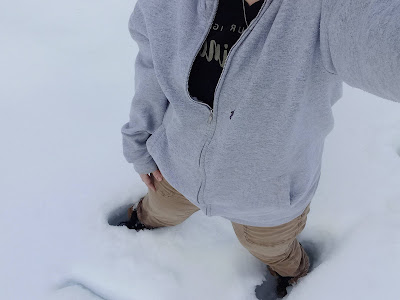 Yes, I sunk deeper than Michael.  This is not the deepest part of the yard. I DID make it out to him and the pile - thus the photo of him.  I have been thinking how nice it would be to sit in the hammock...and GG was sleeping inside. The girls were listening and promised to get me if he woke up.  I followed the moose tracks and headed for the birch stand. 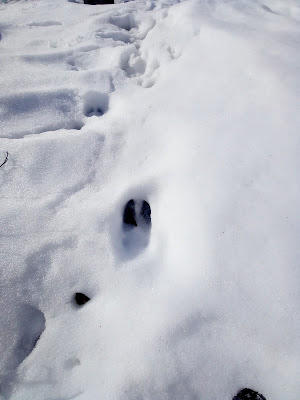 Yes, I know it's early for hammocks, but I simply couldn't resist. This says spring. This says the outside season is beginning. We spend as MUCH time as possible outside in the spring, summer and fall. 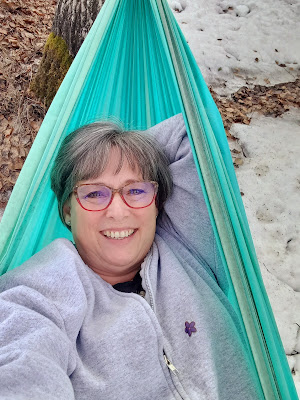 I got a wee bit wet in the process, but it was well worth the trouble. 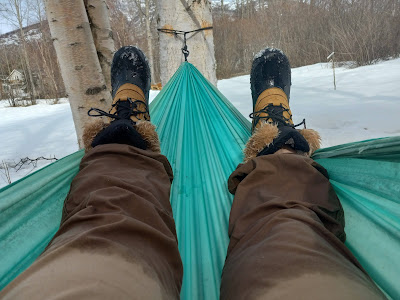 It is PEACEFUL and HOPE-FILLED to stare at Birch branches and chickadees. There will soon be more life to observe in the branches. 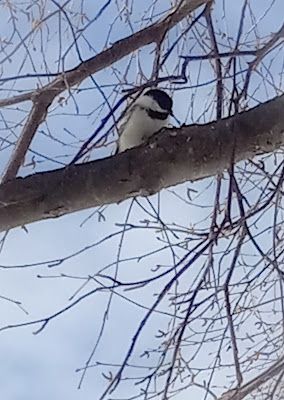 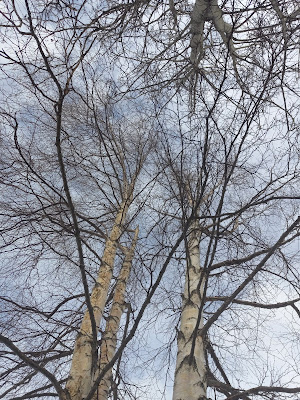 I noticed Michael was done shoveling and met him over at the garden plot to survey the damage from our big January storm. This "greenhouse" was built over two beds and it was sturdy. It made it through the first winter with no damage at all. It seemed to be flying through this winter until the storm. The poles are all snapped at the fittings.  I suggested a quick fix for this one - rebar, pvc and plastic. I think we are going to need to build a green house with a foundation, framed sides and glass...because the kits and such are just not working - but the chicken coop hasn't blown away. 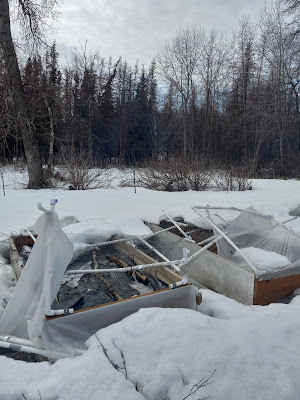 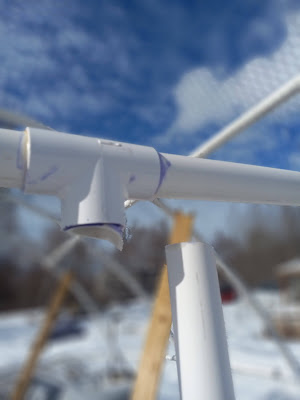 This is SAD. THIS is supposed to be where my seedlings grow.  It's going to take more to fix - but I think it is where we'll focus most our energy after the aforementioned quick fix for a few of the other beds. 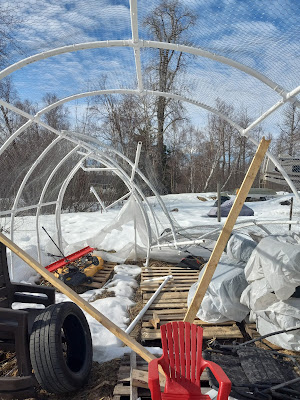 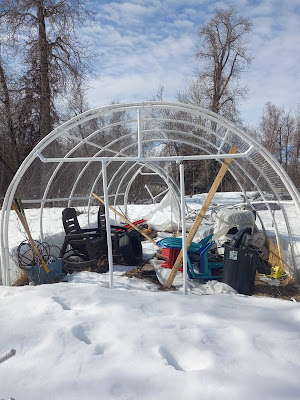 We'll find all the plastic...since we were out here we moved a couple of chairs to the deck and several more to the fire ring.  I shoveled a quick walk from the ring to the back door of the house. I ran in and grabbed a mug of tea. 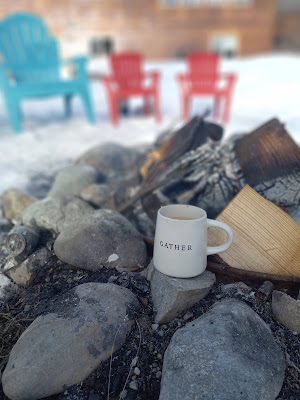 Michael and I spent 30 - 40 minutes warming by the fire, discussing things we've been reading and pondering, plans for life group, the yard, and summer/fall entertaining.

It's greatly encouraging to have a fire and the chairs about...a spot of color in the white.  Yes, it's spring...and soon we'll have muddy grass instead of snow...we'll endure that phase and then it will gloriously green up....and we'll have sun....we're up to 13 hours of sun now.

We were very tempted to grab the 'smore kit, but it didn't seem right without some kids around.