I believe the girls began discussing redecorating their room before Krista moved out a year ago. The original plan called for a Van Gough wall mural and many Dixit pictures.  I was game but they seemed to go back and forth on the mural, and I didn't want to put that much money into something they may not really like.
Around Christmas we found the bedding sets....and then they chose an accent color from the comforter to put on their accent wall instead of the Van Gough. I was a bit mixed up and thought they were painting the whole wall, so we have a LOT of extra paint. LOL

We got home Sunday evening and the girls were excited to start. They planned to do it all, but Michael is a bit particular about taping.... they agreed it would be good for him to tape the walls. 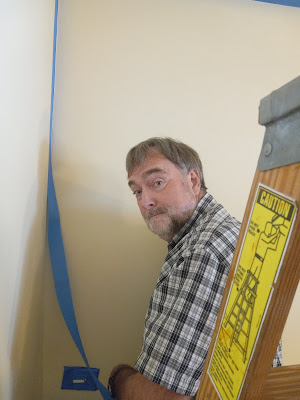 It was an unexpected Sunday evening project, but it was great! The girls pulled out nails left behind by CoRielle and then Krista.... Michael finished taping and they began painting. 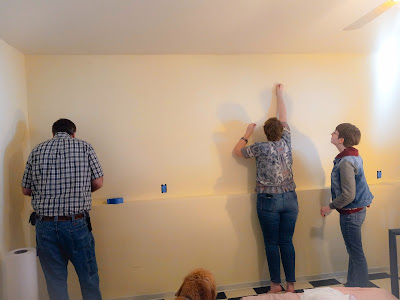 Allie cut it in, and Stacia did the rolling - this system was well thought-out and worked well. 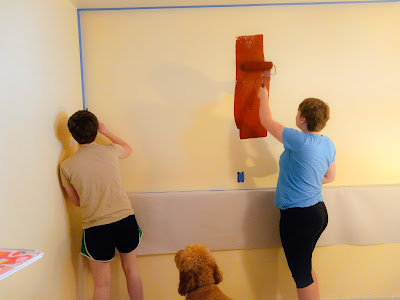 Allie really gets into her work. 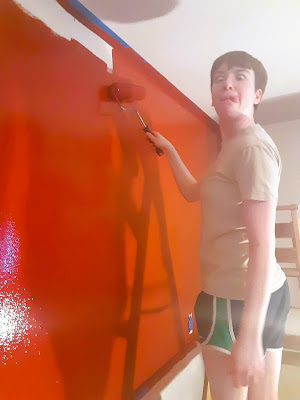 Stacia is amazed at the results. 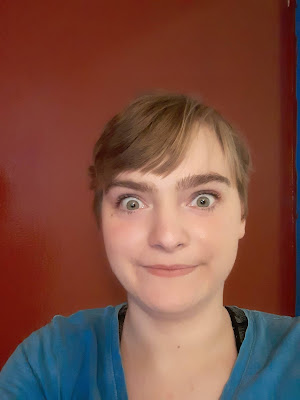 The color is striking. It's warm and pretty and matches the comforters perfectly. They plan to buy a bit more artwork, some curtains and hang a few more things. It's coming together nicely. 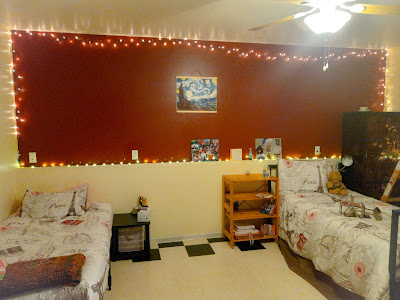