When the Moose Play

I looked out the window, as I tend to do in the early morning, and noted the garden looked different. I turned back. The leaves were missing. Oh NO. I knew. Moose.

I can't tell you how sick it made me feel. I knew the harvest would be less this year due to all the rain and things like beans not doing much. I knew my squash was struggling. BUT the cool weather crops were doing great. All the hard work. The battle with weeds. In one night - destroyed.

Yes, it felt like the death of a dream. Yesterday was a busy day but I took 45 minutes to start cleaning up the mess.  First I confirmed it was moose...check the hoof marks...the way things are eating from the top down...often the middle is eaten and the outer leaves left. 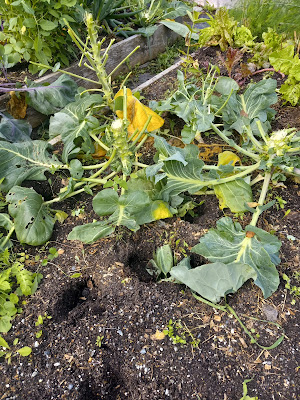 I noted they marched straight through the shorter beds and destroyed anything in their path. They tended to eat around the taller beds but didn't get into them. They could have.

Kale gone. They seem to like the Russian kale better than the  Dinosaur kale. There were two plants left of the dinosaur kale. 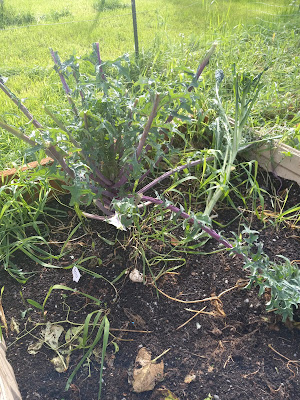 They thinned out the beet tops, but there are still lots.  I will harvest AFTER this busy week. 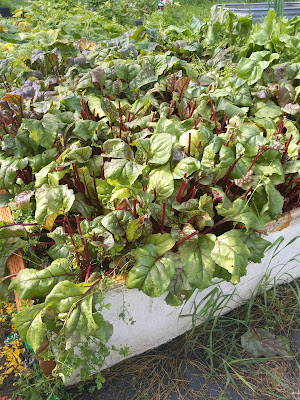 While they liked the tops, they did not like the beets. This is a win for us. LOL 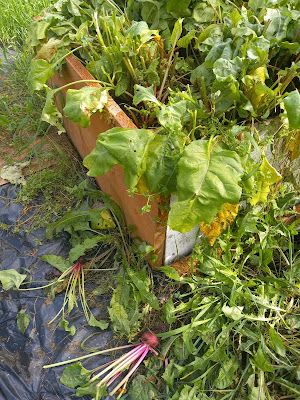 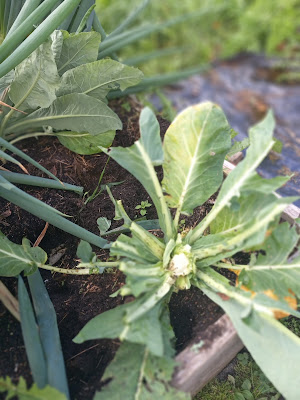 They left the flowers - which is good as I plan to cut flowers for our Fall Ministry Launch. 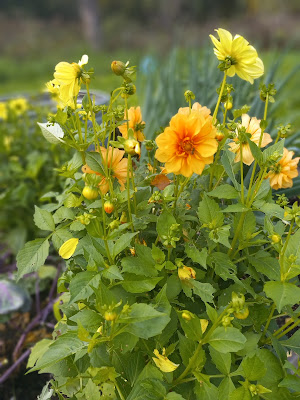 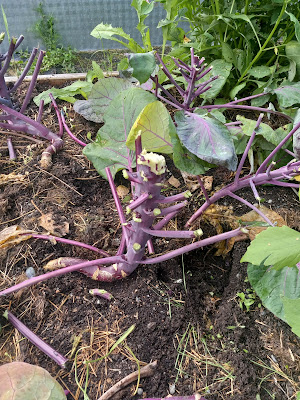 Will the sprouts they left continue to grow? We may get one meal from our 18 plants. 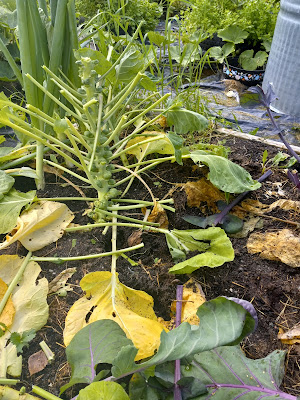 Alas, I had to admit watermelon defeat too. It simply didn't stay warm enough to grow melons. They bloomed, grew little melons but didn't set. I pulled all the vines. 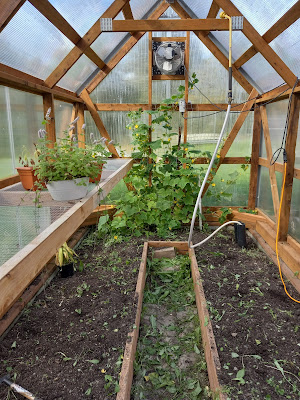 I think the gardening year is coming to an end. I still have beets to harvest. I still have carrots and cucumbers to harvest. I have the bit of kale and more onion tops than I can deal with.  It did feel like accepting the death of a dream today.....but THEN...I continued to build the lasagna compost bed in teh garden...adding a layer of green from all the destroyed plants and a layer of brown - straw.  That's looking forward to next year. 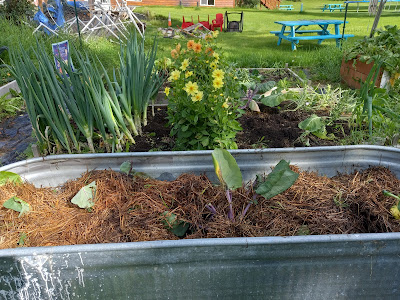 I also transplanted the small kale to the greenhouse. We'll see if it takes root. If not, we'll eat the leaves in the next day or two. I'm thinking of doing some baby greens in the greenhouse now that I pulled the melon vines. BABY greens - I think there's still time. 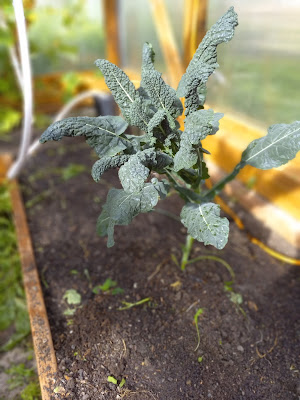 How did this happen?  The first year we dealt with moose. Michael put up an electric fence and we've been VERY careful to keep the grass trimmed, the fence plugged in.... We have avoided this due to the electric fence. Our last night around the campfire the top wire of the fence was let down.  We didn't put it back up, we also didn't plug it back in. We unwittingly set an open gate before the moose, and they took advantage. I don't think they even fought the temptation. A moment of carelessness on our part and a season of work is devastated. That'll preach.  It's odd there was a moose in our yard. We got a bit lax as they NEVER are down here during hunting season. They show up the minute hunting season is over. Maybe hunting season is over?

We are talking about covering the massive areas of weeds with black plastic and leaving it next summer. Planting only the beds and greenhouses...working on other projects...coming back to it the year after. We'll see.

I had to comment!! I am so sorry about the mooose!!! Terrible.

Thanks, Shelley. It is discouraging. I'm ready to be done with the garden for the year. Still a lot of work to do getting it ready to sleep this winter.