Game Night at The Girl Gherkins'

Tonight was game night at the Girls'. Arielle ended up having to go to work - she switched with another employee so she could take New Year's Eve off. Krista invited several friends, Gma & Gpa, all of us and BreZaak for Yumm! Bowls and games. Each brought a topping and Krista made up a huge pot of rice and bought Yumm! sauce. I thought this was a great idea for feeding a crowd.

Lord of the Rings Gang 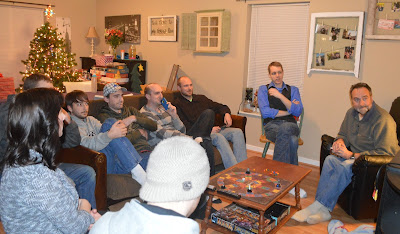 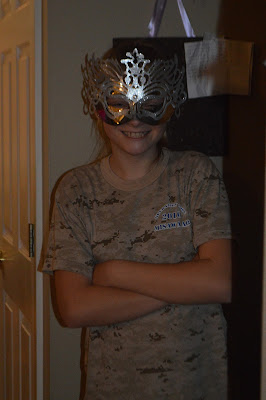 Sean and Marca needed to leave after the big triva match ups as they work this week. The rest of us began epic rounds of Mafia....the game where pastors and their family sit around and try to murder each other and deceptively pin it on others. ::wink::