Tying Up Loose Ends in Osan

This is our last full day in Korea before catching Space A back to Misawa in the morning (Tuesday).  Our sight-seeing is done. I don't think we can fit one more cultural or historical fact into our brains. Most of our shopping is done. Today we tied up loose ends.

The banners here made me smile....Happy New Year - with the Christ Spring Celebration... We hit the shopping early....we had a few won left to spend and I wanted to pick up a gift for Michael and ceramics. 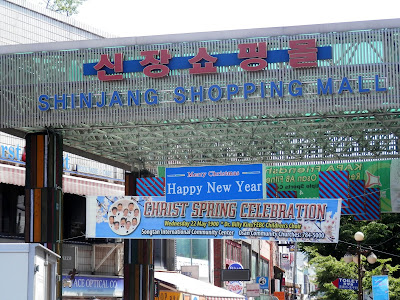 As we walked along talking about which stores to hit...two men jumped out of a store. They asked if we'd like to buy a purse. Since Michael HAD said I could buy one....we agreed. They locked the door.  I've been looking for a BIG purse/tote bag for two years. One I could use when traveling. They showed us cute bags and I said they weren't what I was looking for. They unlocked the door and took us next door...locked the door again. I was glad the boys were here for this experience too. I still didn't see anything worthy of parting me from  my money. They took us down to the basement.....and locked the door between the floors.  We looked. I didn't see anything. THEN.... he removed some drywall from a wall and there was a small "hole" he climbed into. He said to follow him. I gave Nolan my purse and told the kids to stay there. I crawled through the hole, feeling like Alice in Wonderland, and there was a room full of bags and purses. I found my bag. The kids continue to laugh about the hole in the wall. ::snort:: 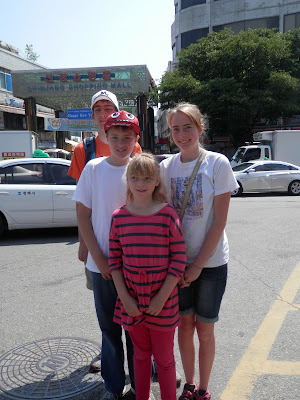 We picked up the gift for Michael (scouted it out yesterday). Years ago Michael began bringing small gifts home for each of us when he traveled or was deployed. We wanted to get him something - not quite so small but I think he'll like it. We picked out ceramics and the couple SWEAR nothing will break in our suitcases. She had told me she took credit but when it came time to pay she made it clear she'd prefer cash. ::snort:: SO.....we broke for lunch.

We wanted to catch up with Kim and Hannah. Kim was Arielle's first out-of-the-home mentor. Kim's mentor group of young girls actually planted seeds which I see sprouted into the mentor group I've enjoyed these past months. Hannah was one of the gals in our mentor group. Both have PCS'd to Osan.

Kim suggested we go to Star Kebab AND pizza. Great idea. Check out my lunch....I was a very happy nutritarian. The bread is like pita bread but blown up - full of air. LOL  Our time was "short," but sweet (other than the younger two who I think are about done with traveling). 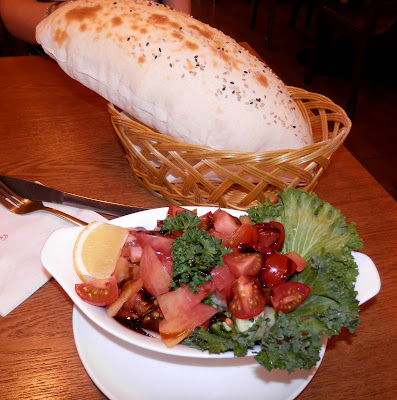 Hannah, me and Kim 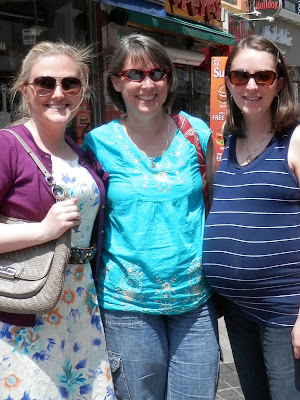 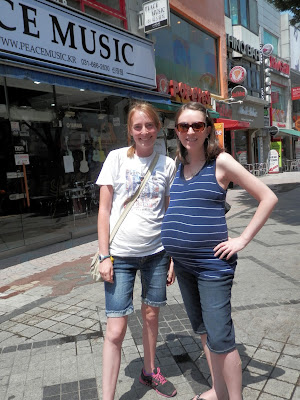 After lunch we walked to base and got dollars and headed back to the ceramic shop. We also went to Skin Food where Arielle was happy to spend won for me. Buying fun socks finished off our won. I've never worried about spending won before as I always thought there would  be another PWOC "WILD" or conference. We have five W1000 left and I have a plan for them.  We popped in here for an afternoon pick up and then headed back to the hotel. 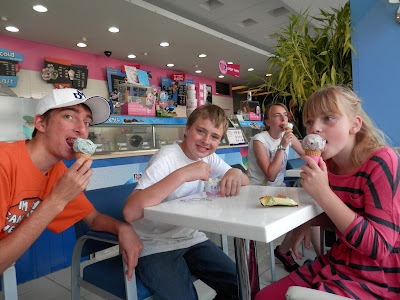 This wasn't exactly what I was envisioning - I think they'll be fine....maybe I should have bought more. 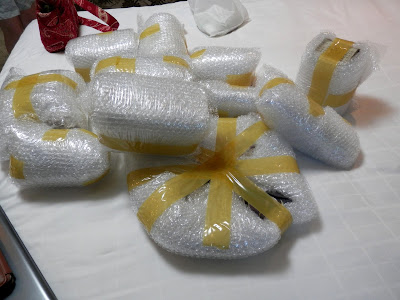 We spent two hours enjoying the glorious sun in the hotel pool. It is up on the roof so I grabbed some shots of the neighborhood. I'm dreaming that summer has hit Misawa while we've been gone. 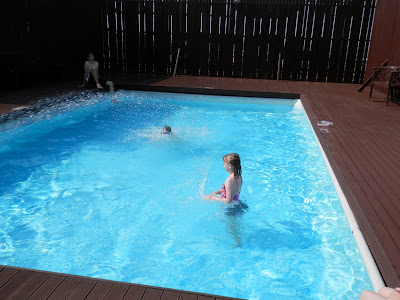 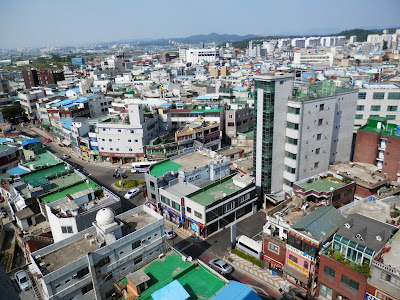 Love how they utilize their roofs 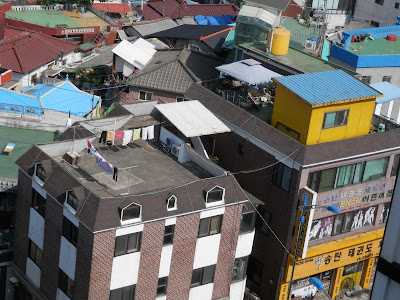 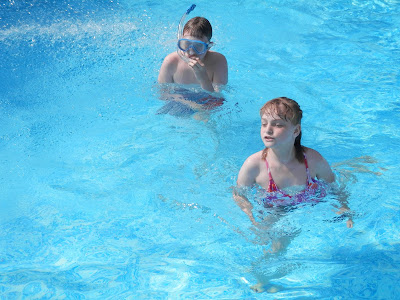 The kids opted for the food court on base for dinner. Up we went....While there I SAW the Krispy Kreme "counter" and decided these certainly would not be fresh off the conveyor belt and would not be worth going off our eating plan. We DID stop and pick up some bagels and muffins from Starbucks, coupled with our fruit and cliff bars and we're set for breakfast in the morning.

We were back at the hotel at 7 p.m. watched Nancy Drew and all are in bed early. Our plan is to leave the hotel at 0630. I'm not sure WHY they say I need to do  be so early as we've been  signed in since 3 June...but we'll not take chances.

Joyfully Penned by DeEtta @ Courageous Joy at 5:30 AM 0 Gracious thoughts