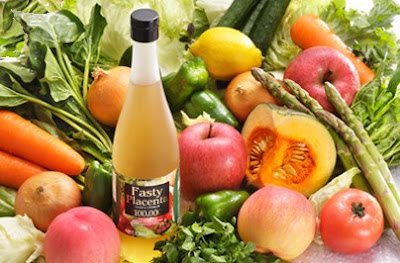 Check out the label....this ad shows up on my Facebook page. It is a vegetable enzyme drink which is supposedly good for short term weight loss. You are supposed to drink this for three days instead of food and it will keep your skin and body young. The placenta is made from animal placentas.

Reminds me of the bowl of collagen I ate while at a fancy restaurant....

We Had A Plan - Prayer Request


We don't often have a plan. But TODAY - WE HAD A PLAN!  The weather forecast was nice. Michael is not assigned to a service any longer. We'd go visit Shipwreck and catch the evening service. 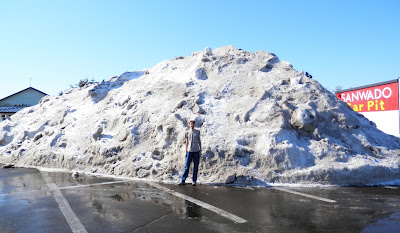 A mild disagreement broke out in our home...with three of us insisting green eyes exempts one from wearing green on St. Patrick's Day. In any event, Michael, Arielle, Nolan, Stacia and Yuuki have headed for the beach. I'm home with Zander and will do some blogging, some reading, some nursing....

We'd appreciate prayers for Michael.  He's had this pain  for far too long....we really haven't seen a lot of improvement after the surgery and recuperating time....and no one has any real idea of what the pain is or how to fix it. More surgeries, without concrete hope of improvement, seem counter-productive.   His shoulder has been hurting since January. He has a torn Rotator Cuff.  He's been on an anti-inflammatory for two weeks and we've not seen improvement there either....seems the same or worse to me.

Ah....the adventurers are home.....here are some shots. The waves were rollicking and the mountains were very clear in the distance.  Beautiful scenery. 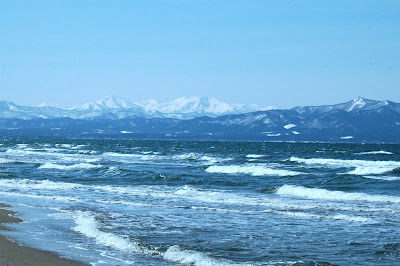 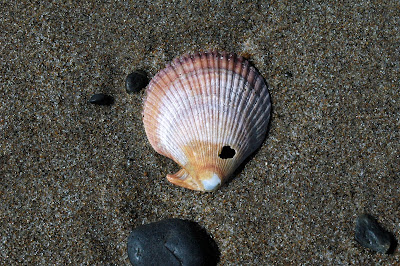 Nolan found his third glass large glass float.  This one definitely is showing some wear and tear - or at least an extra large batch of attached critters and such.  We all walked by it once.  Nolan saw the float thinking it was a black, plastic one and thought he might like to throw this particular one back into the water only to discover that under the barnacles was a glass float.  Sometimes it happens just like that. 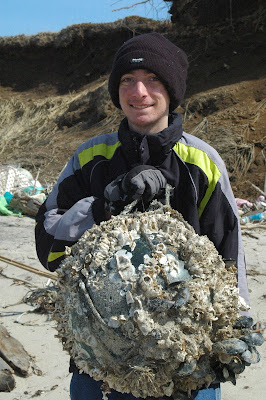 For some reason unknown to us the Shipwreck has been dismantled....sad....glad we have photos from the past 3 years of visits to the Shipwreck. 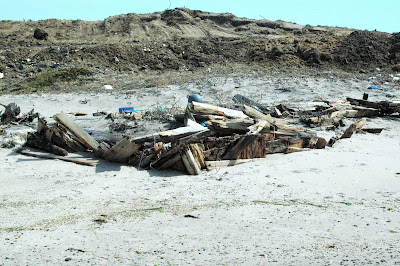 This is after "they" destroyed it. 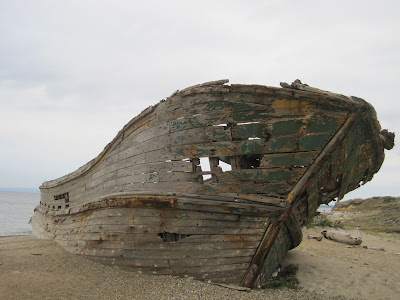 This is the before picture.  There are/were two boats next to each other.

This is what remains of the two boats.  This seems rather senseless to me.  Why totally ruin a local landmark?  They have been working on a project to shore-up the coastline, but these boats are not next to any sort of a bluff that needs to be shored-up.  Someone must have gotten a burr in their behind to think this was a good solution to a problem that did not exist.

These are "after" photos. 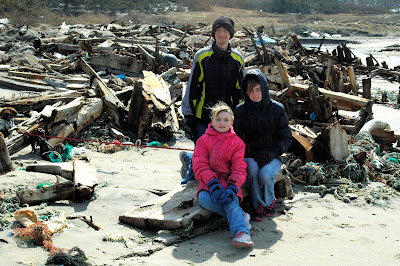 Just some pretty rock formations along the shoreline. 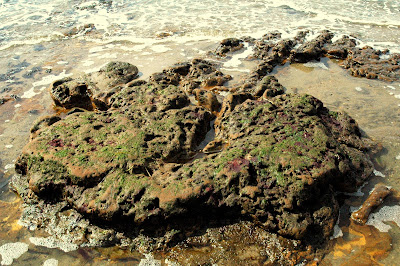 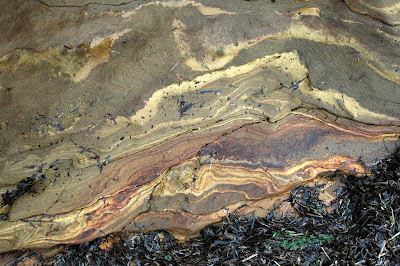 Yuuki spent the afternoon napping after her eventful day at Shipwreck. 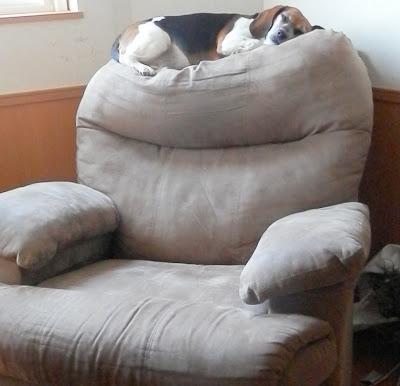 Joyfully Penned by DeEtta @ Courageous Joy at 1:12 AM 6 Gracious thoughts