Yes, It IS a Miracle!

Zander spent most of this day telling one and all "Jesus did a miracle for us!" I suspect he's 100% accurate. What led to this?


Josiah, our oldest son, is graduating from college 10 Dec. We didn't think Michael could make it because of a base event which requires him to be in Misawa. He was given permission to cut out and fly home. He'll fly commercial as he can't leave until the evening of the 9th. Jared has a new job and will go with him. Michael has been hoping the rest of us (myself and four children) would catch Space A home on the 29th of Nov or the 5th of Dec. The flights are cancelled the week of Dec 5th due to the aforementioned base event.


That left the 22nd or the 29th of November for Space A  flights to the states.  I will admit I really did NOT want to travel in November. I wanted to rest. We KNEW the 29th would be full as the 5th was cancelled.....We began to hear the 22nd was going to be full as well. In fact, there were 20 seats on the plane for space A - all categories. The past two weeks Cat 2 folks didn't even make it on the plane. The kids and I would be Cat 4 as Michael wouldn't be flying with us. We went ahead and got on the list - ON FRIDAY.  Sunday we heard Annette was 70 on the list and we signed up well after her. Other friends, Anna and Kurt, hoped to travel Cat 2. They were told on Monday they were number 21 and 22 (remember there were 20 seats after those who are moving and on orders were on the plane).


The kids were packed by Monday morning. I kept telling them it was very unlikely we'd fly out this week. We didn't tell family we were trying.  The terminal was still saying 20 seats and we were somewhere between 70 - 90 on the list. Michael and I debated, and decided we'd go ahead and go to roll call.  What could it hurt? My plan was to try to get out of Yokota AB  on Wed, and if I didn't get out by then, I'd book commercial flights. We wouldn't leave until December and we'd go straight to TX. 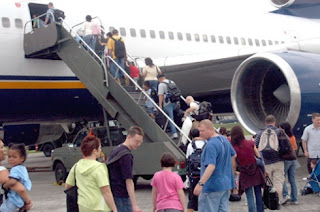 Twenty-eight hours ago we showed up to be marked present at the Misawa Passenger Terminal . The men told us that if no one else showed up we may make it....there were now 23 seats on the plane. They had had a couple of families of 4 remove themselves from the list. We waited. I began to hope as I didn't see many new folks coming in after us. They posted the list and we could see there was one person after us.......Anna and Kurt made it on.....Annette made it on...I suggested Stacia could ride in the toilet. ::snort:: They called our name. We were the very last seats on. An active duty man on Cat 2 showed up after our name had been called and I heard them saying, "I'm sorry you were supposed to be here to be marked present, after we do roll call we don't change seats." So we got on. I was surprised...and hadn't really planned to fly. 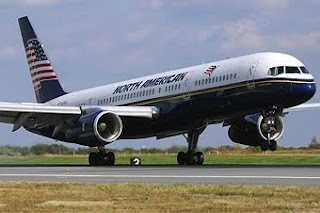 We even got FIVE SEATS IN FIRST CLASS. Wow. They apologized that we were C - G - I didn't care at all. ::snort:: 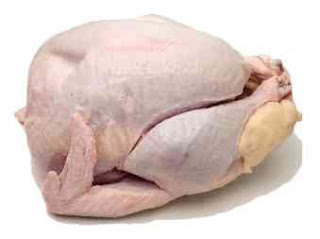 Michael put the turkey back in the freezer and called Akikosan to change the dates of our thanksgiving dinner. I realized I had something scheduled for EVERY day of the week (sometimes two - three things) for the next 13 days....and I began to see Michael's wisdom. As much as I wanted to stay HOME - and rest.....I think I will get far more rest away from Misawa. LOL


We landed....rented a car...took off for OR. I had to pull over at a rest area in WA somewhere as the kids had all fallen asleep and I was seeing triple tail lights - moving in strange patterns.  The rain was so BAD in WA I couldn't even see the traffic in front of me. I locked the doors and we all slept for an hour. Then I drove on. We saw Krista and Bre (our oldest two) tonight. I found a hotel for us...a family suite that will sleep 6 of us (and as 6 of us aren't with us - it WORKS).  It's within walking distance of Outback, Denny's,Target, Applebees and McDonalds. It has a pool and a FITNESS center. LOL


We're tried, jet lagged and a bit stunned...but we're stateside. We'll stay here about a week and then drive back to SEA and fly to DFW or San Angelo. If we go to DFW I'll drive down to San Angelo.....we shall see.  I need to figure out those details - tomorrow - or soon. LOL


For those who saw Facebook - I HAD to keep up posting or my parents would KNOW I wasn't in Misawa and we didn't want them to suspect.....note what I said...totally true and Annette and Anna helped me craft it. "Full plane...checking with Yokota. They have weekly flights. If I get to the states, I can figure out how to get to TX." And later, "Choosing joy."

As I mentioned - I didn't THINK we'd be flying out - have no DOLLARS with me, no PHONE NUMBERS for friends along our path today.....taught me to try to guess the Space A system.

I tried to tire the kids out in the pool. They are still awake...it's 16:00 in Japan.....they are watching some nature show about wildebeests. Arielle went home to spend the night with Krista and Bre.