This post should be labeled, "Wednesday that feels like Monday." 😉 We were up and moving early this a.m.  I'm not 100% sure what Michael and the kids were doing. I know it had to do with trip prep.....the boys left tonight to fly to Anchorage for the long-planned "Epic Alaskan Hike" with the three older brothers.

Mom and I had two appointments, stopped by Safeway to pick up some lunch fixings and then went over to BreZaak's to play with Bella for the afternoon.  Bella and GG (Great Grandma) had a lot of fun playing together. 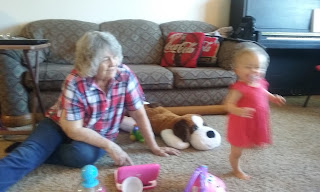 Mom had brought her calendar - the idea is we'd make sure we got everything on to it from the various appointments. We discovered Bella LOVES calendars.  Of course, big pages, bright colorful pictures and boxes to write in. 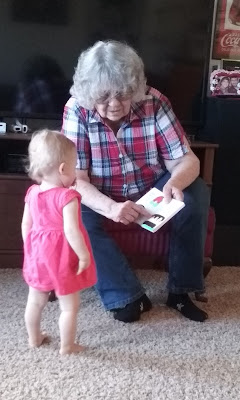 BreZaak got home with just enough time for me to drop Mom off and meet up with Michael and the kids. We headed a couple of hours up the road to get the boys to their flight. 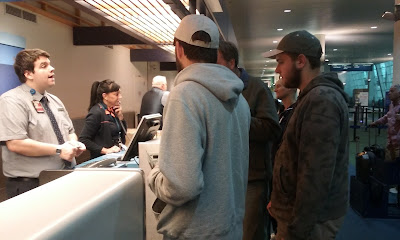 Through security with only one minor incident.....Alex had packed his Gerber in his carry on. The run back through the airport to security and the chance to watch them go through again was sort of exhilarating. 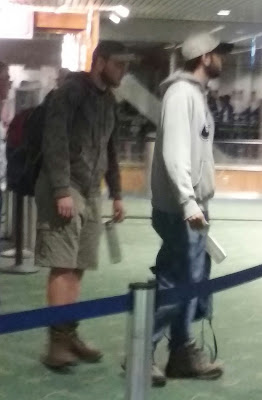 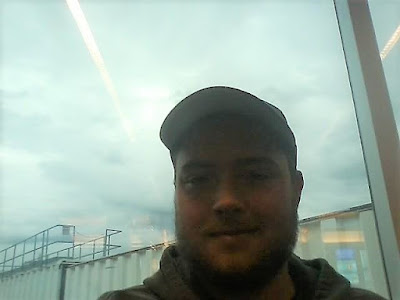 JaRissa's living room has turned into a staging camp. 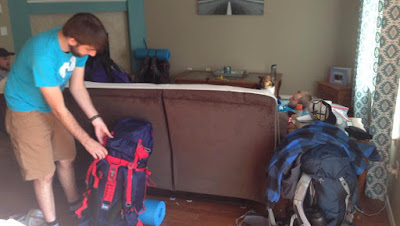 We had considered driving up to Alaska this week....but the boys really want to do the AlCan with us.  We really want Nolan's help driving as we'll have two vehicles on the trip - Uchi pulling the trailer and Nimo - loaded to the gills. The hike was planned before the move to AK became apparent.  We are happy to have another week to prep here in Oregon. We are thrilled the boys are getting to enjoy this time and hike with their older brothers.

We are a bit peeved at Parkinson's, which has made it so Michael can't go on the long hike with them.

Joyfully Penned by DeEtta @ Courageous Joy at 7:36 AM 0 Gracious thoughts