Michael, Jared and I signed up to be on one of the clean up/relief teams today. Two teams leave the base daily. As we discussed our plan for the day it became obvious Arielle was not comfortable being left home with the children all day so soon after the quake. I think her uneasiness was helped along by the many aftershocks we had last night.


Bright and early Jared and Michael drove into the base. They discovered their mission today was to help clear wreckage from a local pig farmer.  As they drove towards the sight they realized it is less than 2 miles from our home. Wow...this brings home anew how close that wave actually came.

THIS will make for Father/Son bonding (say ham sandwich) 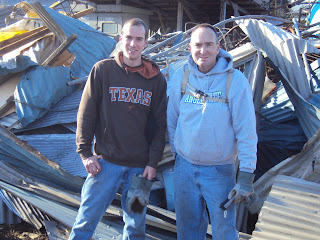 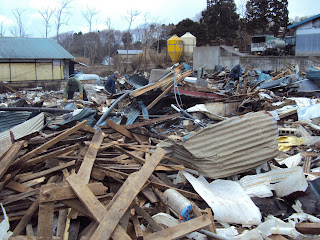 To the left is his one standing building. He'll rebuild. (See that pretty house in the right corner? It's one of my local favorites and we drive by it often. I KNOW just where this is.) 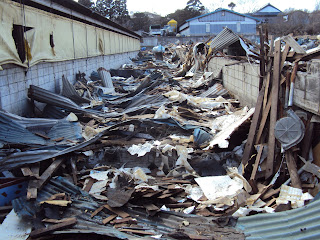 Jared had the notoriety of finding the largest dead pig today.  Michael found, among other things, a Cannon EOS with a 70/210 lens....obviously it had seen better days.  We were told this was the hardest trip yet...it was smelly and hard work. They also had icy winds, rain, sun and snow - all in one day's work. They were met back at the base by a doctor and mental health.
Below is the team! Go Team Misawa! 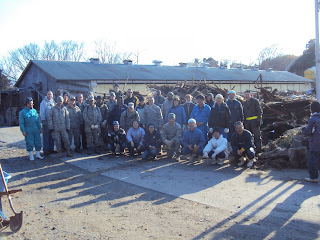 We've not been able to get out and about as we've been asked NOT to be American Tourists....so it was a bit of a shock to realize how close to our home the destruction had come. The ground rises and we are across the highway. BTW  I heard HWY 338 mentioned on news coverage. Mom, this is the hwy and we are about a mile UP the road (to the right).....Here's a photo I found on the Internet..... 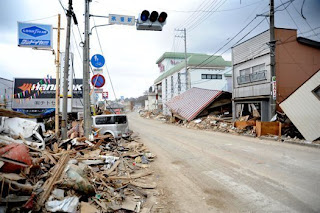 One last discovery of the day. Sometimes the air around our subdivision is so rank we've often thought it was worse that baby diapers....mega diapers...now we know....when the wind hits just right we had the stench of 2,000 pigs blowing across our yard.  A friend is taking Jared out tomorrow. All thought he was active duty - but since he is only 17, he has to have an adult with him.  We appreciate all the friends that have volunteered to "watch Jared" so that he can get out and help. Red Cross insists a parent or guardian be with 16 - 18 yo...and since they are dealing with all sorts of waste and destruction it makes sense.

(If Michael or Jared have some thoughts to share, they'll update this later).

Joyfully Penned by DeEtta @ Courageous Joy at 3:15 AM 6 Gracious thoughts

Labels: Earthquakes, Tsunamis and other Disasters

While in Tokyo, I had heard the tsunami did not reach Misawa. That is not accurate. It did reach Misawa - in fact there is significant damage less than a mile and a half  from our home  - it just didn't reach Misawa AIR BASE.  Come to think of it, we live in Oirase and Misawa Port is right up the road so maybe it is in Oirase too. In any event this is much closer to home than I first imagined. Probably good I didn't realize how close until I got home.

This is the Misawa port before the Quake and Tsunami. 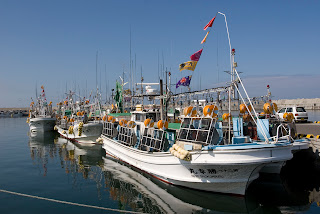 These boats are quite a ways from the water 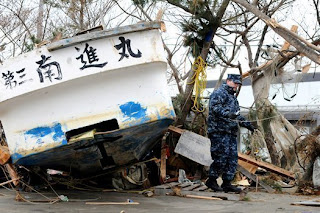 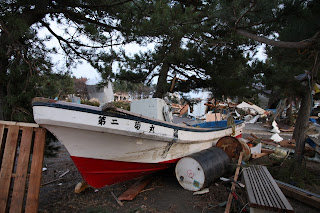 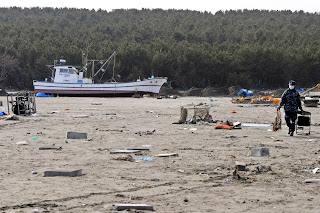 Teams from Misawa AB have been going out daily to help with clean up around here and other towns up and down the coast. 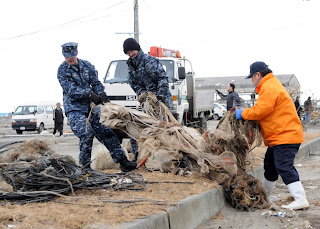 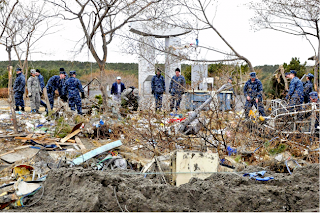 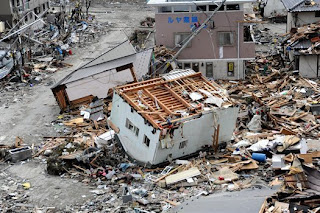 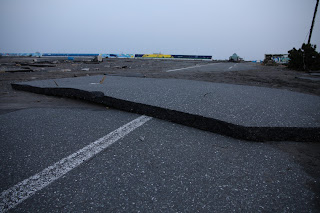 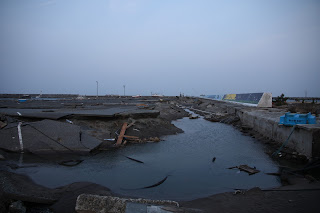 Yep, there was significant damage in Misawa.  This is  less than 3 or 4 miles from our home.  (As I've not been able to drive around and snap photos, I have borrowed shots from the Internet for our family album).

Joyfully Penned by DeEtta @ Courageous Joy at 2:58 AM 0 Gracious thoughts