Joyfully Penned by DeEtta @ Courageous Joy at 2:13 AM 2 Gracious thoughts

There are times when a man has to speak up. Today was one of those days for Jared and I am incredibly proud of him. I attended a meeting he had with two men. I've lost much trust with the adults in this situation and simply wanted to be sure, 1. There was a witness to what was agreed upon and 2. Someone was there to make sure Jared didn't "say too much".  ::snort::  The one man said in 31 years a parent had never attended a meeting. I told him  I needed to be there to kick Jared if he said the wrong thing. ::snort:: I think they understood by the end of the meeting why Jared would want a witness at the meeting. Michael had planned on going but he's laid up - and really we think it turned out good I was there. I'm not as threatening.


In any event - there are simply times one must speak up when they see things that need to be addressed. The men were very understanding.  It was a good round table discussion and I think new understanding was gained by all. They assured him they understood his motive and that they did not think he was vindictive. They offered him some solutions, but he opted to quit his job. They offered him the chance to leave his letter of resignation and uniform with them.  They also said that they were officially giving him "two weeks of leave without pay" which means on his record he gave 2 weeks notice and  yet doesn't  need to go back.   For a variety of reasons all feel good about this decision.


Jared has learned many lessons working at the Mokuteki....both life lessons and work lessons. That's all good. He HAS enjoyed many of the folks he met, he understands Japanese culture better, he learned how to work through a conflict with a fellow employee, he learned sometimes things simply require speaking up and walking away, and  he learned how to make  GREAT drinks. ::snort::

This afternoon....he got a phone call.... who knew? He's jumping ship from FSS to AAFES....and we're amazed how seamlessly it all worked out...almost like "the big Someone" was waiting for him to decide to speak up and quit. 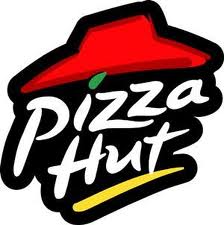 He'll begin training at Pizza Hut in the near future! We can make that switch, though we used to think Mokuteki had the best pizza on base. ::snort::

And yes, the Holy Spirit was stronger than Mama Bear. I went as a witness and not as a warrior.

Joyfully Penned by DeEtta @ Courageous Joy at 2:12 AM 4 Gracious thoughts


Lots to rejoice about:


Prayer Request
My Thoughts
Obviously, I'd prayed all numbers would be normal. I'm praising God for the improvement and believing the pancreas numbers will improve shortly. I'm also well aware of the symptoms I'm to monitor. I will  be watching Michael's diet to limit insulin dumps and pancreas stress. Poor man - I knew one way or another he'd eventually go crunchy. LOL
Michael's Thoughts
Dr. appointment today. Pancreas numbers are still up, but liver is good. The Doc said she was yanking out the drain today. I am thinking this is figurative. Nope. Nothing figurative about it. The best way to describe is OWWWWWWWWWWWWWW!!!!!!! I may be understating it, though. Another follow-up next week. Prayer is appreciated.
Choosing Joy!
©2012 D.R.G.
~Coram Deo~
Living all of life before the face of God...

Joyfully Penned by DeEtta @ Courageous Joy at 1:57 AM 2 Gracious thoughts