A couple of months ago, local churches began selling tickets to a Jordan Feliz concert. The concert is a benefit for the local CASA program and the tickets also get one entrance to the Del Norte County Fair on 4 August.

We bought our tickets about 6 weeks ago. Today, we are happy we did. We needed a break to play....we did a few quick things for Mom G in the morning and headed to the fair this afternoon!


When asked what she thought about the ride, she said she'd left her stomach at the top. Understandable! 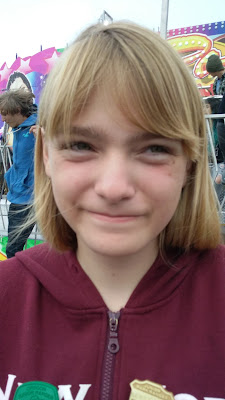 Michael won me a "moose" pillow pet - which we all agree looks more like a dog. ::snort::  The kids went on several rides.  Michael was having a hard day with both pain, from the Gulf War Syndrome, and balance issues, from the Parkinsons.  He's a champ. He found a bench nearby and sat as needed...I love how he simply keeps going. He gives much for all of us. We try to be sensitive to his needs as well.

My thought was  the kids could learn to drive our future Class A after I conquer the trick...as they reach the appropriate driving ages...but after THIS event....I am not sure I'd trust any of them behind the wheels of an RV. 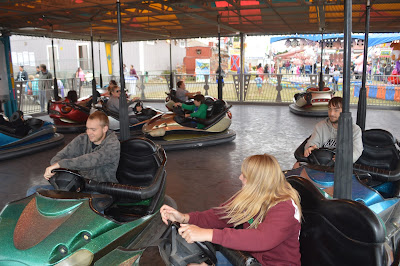 I thought this  looked like fun....once you're buckled in, the arms go out and up and you fly along looking at the ground....Nolan found flip flops are not ideal for this ride. 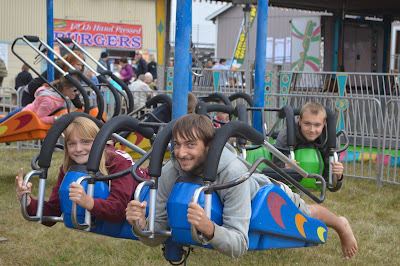 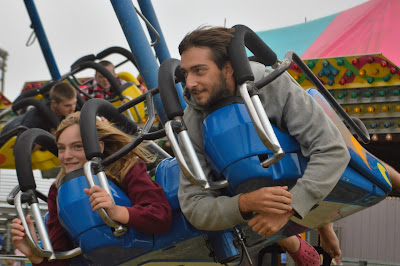 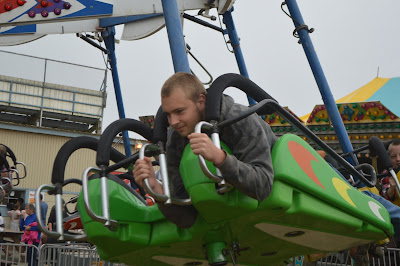 Dinner time at the fair. We were looking forward to fair food...but what's a vegan to do? I didn't even TRY for nutritarian. I went to each booth and there really were NO veggies other than fries. No salads. No fruits. I opted for caramel popcorn and a funnel cake....obviously NOT nutritarian, but vegan. In my defense I did NOT eat this alone....and I have begun a fast until November.  I have GOT to remember to carry a bit of food with me as I did in Japan. 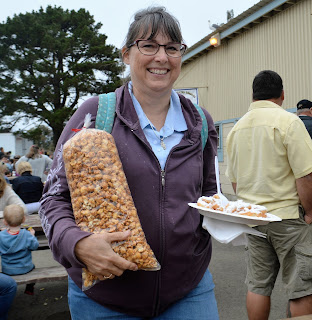 We moved over to the concert field after dinner. We made a few tactical errors. We didn't know the concert would be outside. We didn't know coastal fog often rolls in at night and makes a warm day suddenly freezing! We should have brought warmer coats....we were chilled hours later and still trying to get rid of the pins and needle feelings.  It was worth it. 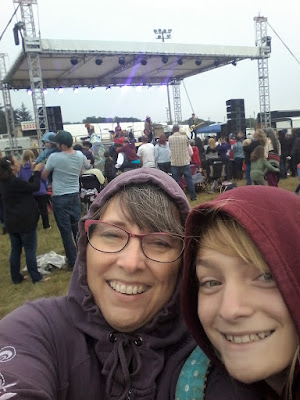 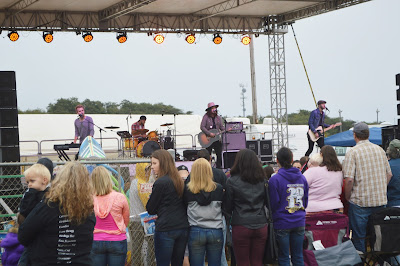 We stopped and picked up some groceries for Mom G before heading back to the woods.  It was a great afternoon. I can't remember the last time we went to a county fair and this year we've hit two! This is what retirement looks like. LOL

Joyfully Penned by DeEtta @ Courageous Joy at 7:54 AM 0 Gracious thoughts