We have been discussing what Christmas looks like. This, because I commented to the kids as we drove through the snow, "It's beginning to look like Christmas."  They noted it was WHITE - but gone were the store lights, decorated homes and such....and they are right. LOL  Now we're asking ourselves which says Christmas more to us - decorations of the US or the Snow of Japan?  I think the children were a bit "bummed" at the lack of Christmas finery in our home....but really....there just isn't TIME to decorate AND travel. LOL 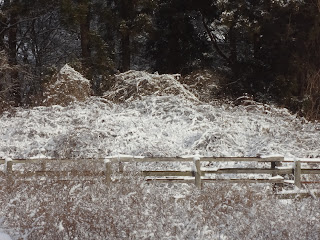 I do find myself wondering how folks in the temporary housing a bit south of us are doing this season.

It's always disconcerting to completely lose a day - but there you have it. It happens each time we fly back to Japan from the states. LOL

We DID get on the Space A flight back to Misawa. I'm not sure WHY these flights are always louder than any others...parents seem to figure we're all family and will understand...which we do...but really *I* am tired too and don't want to watch your children run up and down the aisles while *you* nap! Ah well - the price is right and you do meet some nice folks on Space A. LOL


The kids and I traveled 26.5 hours from the time the wheels went up in San Angelo until we arrived at our door in Misawa. What a shock to see all the snow. It was a bit of a zinger to discover our van had been moved - or at least it wasn't where we expected...but logic said it had to be somewhere close...and it was a couple of parking lots over. ::snort::

Somewhere between WA and JPN 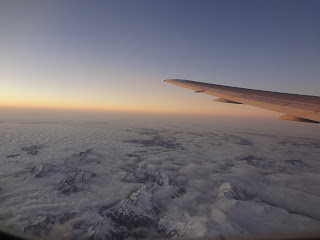 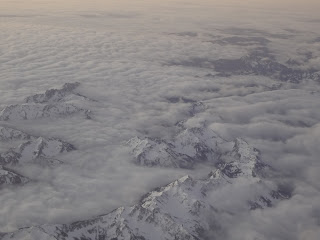 We napped. Then we headed out to pick up Michael and Jared. They were due in at 6:45 p.m.  The roads were icy, the snow was blowing...and I was wondering where TX went. ::snort::  We saw a terrible accident in front of us. The whole front of the car was simply sheared off and it was spouting gas....and cars were still trying to squeeze by. I executed a 10 point turn and headed "around the block." I had forgotten that going "around the block" in Misawa is not always as simple as one would think. ::snort::  We DID find our way back to the airport road and though we were late...the plane was later still.  They did a couple of approaches and landed about 40 minutes late....

We slept well....Today the agenda calls for slowly easing into life....self-care. I'm remembering Victoria telling me "Self-care is not selfish," and had determined to take it slow this week....I HAVE been gone for 6 weeks if you take conference into account. LOL  Somehow self-care is morphing into decluttering and cleaning the fridge.....The kids are enjoying wii and will head out to the snow soon.

You know, as much as possible,  I think we'll just spend the time between now and the New Year savoring being together in one home in Misawa. ::snort::