Last year's VBS was great (as have been all the VBS' we've participated in during our military career) but THIS year's was amazing.  Two local churches donated their VBS decorations to us - saving lots of money and time....we've donated them to another church. Cynthia, our VBS director, was joined by Kat as Co-Director and Paulette - not sure what her title was but she was great help as well. 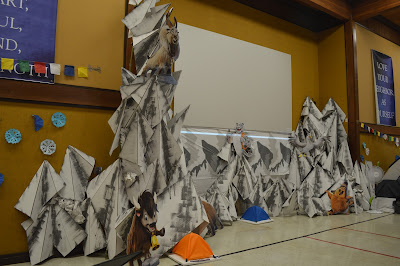 The library never looked so good! 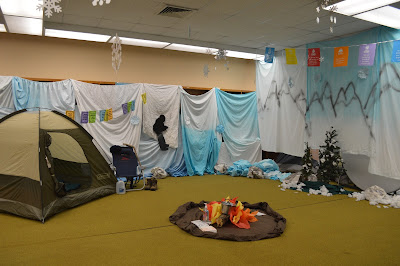 It was odd for us to be participants and not helpers. We thought we'd be in Japan and Stacia was sad to miss her last VBS. She's entering 5th grade so this really would be her last as a participant.  Usually, I would have stayed on base all week and helped....but this year I drove home and worked and then picked her up. This presented a problem as we have one car now that we've sent Arielle to Oregon. With Michael working and VBS I would have made 3 - 4 trips a day. Dear friends are such a blessing. Cynthia's husband is on extended special duty, and she has an extra car. We now have two cars again until retirement ceremony. 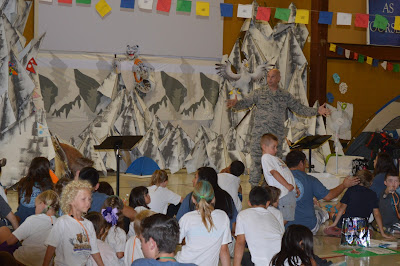 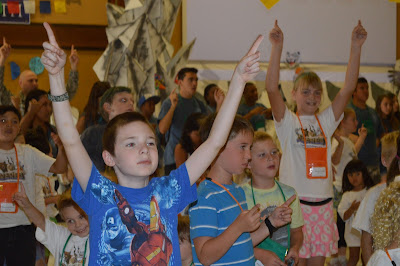 We're going to miss VBS. It was a good season to focus on "Conquering Challenges with God's Mighty Power." 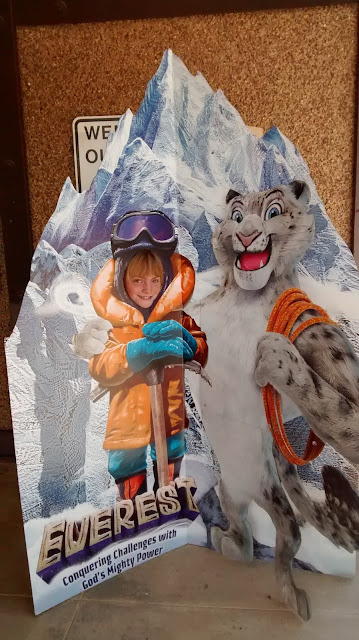