Saturday night we bought a new camera for Moi.....It has been my habit to get the newest Canon Powershot when I need a new one...no need to learn new features etc. ::snort:: However, this time we found many cameras with more features - cheaper. I have a new Sony Cyber Shot....and it has many cool features...which I haven't a clue how to use. I'll have to read the manual. 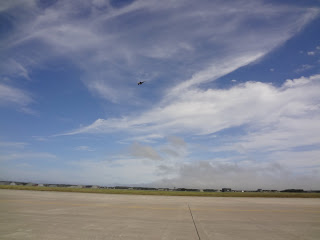 Or here? Miss Veedol flew over from Wenatchee....her "final flight".... 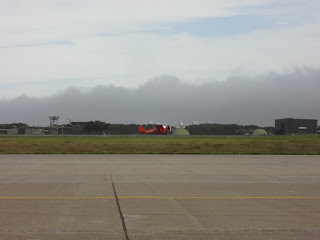 I decided I'd have a bit better luck with taxing planes 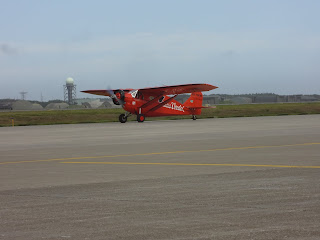 See these every day - but o.k. a photo is a photo 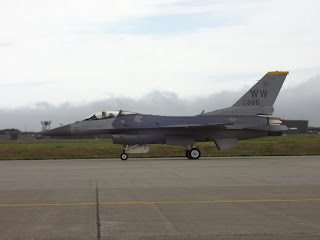 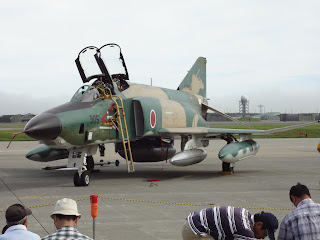 I decided to turn to people watching since amazing aerial shots were alluding me. I developed just a bit of lens envy.... 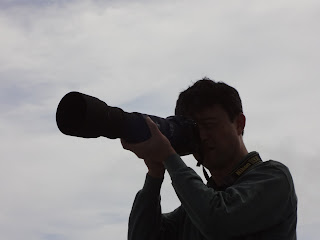 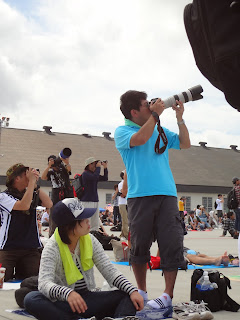 I learned THIS trick...pretend to take a picture of the subject while taking a different photo (man with big lens) from the Japanese school girls who love to grab photos of Stacia and Zander. ::snort:: 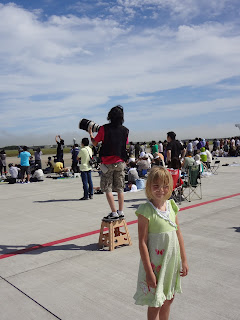 Next, I played with the "wide angle" feature....

In all seriousness, this was not the best Air Show I've seen at Misawa. We were supposed to get a bad typhoon, so many planes scheduled to fly or be displayed cancelled. This was sad. The weather was gusty but we really didn't get rain etc until today (Monday).  There was a lot of down time waiting for something to happen....though this did mean it was quieter than the typical Misawa Air Festival. LOL

Yep, quiet enough for THIS...which I discovered when shutters started clicking all around me and there were NO PLANES flying anywhere nearby. ::snort:: 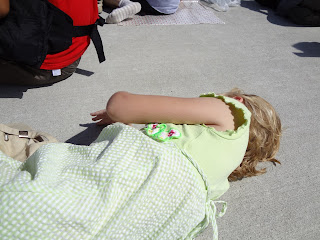 Blue Impulse....these guys are GREAT.  This is the Japanese equivalent of the Thunder Birds or Blue Angels (which we've hosted in the previous two years).  BTW I miss the view finder feature of my Cannon. When it's BRIGHT outside I can't SEE the screen to see when to click. LOL 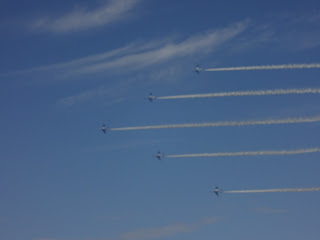 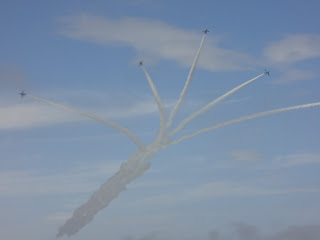 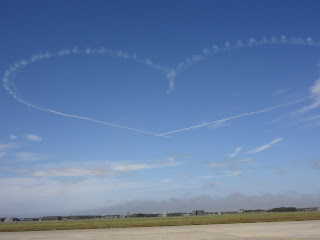 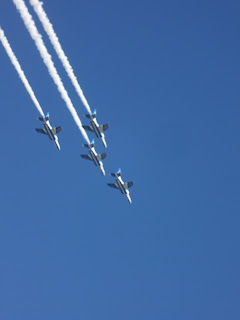 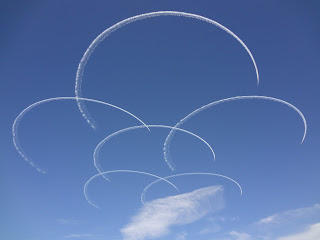 Yes, Blue Impulse is worth watching! I decided the Thunder Birds and Blue Angels take the prize for raw, sheer power....demonstrating their quick speeds etc.....but the Blue Impulse really showed much more finesse.

Ah, this is my favorite sight of the day! My guy! 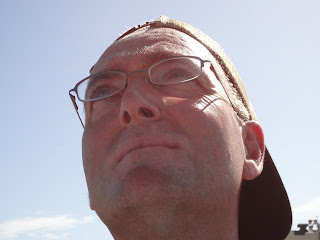 We decided to have one united service on Sunday night. I spent my time in the nursery and was thrilled when a two year old little guy insisted on calling me G ma. Seems I look a bit like his grandmother, and I AM older than most mothers of toddlers at our chapel. LOL Our kids really miss out on spending time with older folks....so I was glad to stand in....though Arielle found it strangely hilarious.

Joyfully Penned by DeEtta @ Courageous Joy at 3:44 AM 1 Gracious thoughts