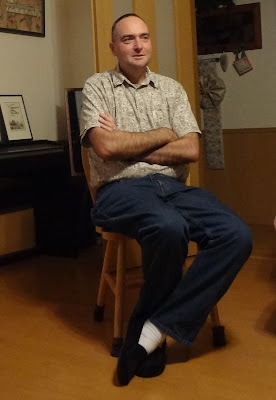 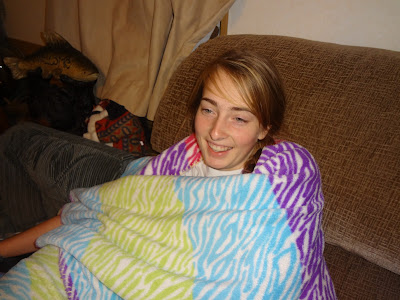 Tonight we talked about Jesus as the Holy One.  Ah, look at Jared on the tree. ::grin:: 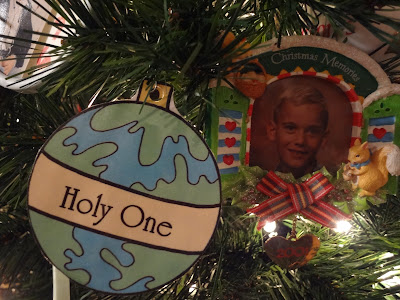 Clue number 7 was "I'm as cool as a cucumber!" It didn't take long for them to figure this out! 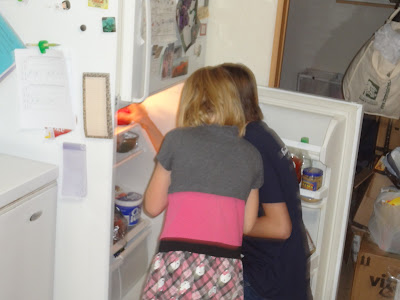 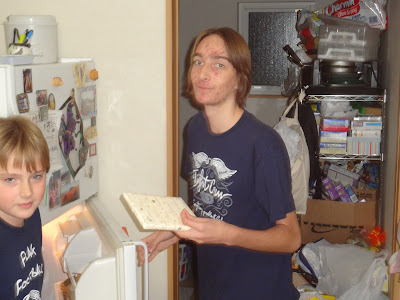 I had heard this was a good movie and got it for one of the gifts. It was - but it is a tear-jerker too!  I do believe the message to cherish every moment will stay with us.  We watched it tonight. 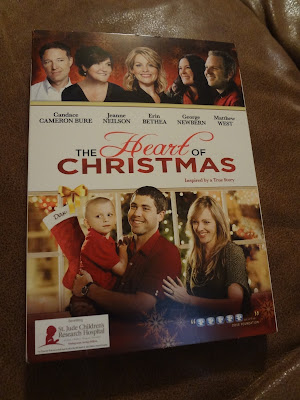 Joyfully Penned by DeEtta @ Courageous Joy at 4:05 AM 0 Gracious thoughts


It's been quite a while since we've had a real rattler. Tonight, as dinner baked, Stacia screamed. I had just sent her up the stairs with the laundry, Michael was taking the trash out, Arielle was sick in bed, the boys were playing on the computer upstairs....

Stacia doesn't usually scream when putting laundry away....it seemed the house was shaking. About the time I realized this the rest of the kids realized it. Stacia is our advance earthquake alarm...she lets us know if there is a HINT of a quake and sometimes she's right. Tonight she was. 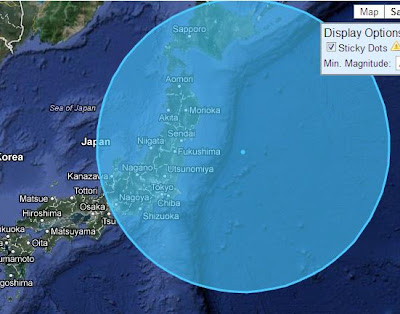 7.3....it was long...it was loud as things began to fall.... I began to get "land sick." ::snort::  I felt confident to remove bungee cords from the shelves a few months ago.....Zander got under the table and was promptly beaned by the MOCA prayer journal notebook.


It was enough to get our attention...maybe our last good rattler before we move. The power stayed on, the water and gas are fine, no tsunami warnings and the phone lines stayed up....all's well.

Joyfully Penned by DeEtta @ Courageous Joy at 2:19 AM 3 Gracious thoughts