Grandma is always willing to play with us. We love her visits, wherever we are living. She explored Spanish missions with us. She rode on a dog sled with us at the Iditarod headquarters. She walked on glaciers with us. She let dad take her out geocaching even though there are snakes in TX. She even jumps on the trampoline with us, which Mom says is doing pretty good for someone in their 60's.

Grandma always takes us to Dairy Queen when she visits. In MT, TX or AK.

Happy Birthday, Grandma. Did Grandpa take you to Dairy Queen? We wish we were there to help you celebrate.

For Couples Only - Shaunti & Jeff Feldhahn 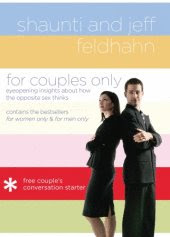 Since their debut, these revolutionary guides have sold well over a million copies, been translated into fifteen languages, and sparked much fascinating water-cooler conversation around the country. Now together in the For Couples Only boxed set, these books provide the perfect resource to help you understand what you never knew about the woman or man in your life.

Each volume is based on input from more than a thousand members of the opposite sex—including an unprecedented nationwide survey and hundreds of personal interviews. This innovative approach yields candid and surprising answers about everything you don’t “get” about your significant other—even what that person deeply wishes you knew. It also produces simple but groundbreaking awareness of how you can best love and support the one who is most important to you.

So whether you are newly dating or have been married fifty years, get ready to know each other in a whole new way. The adventure is just beginning!

Leave a comment in the contact section if you would like to win this set of books. Please be sure I can contact you. We'll draw a winner MONDAY 16, Feb. You'll have one week to respond with your address after being notified that you have won.

Sights from the Sick House

I may not have time to blog...but I continued to click away. Brief Update: Arielle is sick now. Jamin is also sick. The others are all on the mend.

Ah, checking for a birthday blog...

Anything becomes a competition with this many boys in the house.

Especially with a Princess to officiate.

Josiah discovered these balloons on his car as he left Sunday night. (The week before his car was tagged when he left our home. It's not US!)

On the mend but not quite well....

I spent some time Monday finishing up this gift for coach. (I'm not worrying about last names and such in this photo. In true man fashion none of them signed by their photo. ::snort::)

I also made a 12 x 12 layout of each player and had all the others sign it. I'll have to get a photo of Jared's later. Mike took lots of photos of the games. I made a photo disc for each player.

Jared was surprised to be asked to give the gift to coach....and said he "reverted to humor, it works for me." ::snort::

There is a grass roots petition of citizens urging the Senate to vote no on the Economic Stimulus package. Go here to sign it if you would like.

Joyfully Penned by DeEtta @ Courageous Joy at 6:45 AM 4 Gracious thoughts