OK - I know the saying - smile at the memories instead of crying that it's over or some such thing. Right? But goodbyes are HARD and they STINK!  Marvie blessed PWOC and Twyla Misawa by opening her home for a farewell luncheon. We had the yummiest LUMPIA, great conversations, laughter, gifts - it was perfect. 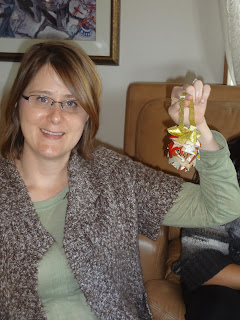 Twyla's leaving brings a precious season of my life to an end. When I first moved to Misawa, 3 ladies invited me to go to an onsen - I'd been here about a week. Deb T, Twyla, Renee C and I were onsen buddies...and became dear friends. Deb moved to Yokosuka after a year. Renee and hubs PCSd to Kansas this summer. Twyla moved the first week of November. I miss her dearly. It isn't only the onsen...she was a friend who loved me enough to stick with me when I was NASTY.....to confront me when I needed it....to tell on my kids when I needed to know what they were up to...to pray with me regardless....to be there after we worked through the hard things....to allow me to confront her when needed....a true friend.  We also worked together for two years in our local PWOC. Twyla was our outreach....followed me into many projects bigger than either of us realized...and we both grew!

We worked in as many onsen trips as we could before she moved.


I left the party deep in thought....teary and a bit melancholy. I was glad that I knew the week after Twyla left would be incredibly busy - I'd leave for conference shortly after she moved.  I'd keep my mind occupied...... 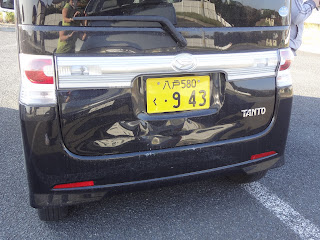 On the way home I tail ended this car.....my story was quite different from his...mine agreed with the witnesses' but we're out $2,600.00 in repairs. No one was hurt.

I have really missed Twyla since coming home from Conference. We used to make it a point to go to the onsen when I got home from a trip and soak and share....I miss her...but I'm happy for the time we had together...and realize that I'm now one of the old timers around here....been here 2 1/2 years...more and more friends will be moving.

YES, I AM keeping my eyes open for new dinner/onsen partners....Misawa just isn't the same without at least a monthly girls night out.