This weekend is the Peach Festival in our area.  We went to check it out. Stacia was SURE it would be like a Japanese Festival, no matter how many times I told her it wouldn't be.  We had fun nonetheless.....it was much hotter than in Northern Japan.  It was cooler today - only 95*. We're not scheduled to hit triple digits again until Friday.....it did hit 112* last week or so I was told. 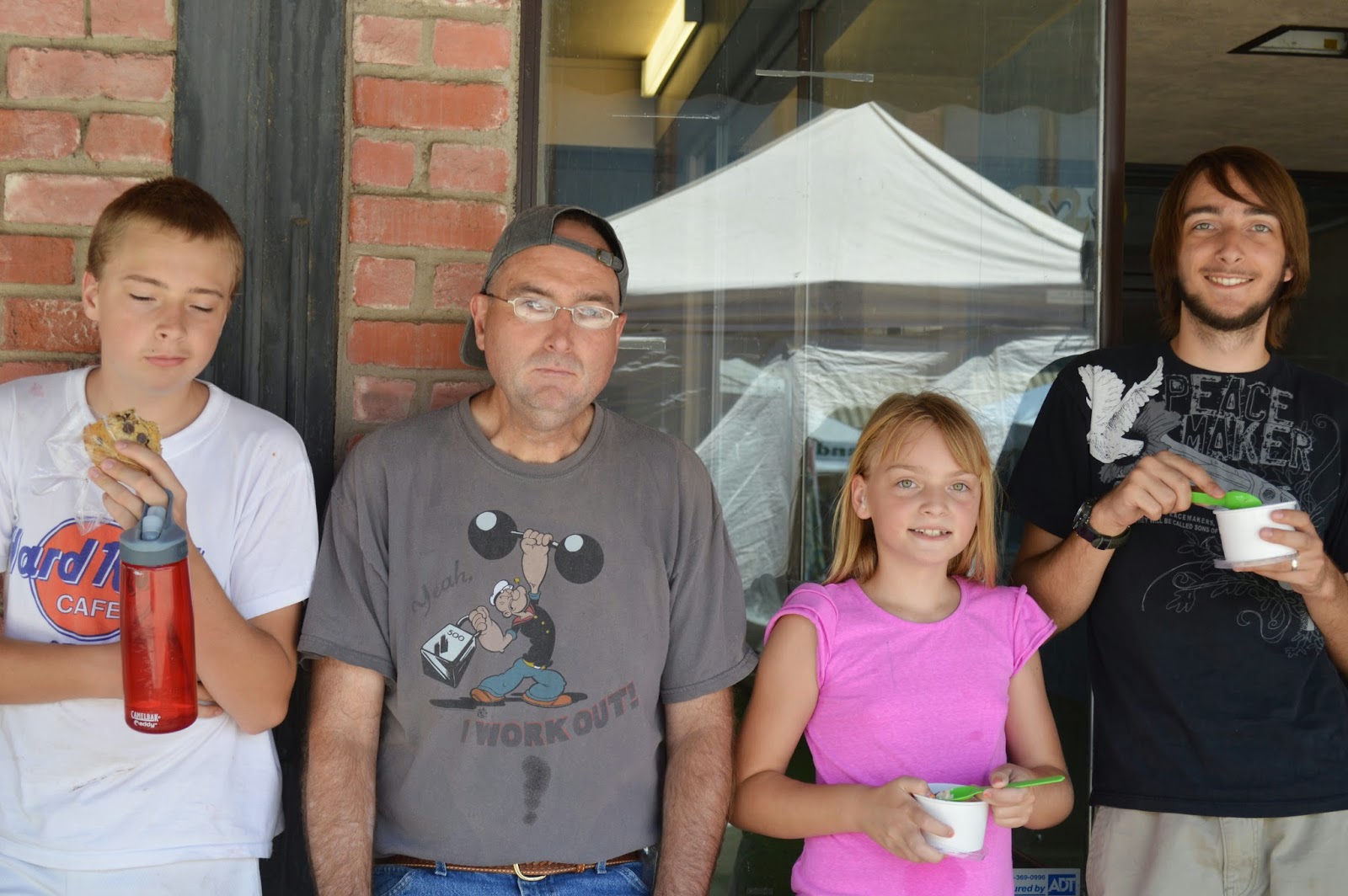 There were no parades...and the Ferris Wheel was MUCH faster than the one at the Botanical Park in Hachinohe. 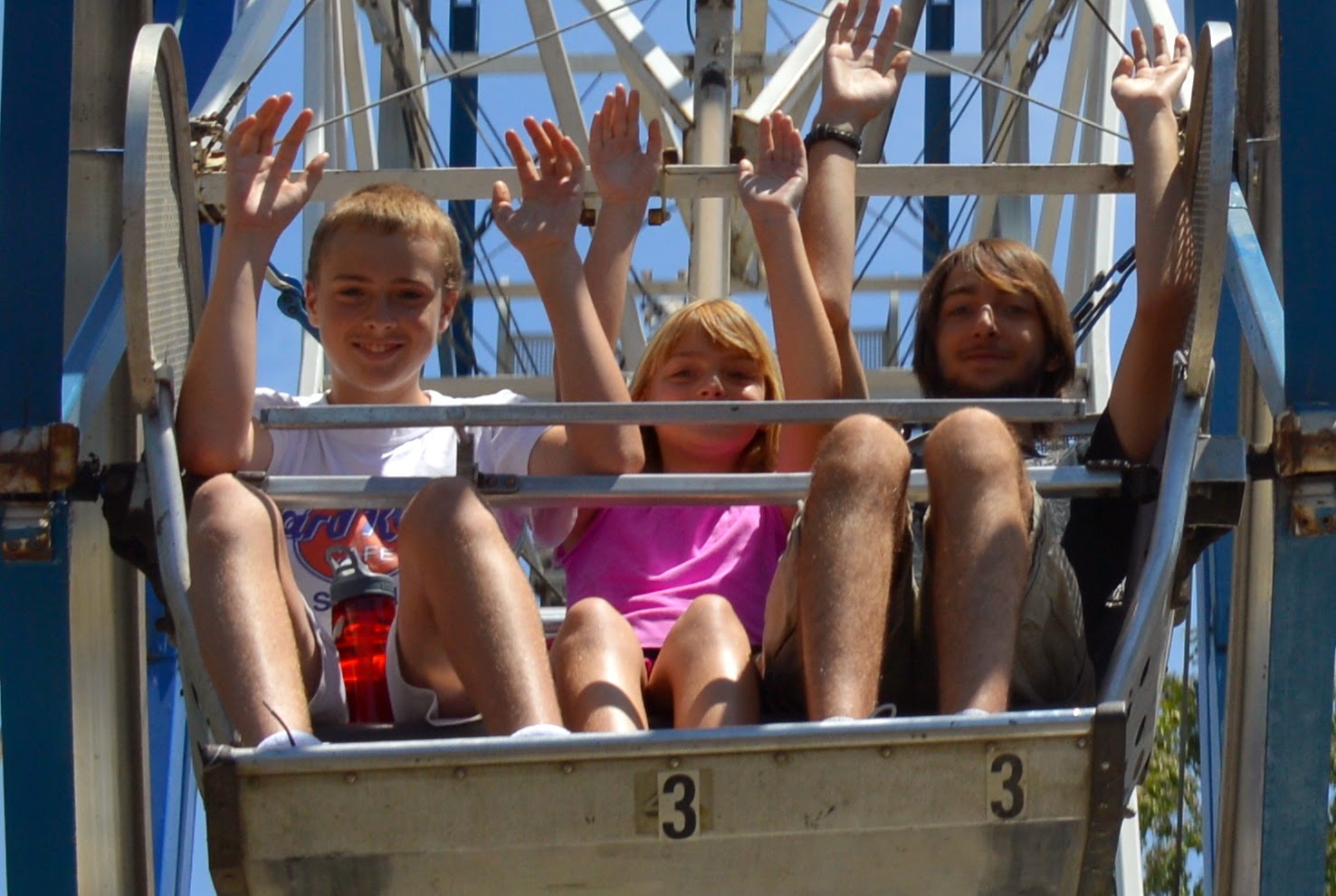 I warned them this ride would be wild.... 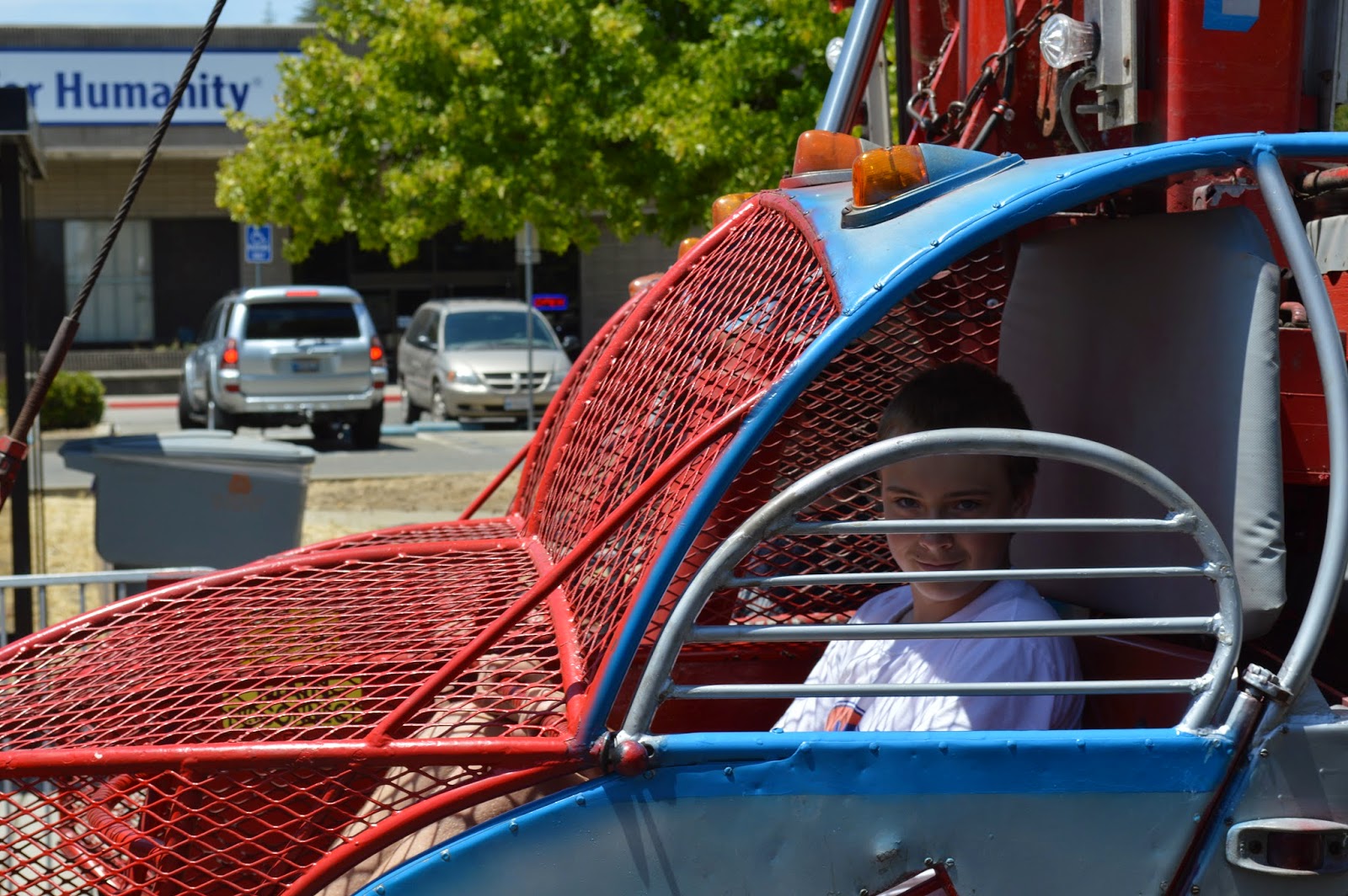 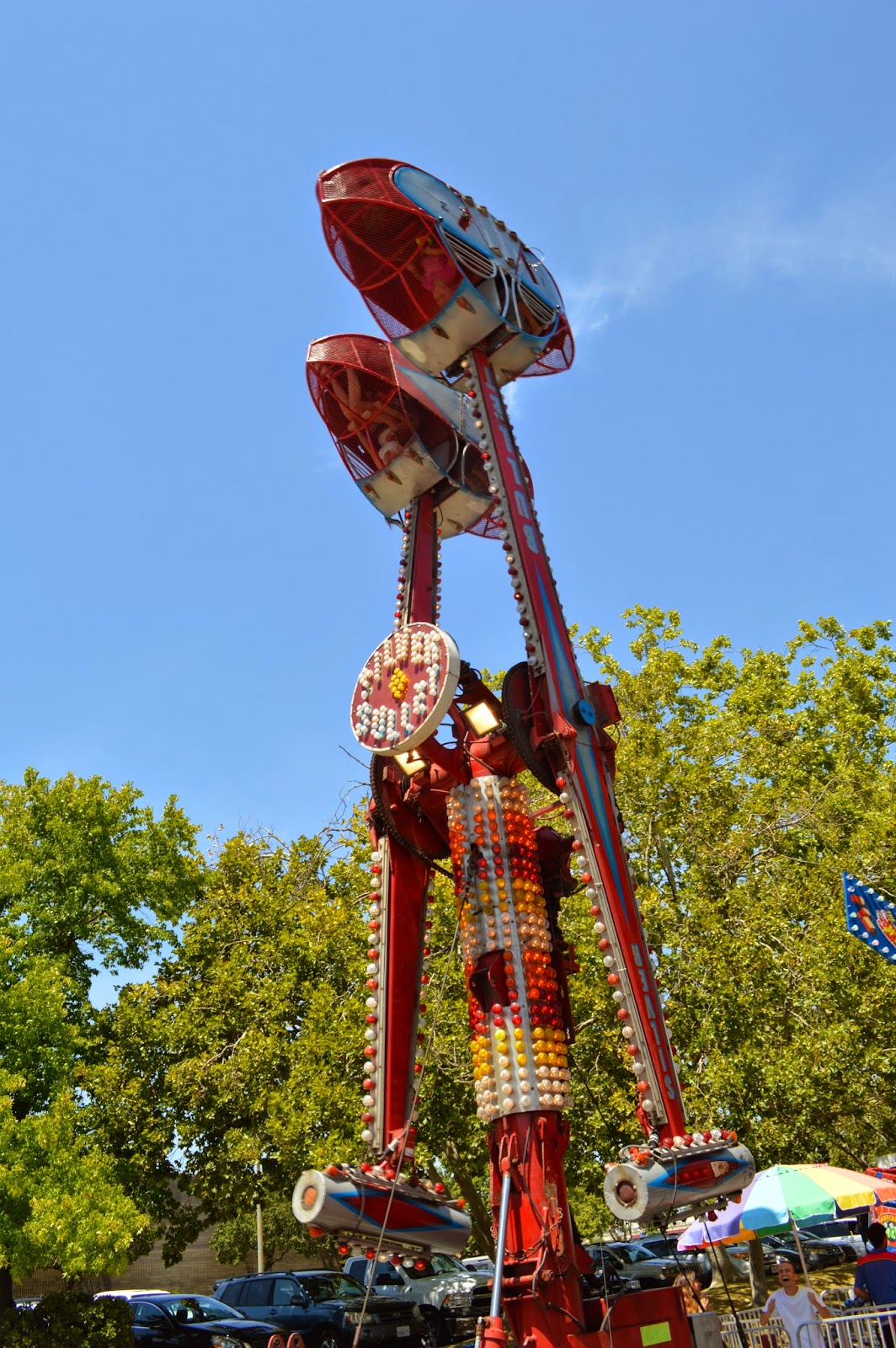 They all did great at this - but Michael won  - and I got a cute little elephant like stuffed animal! 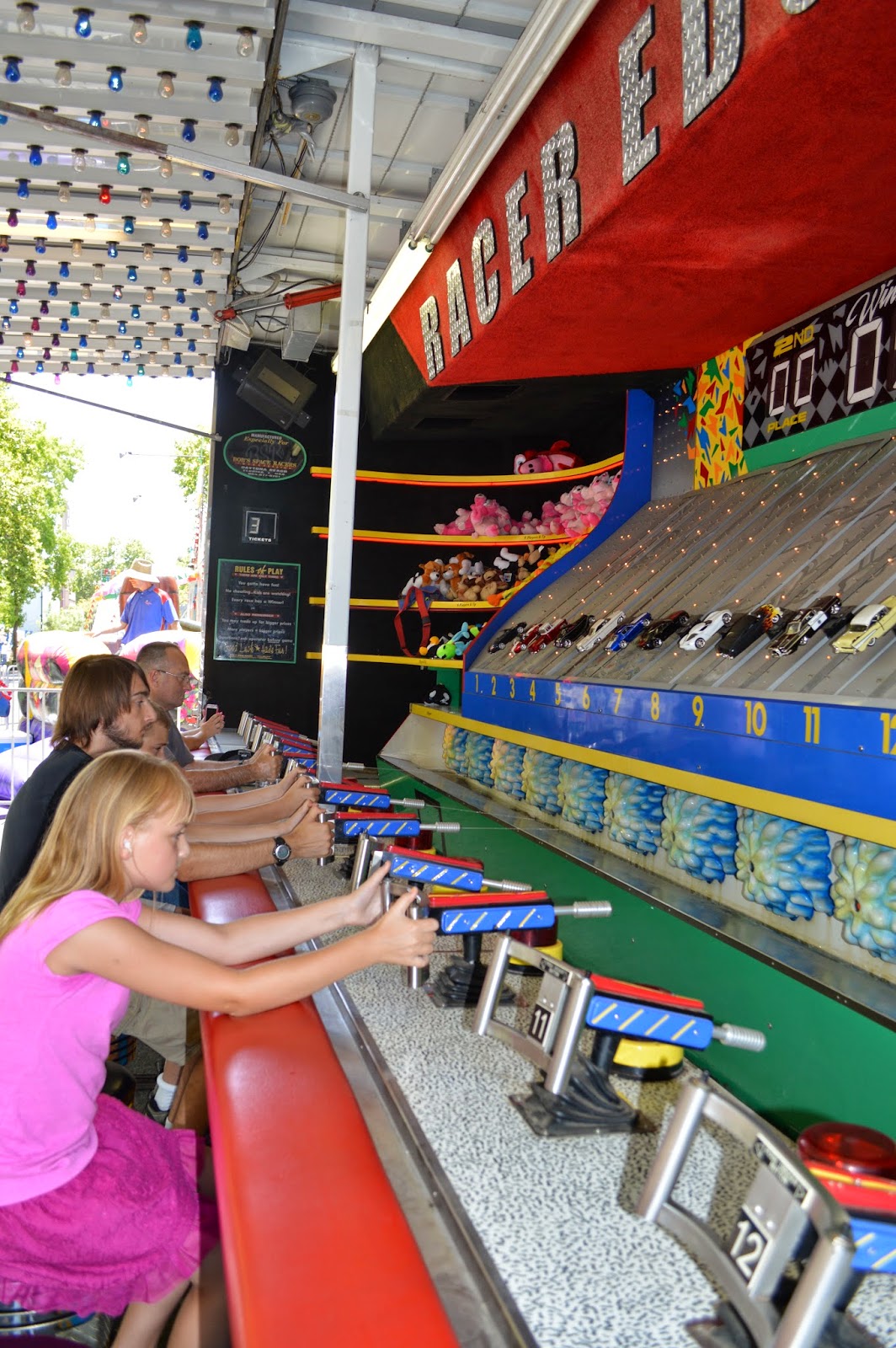 There was very little food on a stick. No Yakisoba.....but we DID let the kids try something we've not eaten in two decades...a funnel cake.  Alex didn't like it. The rest did. 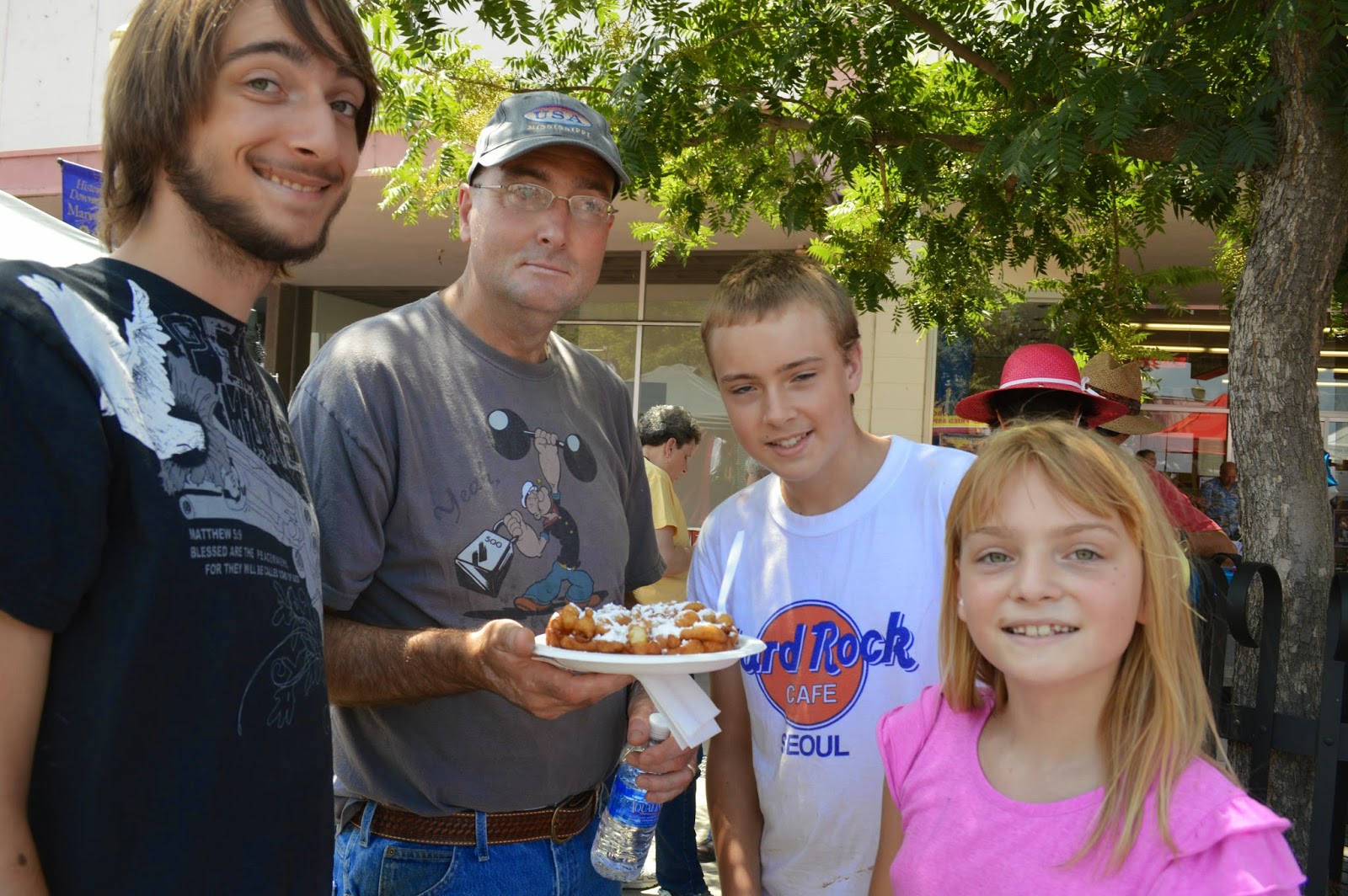 We also bought some YUMMY peaches and nectarines.  Michael has been upstairs prepping for tomorrow, the kids are playing Catan. I think I'll go read a bit.

You should have gotten them an elephant ear;p have they had those yet?
Bre D