Playing in the Dirt

Sometimes you simply need to play in the dirt. Arielle and Nolan had been waiting for me to plant our "garden".  I knew I needed to do something comforting.


Our little seedlings have taken off - should have been planted earlier - maybe - but we were busy last week. 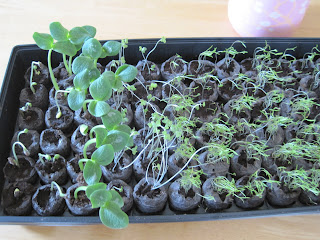 We had lots of plants to put in too. Last year we had about 4 containers and it went so well we are adding many new containers. Michael is home and has ideas to combat the crows.....he's also been watching the farmers with their plastic wrap..... it may have been early...but we needed to do something together that was NORMAL. 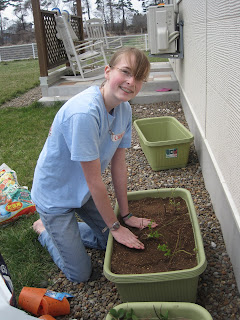 I sat with tears and played in the dirt...and I was comforted in some strange way.  At one point Arielle and I headed out to buy flowers and more soil. The cashier pointed out we had fertilizer. I'm a bit worried that we planted many of our plants in fertilizer...we should know soon.  This is a start....we have the other side of the house, the back of the house and the strip of gravel off the patio too. 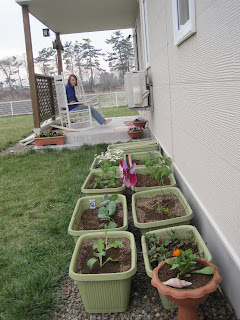 Back in February we ordered, "Voyage of the Dawn Treader," for Nolan. He's been checking every box that enters our home. It was funny (oh, quake again) to watch him this afternoon. It had arrived and we'd hidden it. Tonight is pizza and movie night. We put on the movie and loved the surprise the kids received. 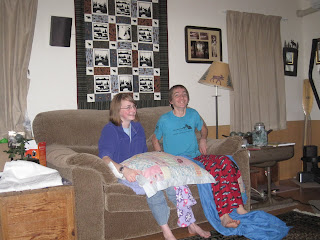 It's late and I may be tired enough to sleep.  Tomorrow, we need to buy more soil, plant more plants, pay taxes, pick up some plastic containers that Homac will hold for me.....

Joyfully Penned by DeEtta @ Courageous Joy at 6:37 AM