We had a great time learning about the military working dogs on base and throughout the Air Force. This was a home school field trip with a "facebook group" on  base. Taking photos was a bit tough as we had to stay outside of a chain link fence. 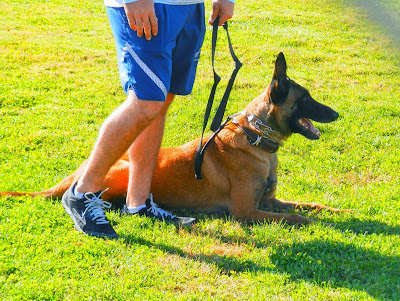 These dogs come to the kennel when they are about one year old. They  have a year of training before they are ready for the field. They are AMAZING.....and help the military in many ways. They sniff for drugs, bombs and  bodies. They apprehend those trying to run.....wonderful animals.

Here he was told to catch him...when the man stopped running...the dog stopped and held him. 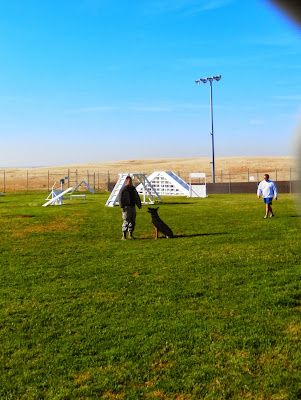 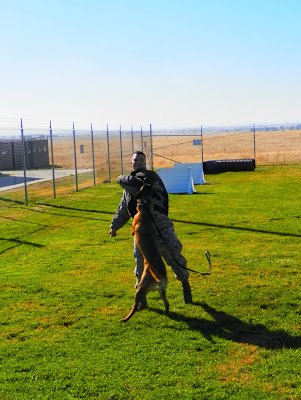 He didn't want to let go when commanded to do so and the handler had to pull him off. 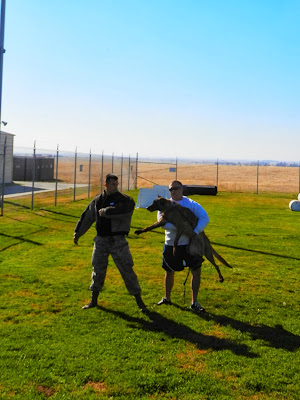 This dog obviously loves to attack...and is good at it. We learned that it HURTS to be the victim in the training sessions - even with the protective gear. 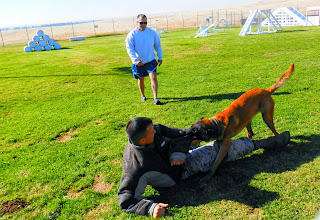 We also learned to NEVER pet a military working dog - never. They are trained to bite.  This can be a problem when the dogs are deploying and nice families want to pet them in the airports. 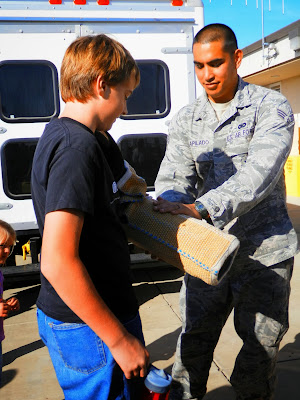 I took all four kids on this trip and we all enjoyed it. We also heard of a place in Yuba City that sells ice cream made fresh on their premises. I suspect we'll try that out soon.