About 0100 we received a phone call from Bre. From the sound of her voice and the symptoms she was describing I knew she was in labor and suspected she was in or nearing transition. This was five weeks early and there had been no warning signs or expectations that Gideon would arrive early.

Gideon had his own plans and joined us TODAY. Bre nearly had him in the car, but arrived at the hospital, one push, and here he is.

He's really quite big for his age - 5 lbs and 4 oz and 18 inches long. He's having a bit of trouble with breathing, but other than that is doing well. 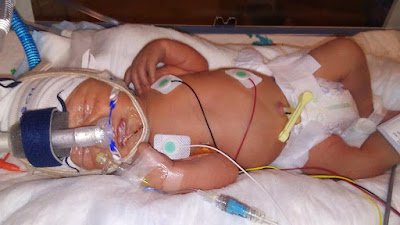 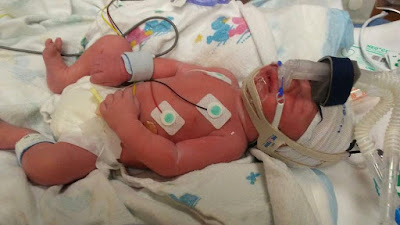 We are praising God that Gideon arrived safely and that he is doing so well. 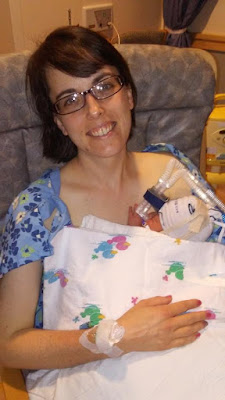 Joyfully Penned by DeEtta @ Courageous Joy at 7:27 AM

Congratulations on your newest grand-blessing.