We only THOUGHT life was getting back to normal.

The plan today was for me to take Arielle and Nolan to watch kids for PWOC's Christmas Brunch. I would attend.  I noted Michael was a bit "off."

It turns out he woke in lots of pain and took the Vicodin....it made him dizzy, nauseated etc.  As we headed out the door I heard him sick.  I couldn't reach anyone to take the kids in and so I helped Michael a bit and then he told me to take them in and stay for the brunch. I called when we arrived and he wanted me to stay.

I stayed and enjoyed the opportunity to simply visit with the ladies. I do miss the grown up ladies now that I'm helping in PCOC on a regular basis...but no one gives better hugs than the pre-schoolers...not even their mommies. ::snort::

We ran errands after brunch. We didn't get through all of them - but a lot of them.  Michael called and needed me to come pick him up and take him to the UCC. The surgeon suggested he come in and be checked out.

Michael just cannot take Vicodin or Morphine. The poor man is SICK and the docs think it is from the Vicodin he took 14 hours earlier.

Back at home again I made dinner....Gyudon (Beef Bowl) for the kids and Veggie Gyudon (which can't possibly be the right name) for myself. Arielle ended up having a couple of pieces of the beef and ate veggie gyudon with me.  Yes, I AM a messy cook...and yes, that IS what cooking is like in this season of our lives....Fairly Healthy and Vegan Healthy. LOL 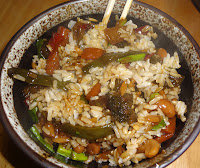 As is typical for this time of the year, we're thinking through themes for the upcoming year and I've been meditating on my personal and family focus of 2012. Praying about a "word" for 2013. I decided to bring the family into my musings during family circle this evening.

I shared  I was considering my 2012 "word" which was "secret place" - refuge, place of safety, protection and sanctuary. 2012 has included illness, two surgeries for Michael, Dad G's home-going, graduations of children, and I won't begin to share the ministry challenges....it's been a challenging year on many levels.  I commented THIS is not what I expected when God impressed "secret place" on my heart....but I SHOULD have known the way to experience safety and protection in the storm is to walk through a few storms. 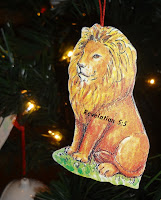 Everyone was tracking. I concluded by saying I was asking God what the word for 2013 should be and I wasn't sure yet. Zander piped up with, "ENOUGH!"  True. Enough.

We continued by discussing Jesus as the Lion of the Tribe of Judah. We weren't 100% sure our books was correct. It SAID Lions are the largest cat in the world, but a few of our family members think Bengal Tigers have that distinction....in any event....

The Advent Clue for tonight was something about Butyl Rubber ... 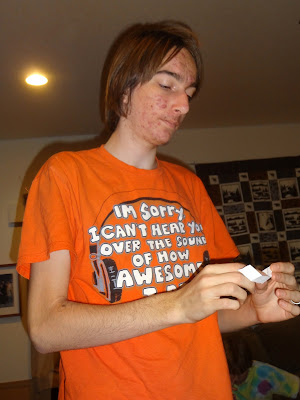 The clue led to a google search on "Butyl" as the kids weren't 100% sure what they were looking for. 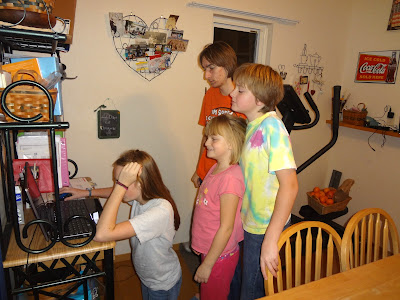 They headed to the garage, where our spare tires are stored, and found tonight's family gift.

It was Color Bloomz.  This was a great family activity as they decided which scene to work on, colored, assembled and set up the "tank." 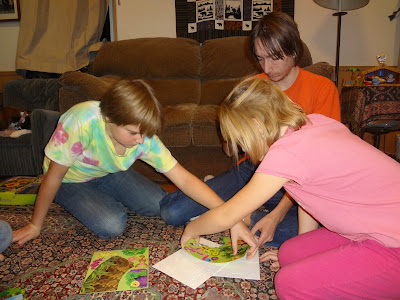 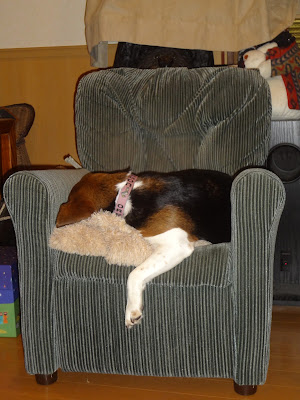 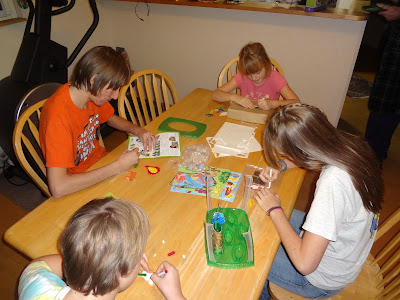 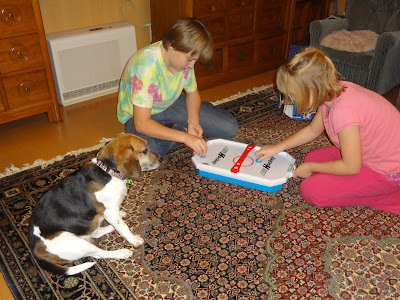 This isn't as spectacular as the photos on the box...but maybe by morning it will be. You CAN begin to see the colors bloom on the tree and here and there. 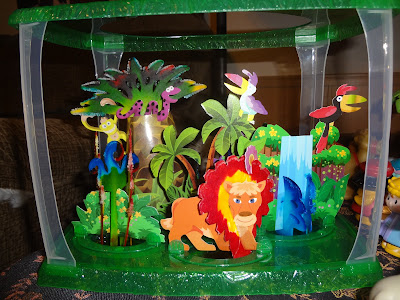 Joyfully Penned by DeEtta @ Courageous Joy at 4:48 AM

sorry for Mike. Praying. both bowls of food look good to me. really!