Our final day off before real life begins again! This was a slightly odd morning greeting...it seems we are to be blessed with a Dinner Play tonight. 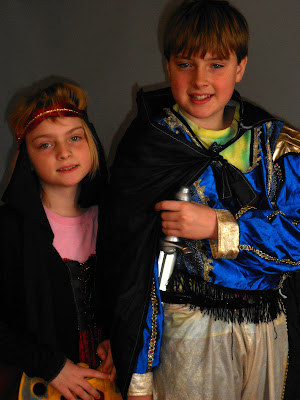 Michael and the boys had to shovel out the van before we could go anywhere..... 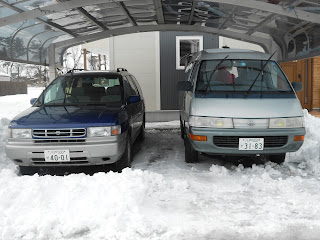 The blue color in the middle of the photo is the top of our trash cans, which sit in a stand. Arielle provides the perspective for the rest of the snow. It won't be long until our side yard is even with the fence. LOL 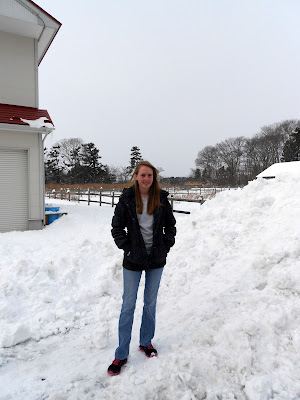 We decided the day called for snow play...well sort of. Michael and the kids went cross country skiing. I stayed in the van enjoying the view and the warmth. I wasn't TOTALLY wimping out. I needed to prepare for PCOC and it seemed like an opportune time. 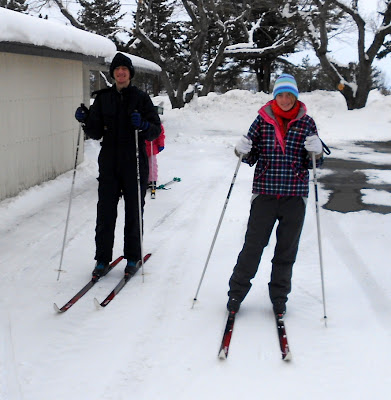 Arielle led the pack today. All complained she went to fast. She said she was hungry. We enjoyed lunch at Lakeview Grille.  They STILL remember I'm the one who ordered a veggie pizza with "no cheese" and really meant - "NO CHEESE AT ALL." ::sigh:: I really don't think I was rude. LOL 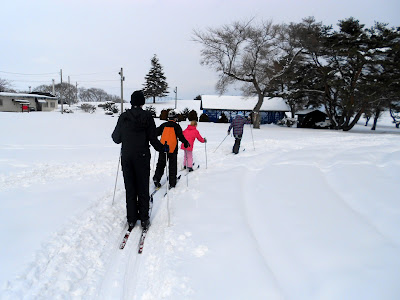 We swung by the BX. We needed a new printer and Michael has been researching. He's also been researching cameras for me....I want a real one...but I love my point and clicks for the ease of carrying in my pocket. I wasn't sold on anything bigger than my pocket camera....He sold me on the Olympus when I saw how much closer the 24x lens could get than any of the others. The DSLR he wanted to buy for me isn't carried here....and I'm really not sure I'd carry it as often....he still has the Nikon D70. 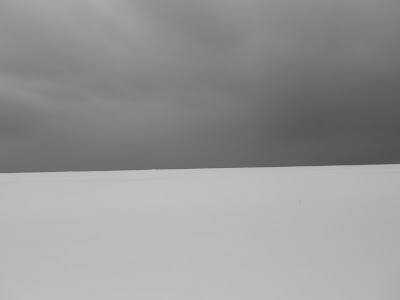 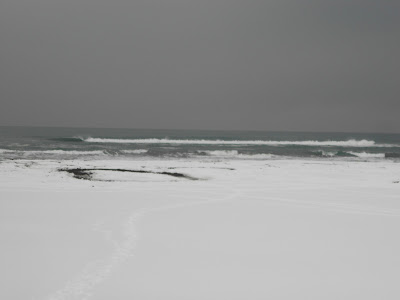 The dinner entertainment was hilarious. We'll have to have another performance in the near future. 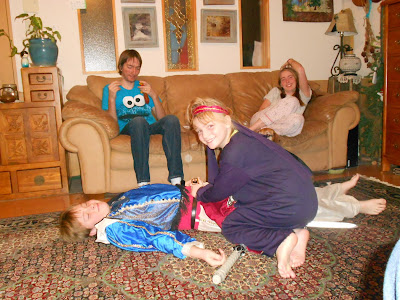 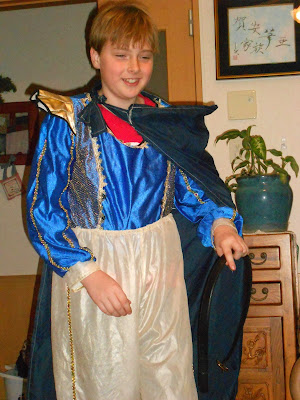 Joyfully Penned by DeEtta @ Courageous Joy at 3:26 AM

How fun! I remember the days when Bre/Krista etc use to put on plays. Neat! To tired to say much but beautirul snow!

I thought the same thing, Mom. So many fun memories....