Our  high school students wanted to take more years of Japanese. They'd already worked through Pimsleur. Arielle wanted to be "fluent." Nolan was game to give it a shot too.  I began to look for programs.

I found some sites which would work for the younger two. Finally, I called Ryu and Kim. I went to college with Kim. We reconnected again in Tokyo. Ryu, Kim and Jun have since immigrated to America. Kim teaches English to Japanese students. I wondered....would she be willing to teach these two. 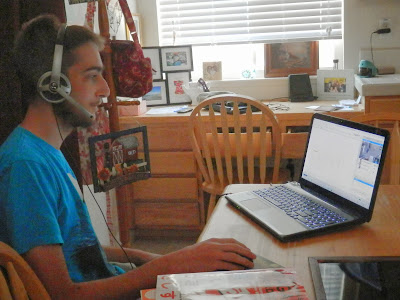 Ryu will teach them! He's the native Japanese speaker in their home.  Kim purchased some books for the kids in Japan, a friend of hers brought them over....and they're off.

Ah - the wonder of Web Ex.  They'll meet weekly via the Internet. I promised Akikosan we'd not forget our Japanese. I think it's a promise we can keep. 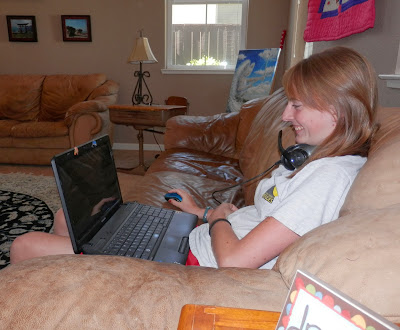 We had a wonderful time with your kids, De'Etta! We look forward to getting to know them better and better this year!

That is terrific!! What a wonderful opportunity.