Our family tradition for eons has been to eat out on Sunday to give all of us a "day of rest."  I felt a relaxing family day at home was in order, so I suggested we pick up rotisserie chicken at the commissary and take it home. I had all the go withs ready. This was a great idea - except this commissary doesn't sell rotisserie chickens. ::snort:: We settled for a couple of boxes of Banquet chicken. We pulled up and our land lord and his friend were here. I'm glad we came home.  Michael mentioned the smoke alarm had gone off twice - they're all wired together - it's LOUD and bright as lights flash with them. We disconnected it until I could contact him.  He's a fireman and went right out and got another one. 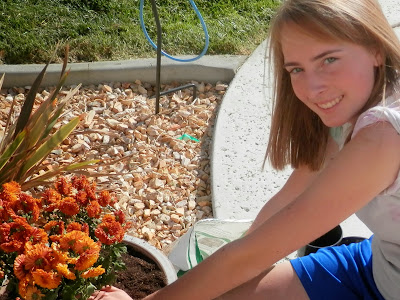 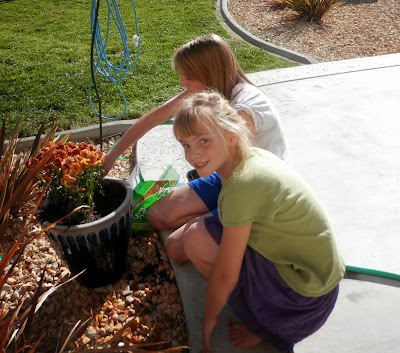 Emptying and cleaning the hot tub for the first time.... 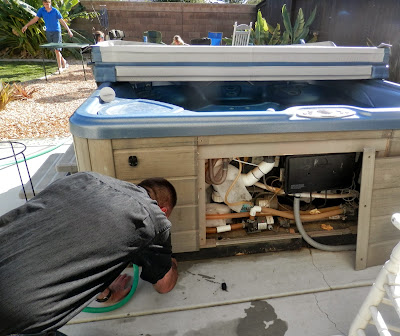 The amazingly perfect (low 80's) days beg for one to sit outside...and knit? 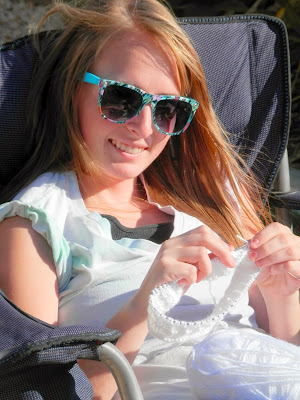 Stacia has been asking endlessly for a Star Wars marathon. I've not watched Star Wars for years. I lost interest in Star Wars as I couldn't follow the plot line. We determined to watch from Episode 1 and see if that would help. We watched Episode 1 and took a popcorn break. I dreamed up a popcorn/chocolate/cashew mix during that episode and they enjoyed.

We watched Episode 2 and took a break for ice cream. I was figuring this out and excited to see how the storm troopers become the bad guys.... THEN I was told we don't HAVE Episode 3. Why? It's a dark movie...."everyone dies or turns bad." Um - THAT'S the episode I NEED to watch to understand this thing. Neither Netflix nor Amazon had it available for streaming.

We watched Episode 4 - but I'm not excited any longer as I realize I'll STILL not know what happened.....and they won't tell me as they don't want to ruin it. Um.

We checked facebook and found the status update we'd been expecting to see in the near future. Bre is "in a relationship." Yep, Izaak and Bre are officially dating. Here's a photo of Izaak and Bre.  God things (and good things) come to those who wait. We look forward to getting to know Izaak and Dakota (his son) more.  We already know Bre fairly well. 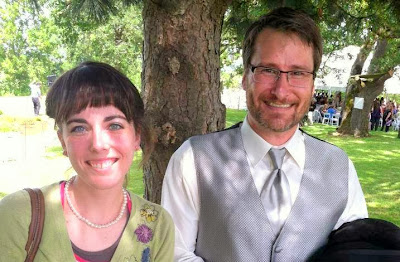 Why did we stay up till midnight watching Star Wars? Because tomorrow is a day off! Viva La Columbus!

So happy for Bre and Izaak! Has been fun watching this event come to be. love/prayers to the two of them AND to you and Mike.

Laughed out loud at the "We already know Bre fairly well" comment! :) Praying for great things for these adult kids of ours.