Inspired by the Parable of the Pressure Cooker I set out to make a pot roast.

First I had to FIND a recipe.....Janelle had mentioned 15 minutes but all the ones I found said 45 - 60 min. She has since confirmed her recipe was at 15 lbs of pressure for the longer time. Since my pot doesn't have rings or pressure gauges....I decided to go for it.

The You Tube videos I watched showed the women poking and prodding the meat - so I did.  This is what two vegans look like when preparing a slab of meat. 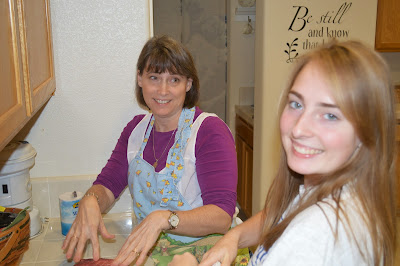 Things were going along well. THEN it was time to open it and add veggies. As it was heating back up the pressure rocker (black thing) looked strange. I kept commenting on it. Michael was working in the kitchen on my computer.....and was a bit distracted or I'm SURE he'd have paid more attention to my comments...but Whamo - the black thing blew off.....see it there on the counter? 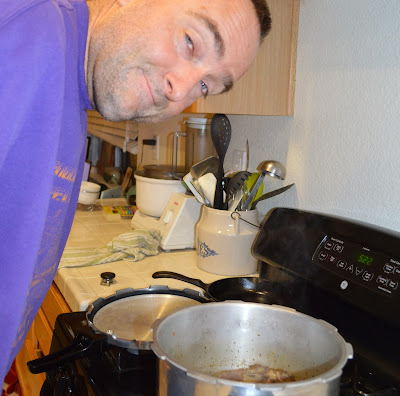 The other part of it was in the pot somewhere.... 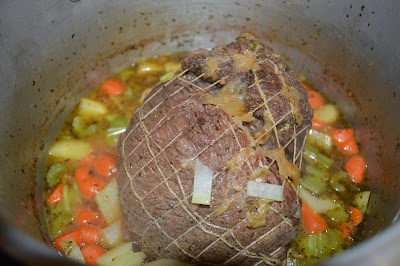 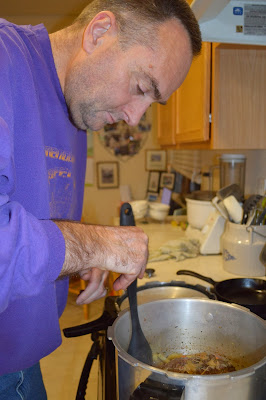 When dinner requires a socket and wrench to prepare - you know you're in for a special treat. ::snort:: 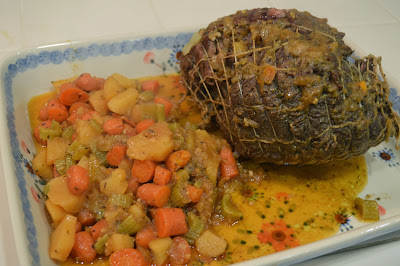 The veggies were a bit over done and the meat didn't quite get as done as they like...but I'll try again later.

So.....my additions to Janelle's parable....when you totally blow your top.....our Father digs around for your blown pieces and loving puts them back together with heavenly tools.