They believed and were Zealous

I read it a week ago. I focused on other parts of the chapter, but it kept resurfacing.

"...you see, brother, how many thousands there are among the Jews of those who have believed and they are zealous for the law;....." Acts 21:20.

Paul and his disciples have collected an offering for the Jerusalem church from the Gentile believers. The gift is delivered and instead of a heart-felt thank you, THIS is part of their response to Paul.

They glorified God when they heard the report of the gospel spreading among the Gentiles.

But see...there were many thousand Jews, living in and out of Jerusalem, who have believed in Jesus as Messiah. They are zealous for the law. They'll be offended.  Isn't religion always easily offended?

Paul is asked to make a vow, pay for four others to fulfill their vows...and he does. Paul is all things to all men to win some...he pursues peace. By the end of this chapter he's in jail.  Much, much to glean from studying Acts and Paul's ministry. He is OK with jail - he's zealous for Jesus, for the cause of Christ.

"....they have believed and they are zealous for the law."

I read the words.

I studied the words.

I prayed the words.

I savored the thought.

Can you imagine the AUDACITY! Why not a thank you?

Because they are zealous for the LAW.

They ARE believers. They know Jesus is the Messiah.  They are zealous for the LAW. 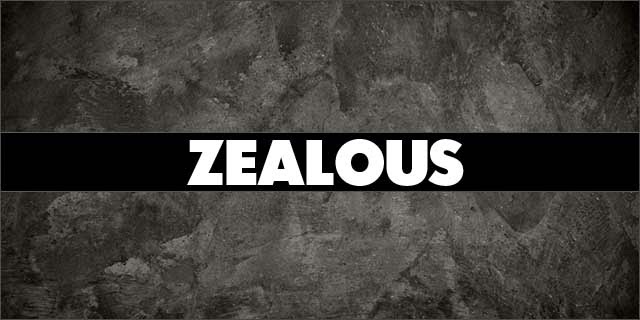 The Greek word used here, Zelotes, means to eagerly desire something. It is also the label given to a Jewish sect that was 1/2 religious and 1/2 political. This sect led to wars in the ancient days.

"....they have believed and they are zealous for the law."

They aren't zealous for Jesus....or grace or relationship. They are zealous for religion.

I've been told I tend to get "obsessive" about my passions. I prefer to call it "hyper-focused."

It dawns on me -  ANYTHING I am zealous about other than Jesus could lead  to audacious responses and disunity.  Think about it.

We tend to get zealous for so many things....a leader, a ministry, a Bible study speaker, the word, a social cause, politics, the environment, a vision, a diet, an educational style, a medical choice ...but we are called  to be zealous for JESUS. Yes, Scripture mentions being zealous for good works, and spiritual gifts and probably a few other things...but those come in response to relationship with Jesus.

I have really listened this week to the zealousness in conversations, in the media, and  in my heart.

I am determined to be one of which it can be said, "She believed and she was zealous for Jesus, for grace, for the cause of Christ."

She believed and she was zealous for relationship over religion.