It's been a big weekend!

Jamin - yep he's ALWAYS been our runner - ran his final Lonestar Conference this weekend. I watch him run and I remember all the times he got away from me at IGA in Hardin.....all the times he escaped the nursery workers and shot up the aisle at Hardin Open Bible.....shoot....he was just reaching for his destiny!  I was looking for photos so I could write about his race and found he'd made the Lonestar Conference Academic team....Congrats son...toot the horn just a bit louder - k? 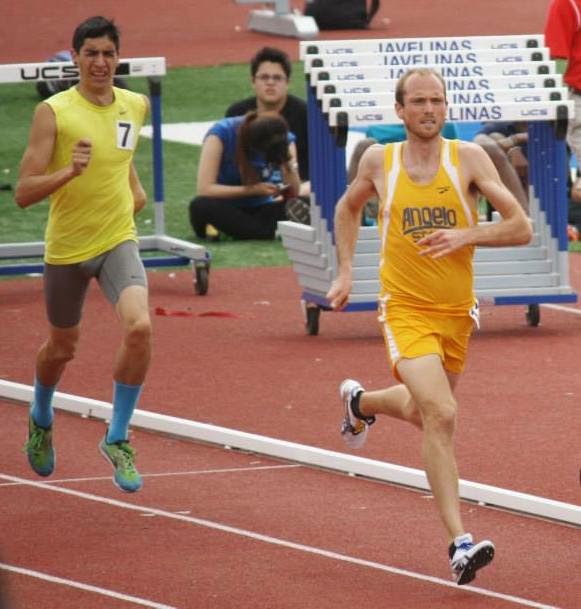 "Gherkin, a security studies major, has led the Rams distance crew in both cross country and track this season. The senior broke the ASU school record for the 10,000-meters earlier this season....and is currently ranked No. 2 in the LSC for the event. Gherkin has now been named to the all-academic team for the LSC twice with one for track and one for cross country. To be eligible for LSC academic honors, student-athletes must carry at least a 3.30 grade point average and have reached sophomore status both athletically and academically."

As the week ended we kept track of how his Achilles tendon was doing.  Not 100% but "feeling good." Um....this made me pray harder. LOL

Finally, Friday came. I spent the day trying to find a live stream. They didn't stream it this year. Bummer.....but we were all watching for the results and knew very quickly....he had a good race.

"Jamin 'Gherkin'  finished second in the 10,000-meters with a new career-best and new school record time of 31.32.69 to give the Rams a huge eight points to end day two of the championships!"  He beat the record he set a few weeks back! Handily. Both Jamin (yellow) and the Conference Champ (center) broke stadium records as well. It was a fast race. The rams weren't able to hold on to their lead and came in 2nd.
COACHES you never know what will happen when you agree to let a homeschooled-never-before-competed- kid walk on and have a trial run....When that homeschooled kid is determined to work and train hard you never know what may happen.

Congrats, Jamin. We're proud of you. Your dedication will take you places.

Doug and I are SO PROUD of this young man and what he ?!accomplished! He texted Doug after the race to share the news. Hard work, discipline and focus...whodathunk it when he was a boy

Ah, thank you for being proud with us....and thank DOUG for being a great mentor for Jamin!