Last year we had a gingerbread competition - men against women - at Thanksgiving. This year we had one gingerbread but didn't feel like doing it. We saved it.....and decided to do it on New Year's Eve.

This year we aren't soliciting  votes - it's pretty apparent to us which team won. ::wink::


The women definitely won for cuteness.... 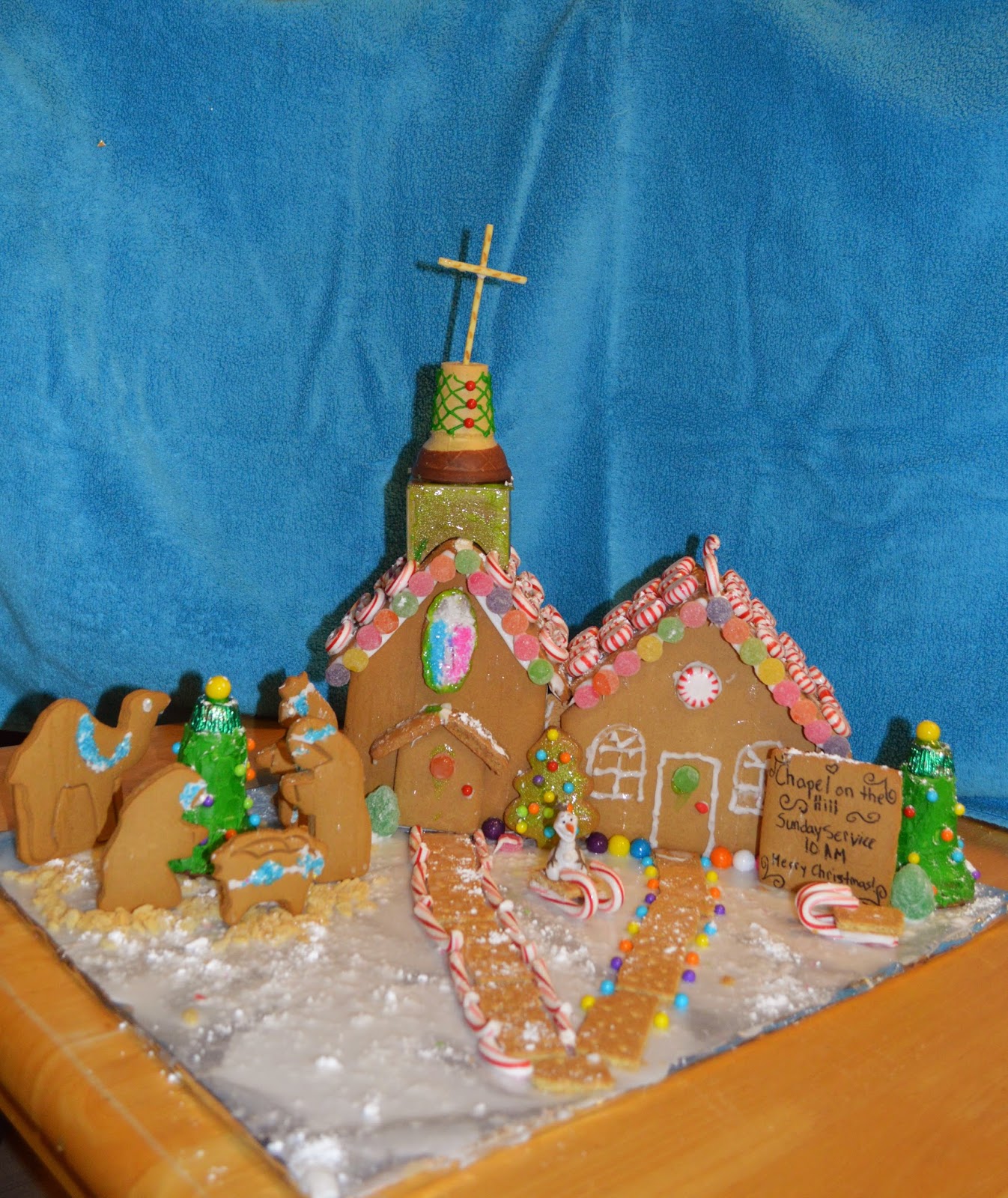 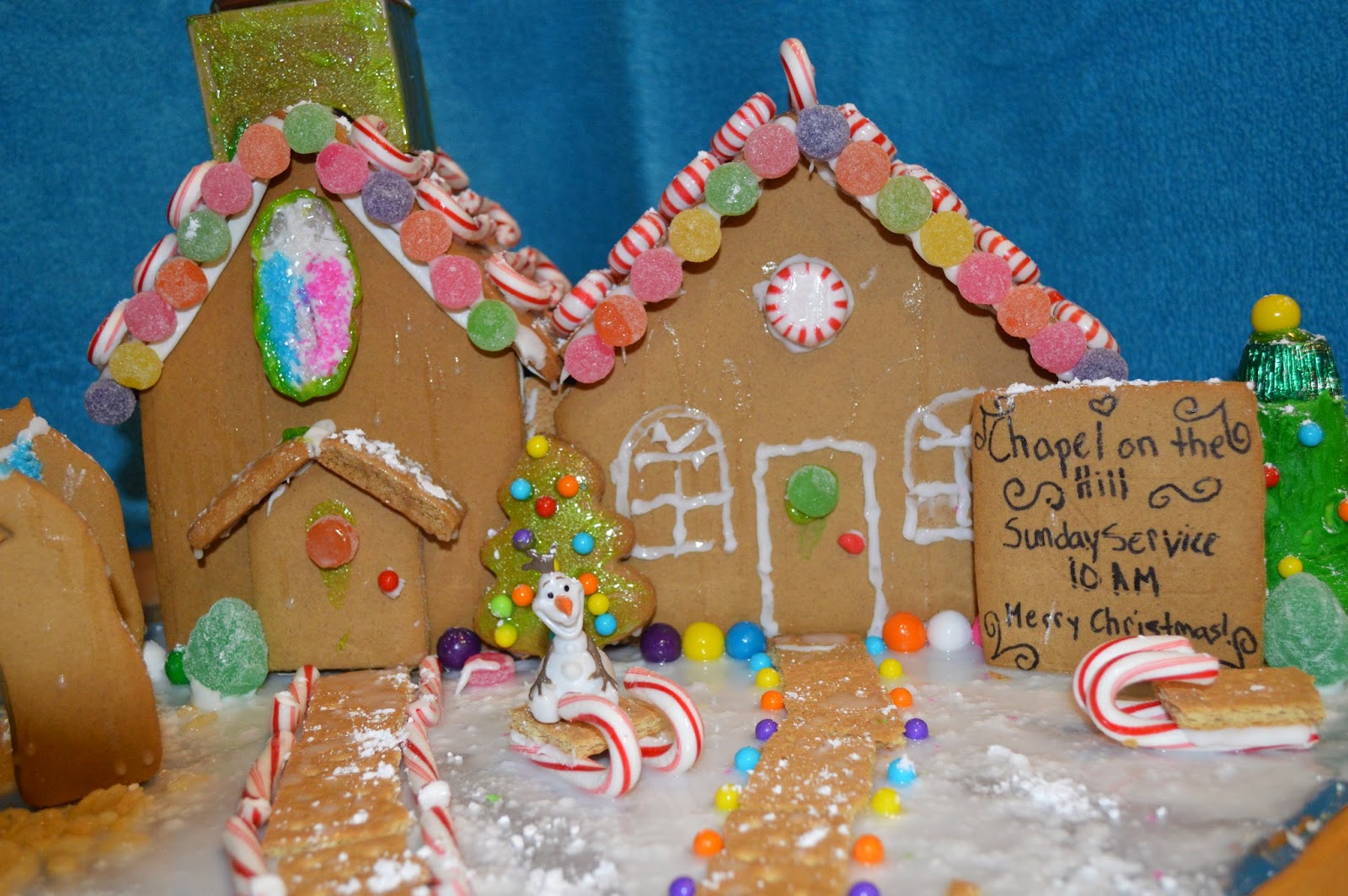 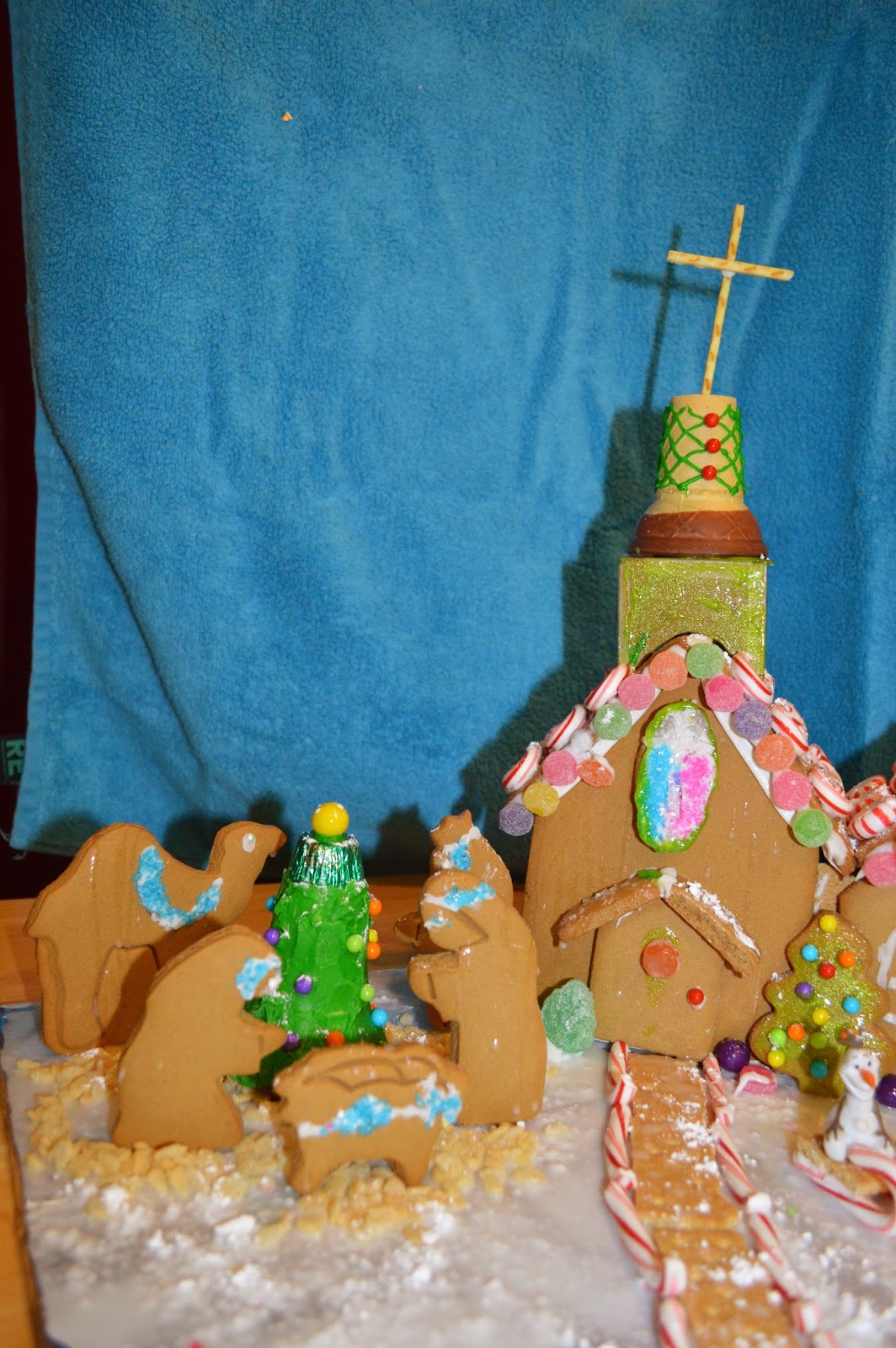 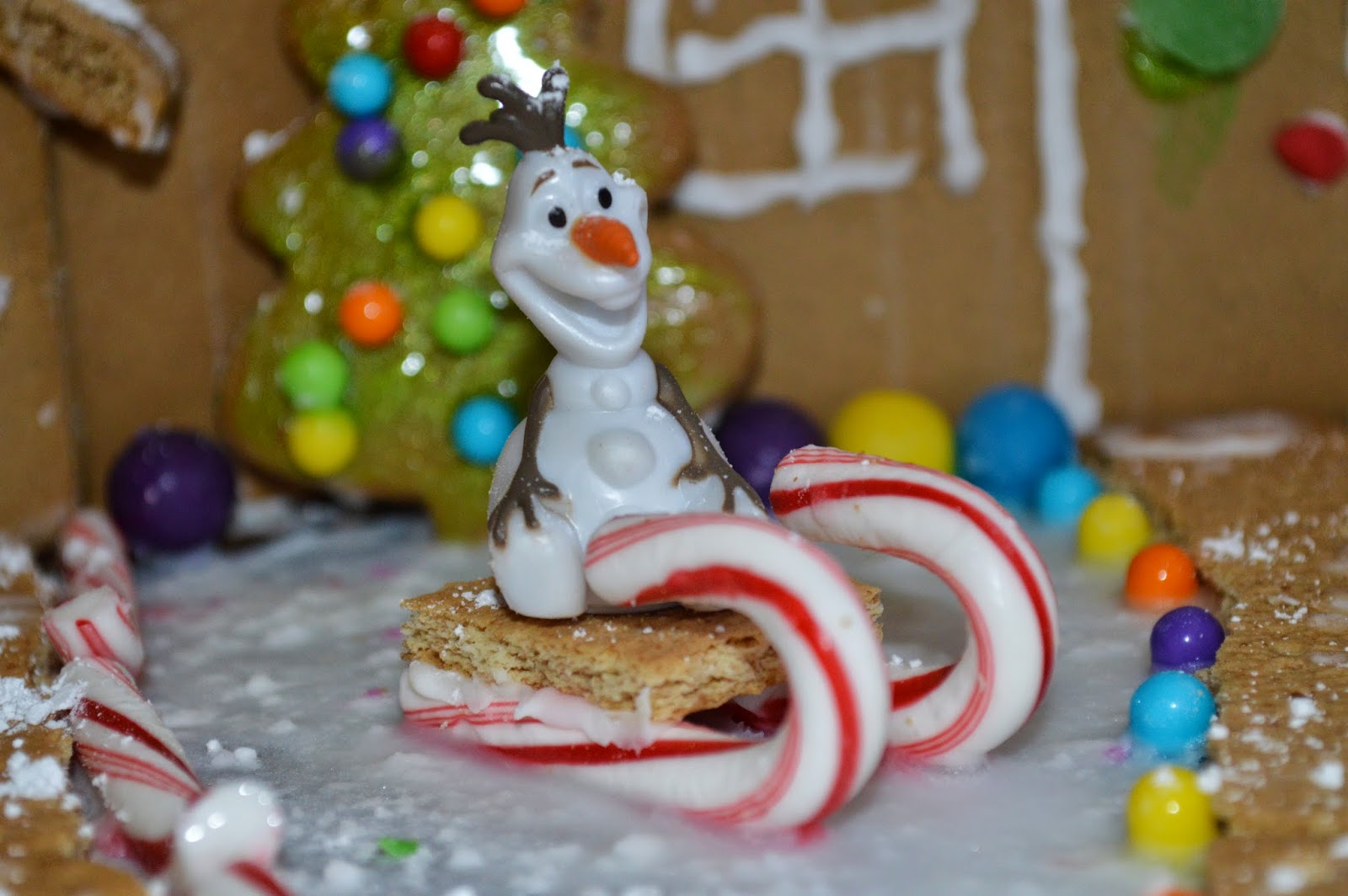 The men? Well - the castle walls they made from the Ninja kit collapsed. Sensing they'd lost the cuteness factor, they shifted to "creativity."  The more you look at this village the more gruesome it gets - though it is creative. They lost Dad and Michael when they began decorating. ::snort::  I will say I've never seen a gingerbread village like this one. 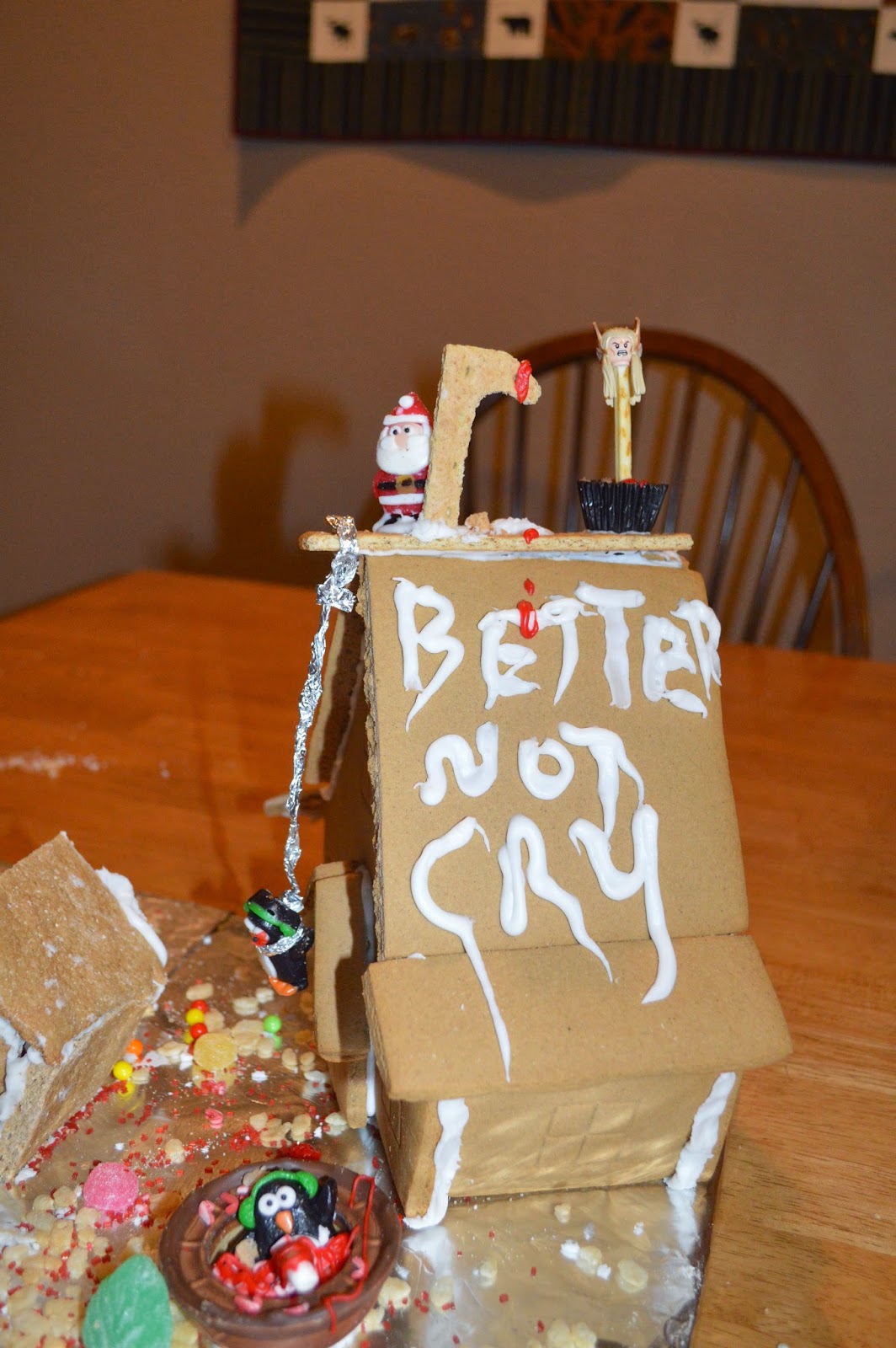 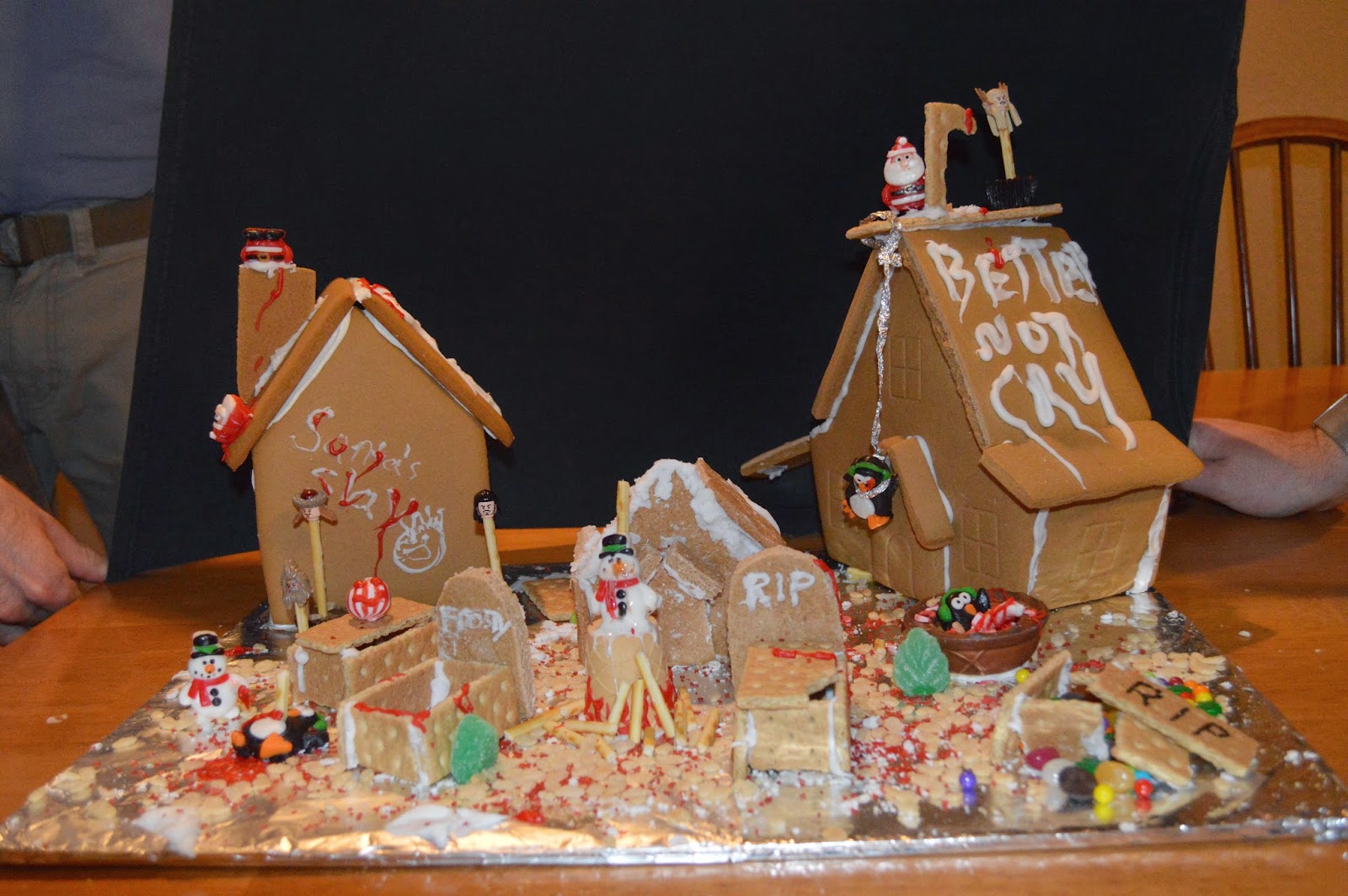 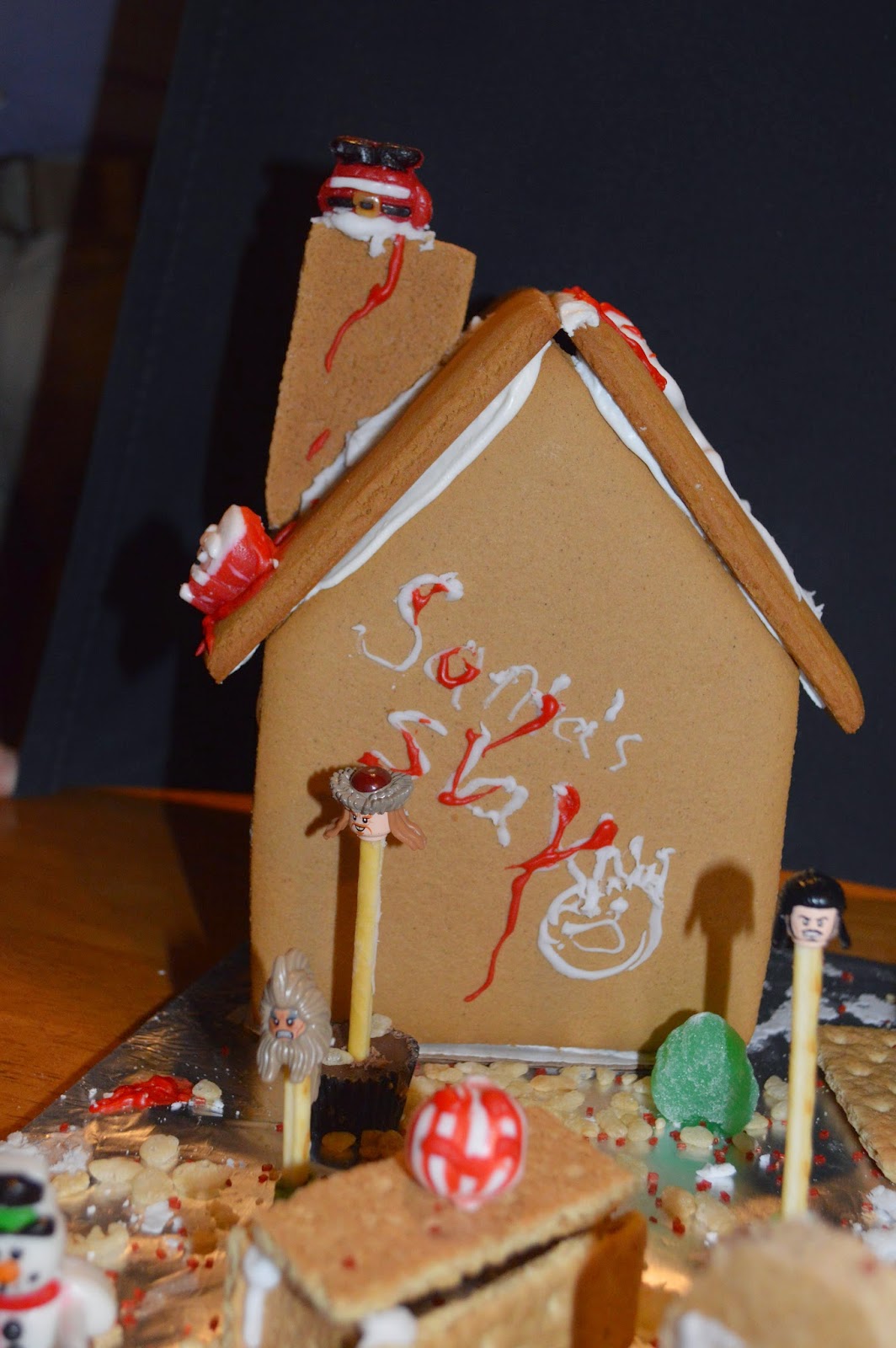 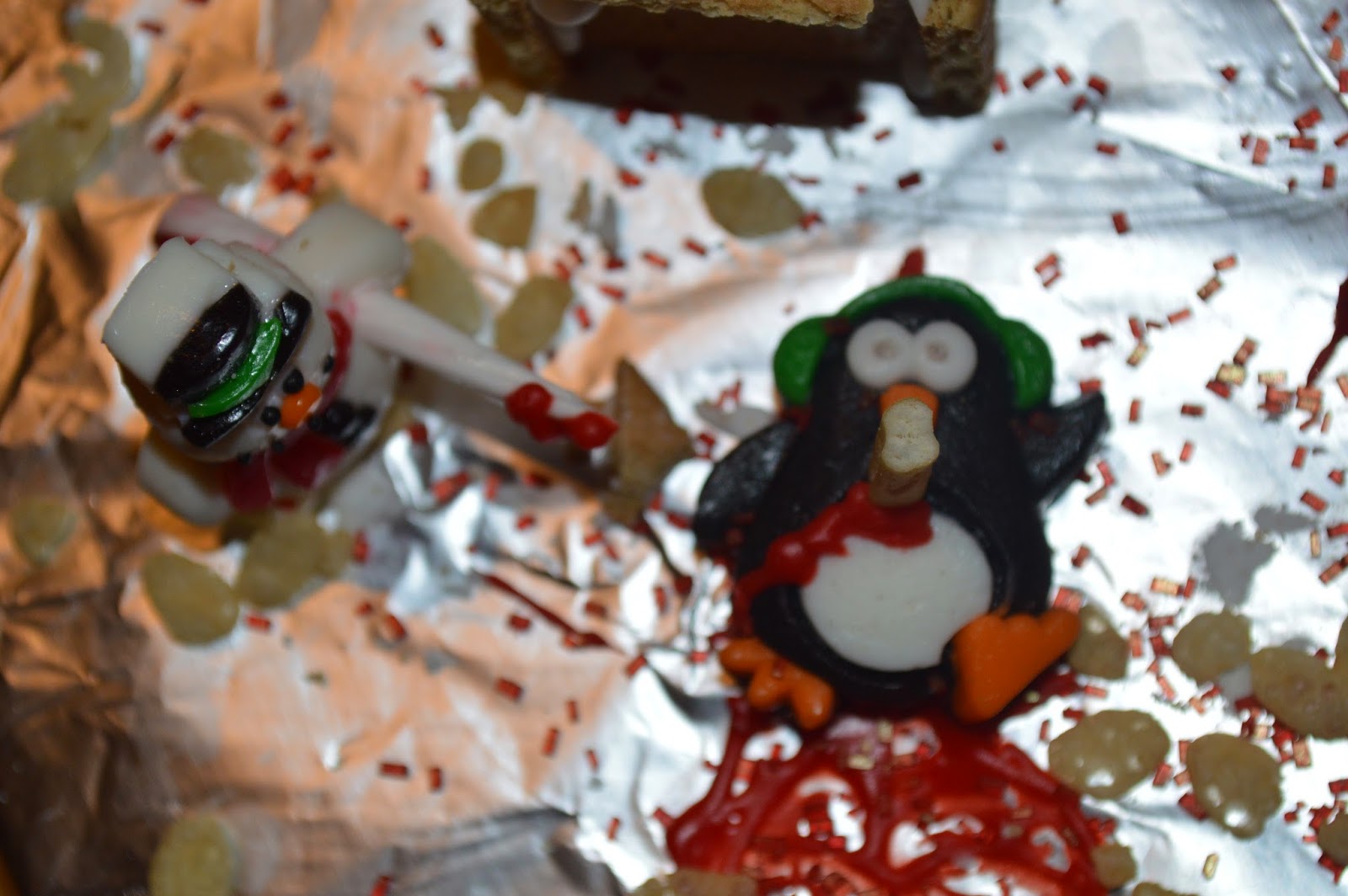 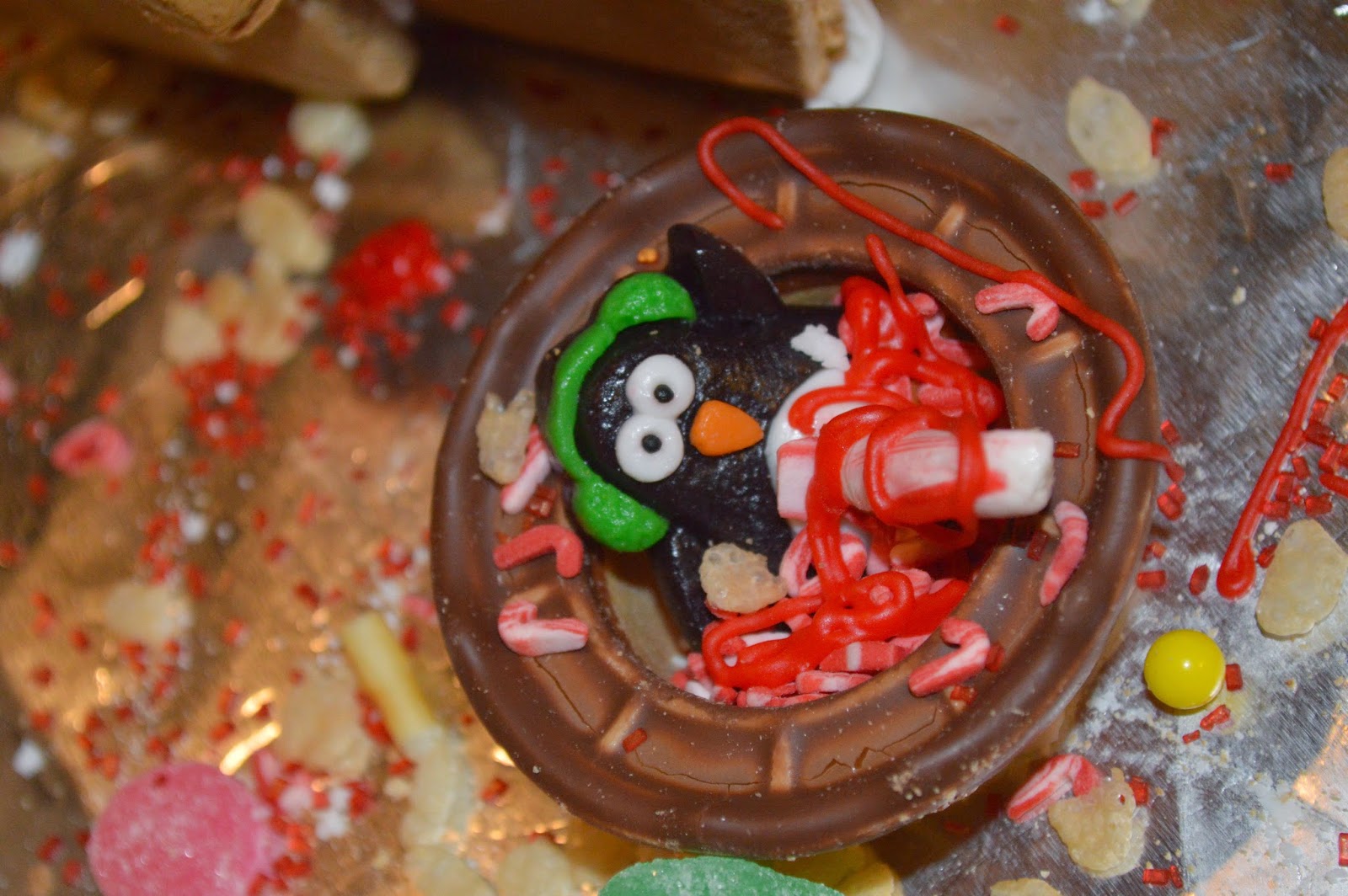 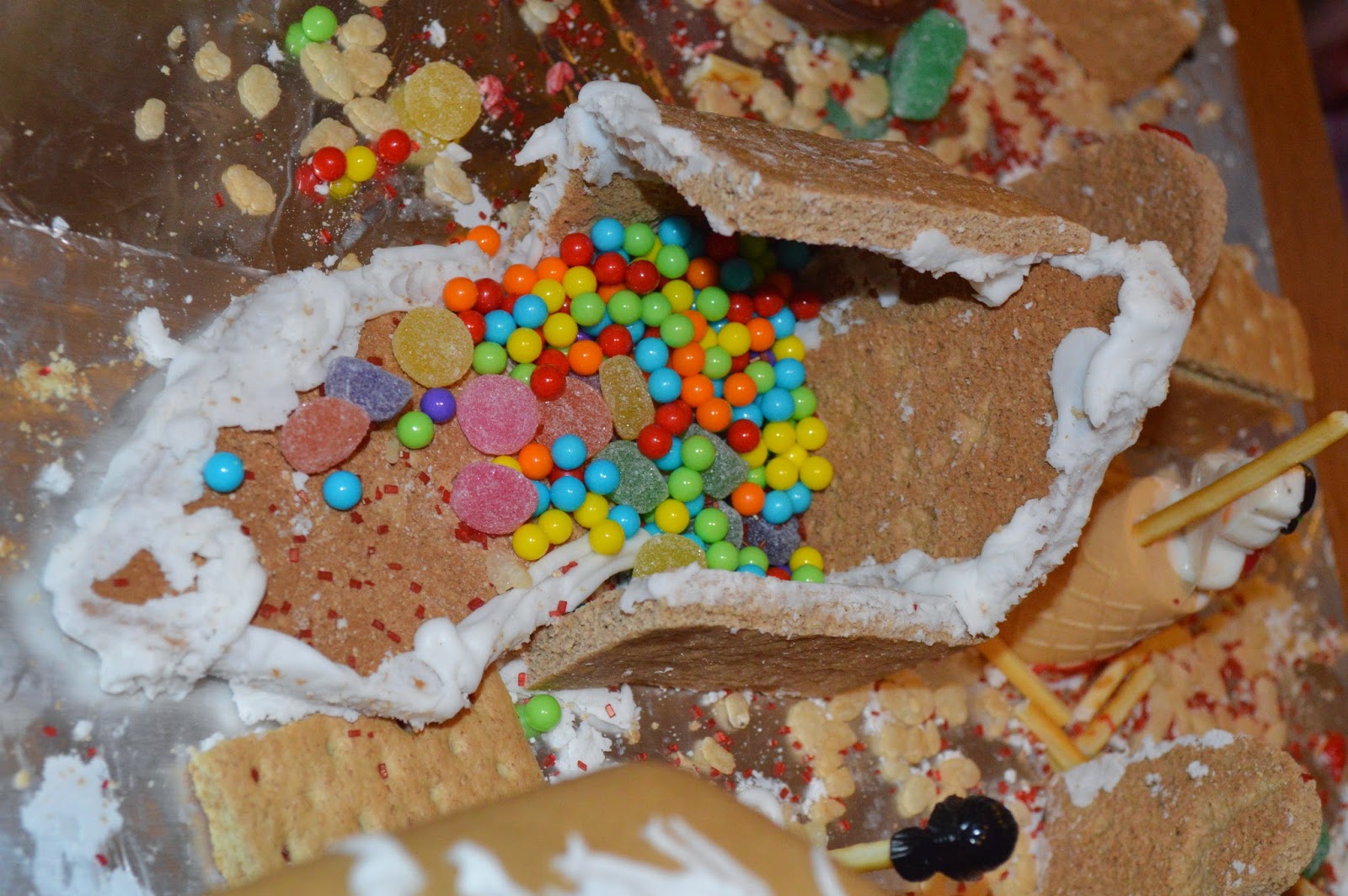 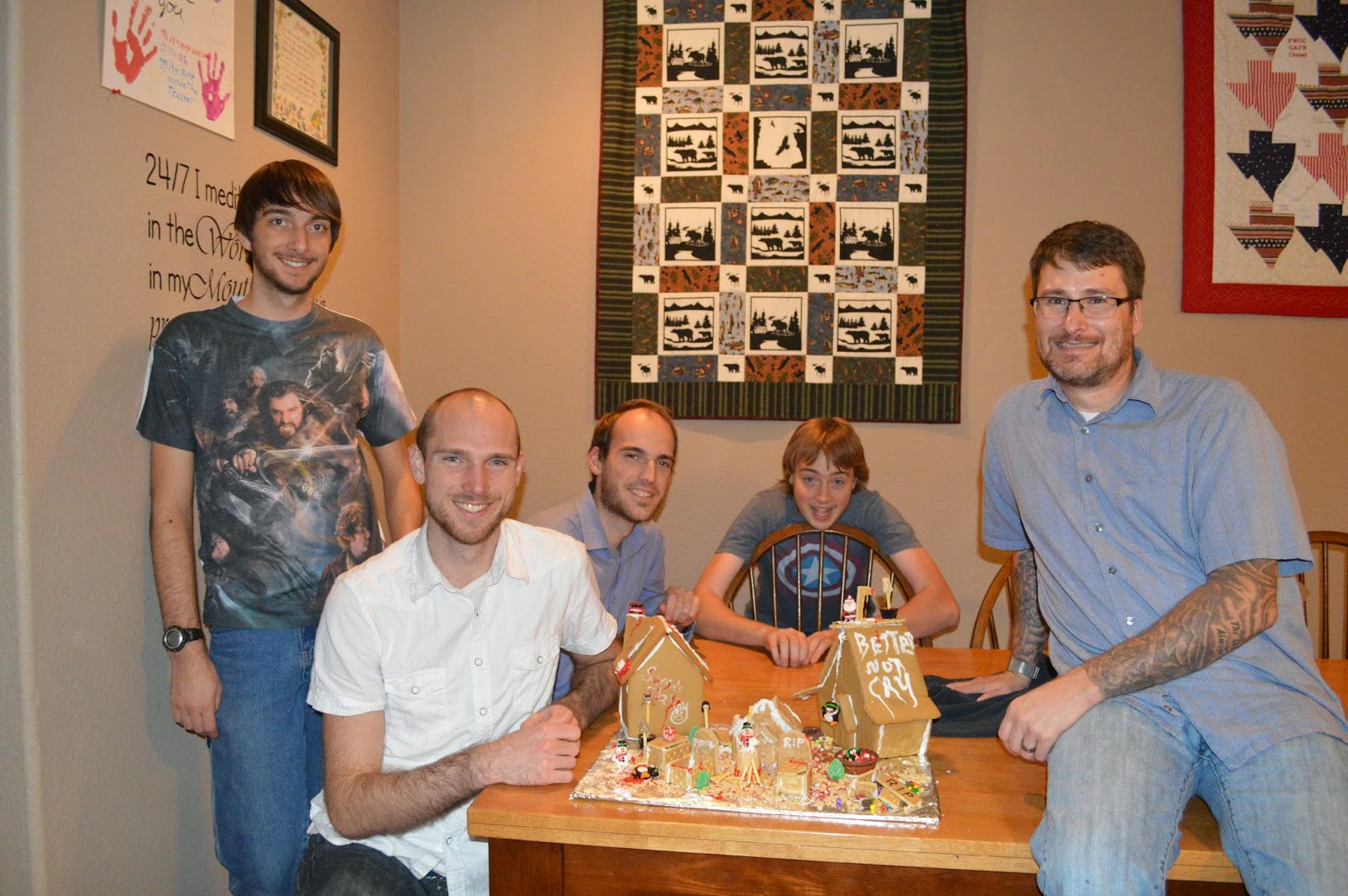