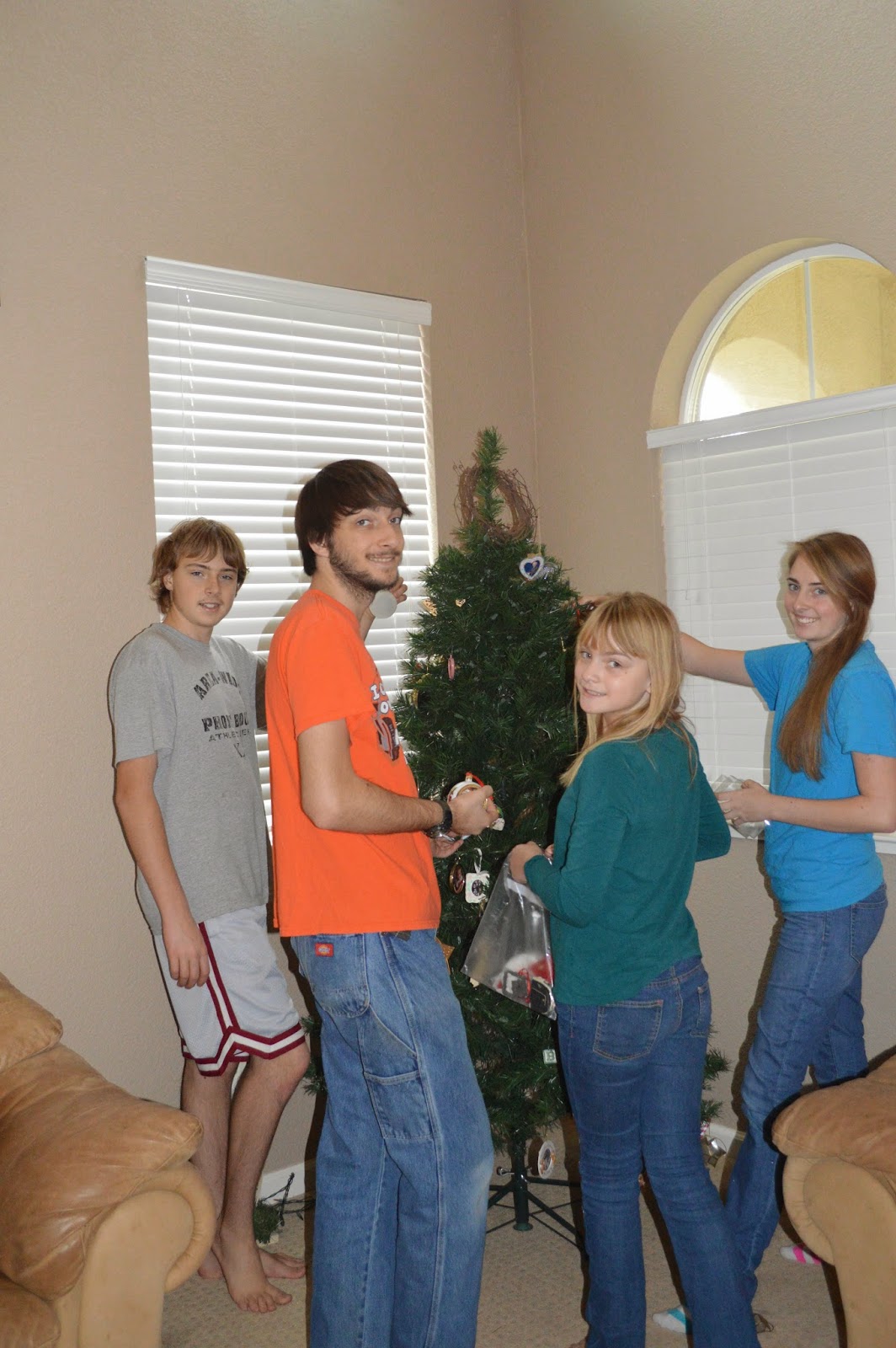 I knew we'd eventually need to put Christmas away. We deliberately left it  up until 6 Jan. I thought I'd pack it all away the afternoon of the 7th when I brought Michael home from his "same day" surgery. You know how well that plan worked.

The kids and I tackled it today. I discovered the root of my reluctance.  As we took things down we decided which things we love enough to keep and store for a decade or so....and which had to go. All the outside lights, wireless music, candy canes and light shows....nativities, signs, books, movies etc....we did it. We even took photos to start a FB album for locals and family to claim things before I take them to the thrift store....now I wonder if I should start stacking things in a side of the garage for a big garage sale. What do you think?

This missionary call is hard core. We've been simplifying for the past five years and here we are. At the point where we will need to decide what is really important enough to pay to store and what we can let go of.

Yes, there is the pull of "things." We are at the peak of our earning potential. We have "things." They are nicer than they were when we first married. They are probably nicer than we will be able to replace them with when we "really retire." Yet, it's not the "things" that made me sniffle as I packed away Christmas.

It was the fact  I needed to keep aside Arielle's Christmas Stocking and ornaments as she may well not be with us in Japan.  Yes, we do talk like we are going to Japan. We believe we will. God hasn't told us anything differently. The assurance grows. It certainly won't hurt to simplify if we DON'T go overseas....but again it wasn't the things. It was realizing  embracing this new dream means letting go of the older dream. The one where we moved to a house in a small town and lived for the remainder of Stacia's childhood, within a days drive from the big kids and Bowers, surrounded by all our things.  Somehow it was easier to let go of the old dream when it was years away....we are now months away from either buying a home in a small town or giving the majority away and putting the rest into storage.

It's the saying goodbye to say hello....the saying goodbye flat out hurts. Most days I'm o.k. with it all - other days I am terrified  I'll miss out on being vital to grand kids, spending time with aging parents, growing old with girlfriends and more.....

So, today, I am a bit blue....excited about where God is leading....counting the cost and understanding more and more why our family word was and continues to be -  Courage......


From 13 boxes, many BIG TOTES down to this....and most of it won't be going overseas in a suitcase. ﻿ 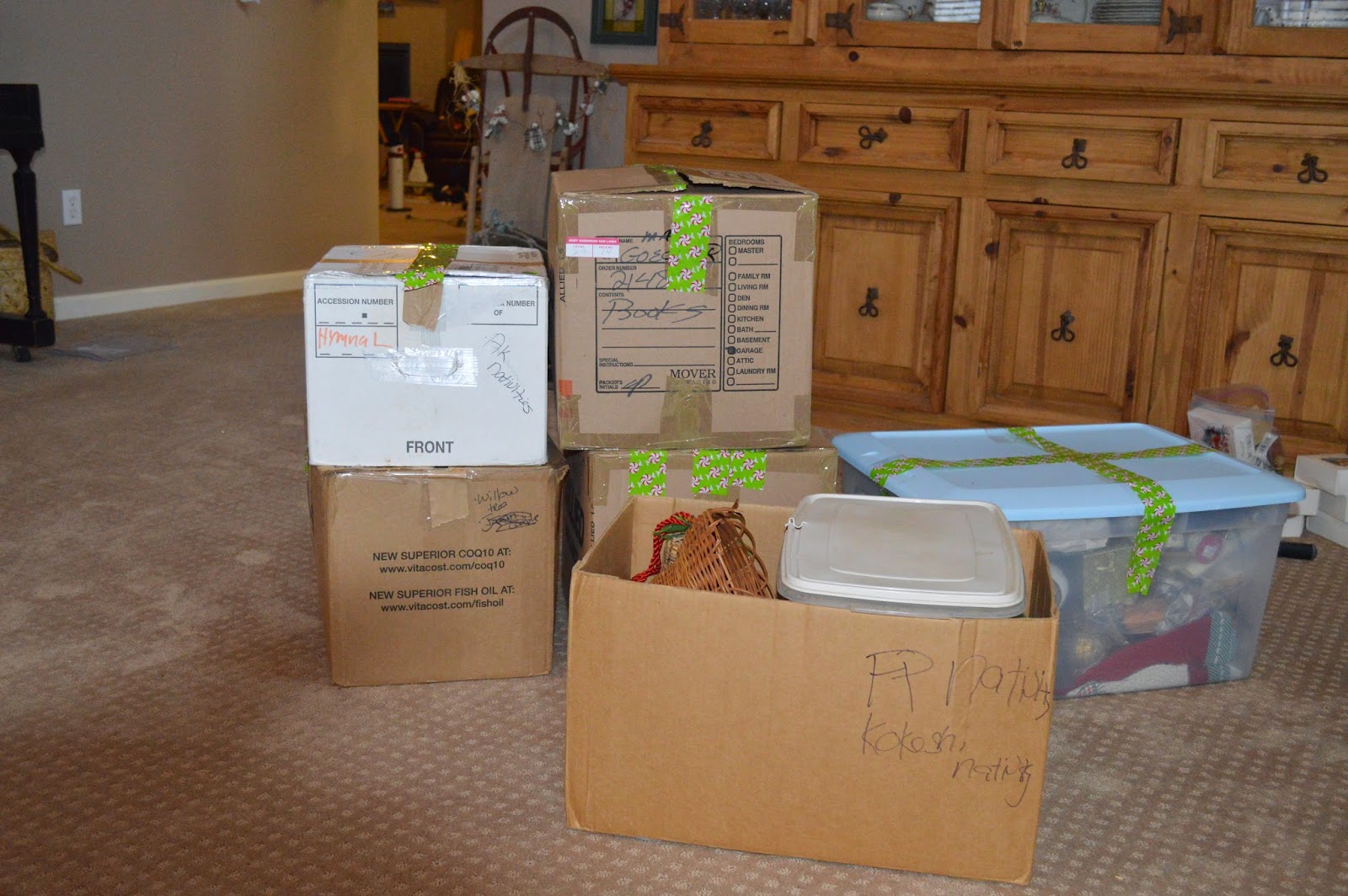 Nolan laughed at this.....look what I found in a box in the garage. It turns out we had a couple of unpacked boxes from the move.  We haven't had a tape player for years - but by golly we have tapes. Nolan remembers spending hours in Alaska rewinding tapes after I discovered him unwinding them. ::snort::  I guess we should have a big unwinding party. That could be fun. 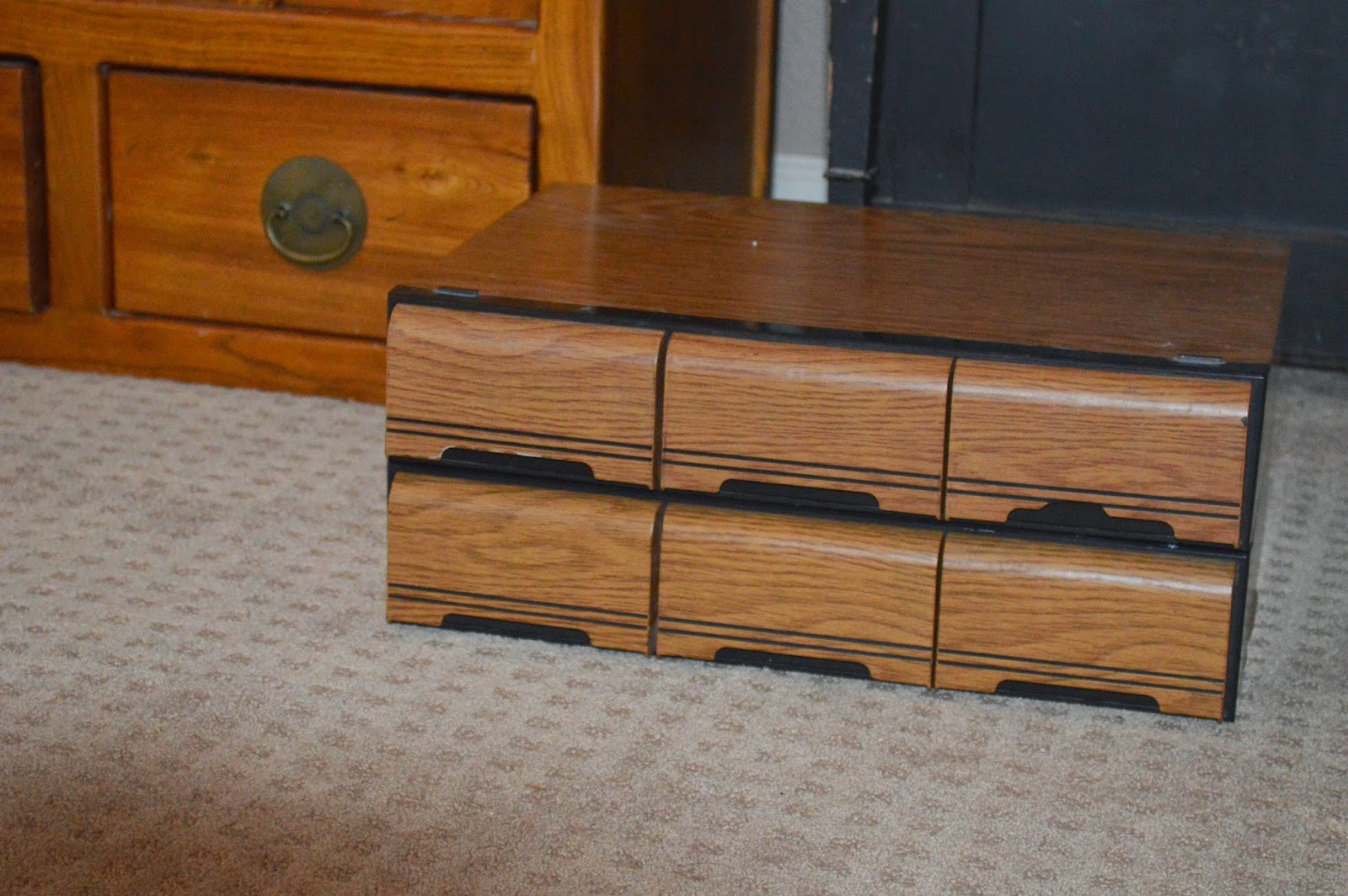 And because the day hadn't been emotional enough I decided to get a year of the blog ready to print. The next year up was 2011 (doing really early one and a sort of current one concurrently). 2011. The year some of our greatest fears materialized.  There are some photos, some  memories which instantly make my gut clench, my eyes threaten to water...and that time....We still live the repercussions of that event.

How can we NOT go back?

Oh my! Praying for your sweet family.

I can't imagine. Praying for you!

De'Etta, I can only say, "Yes." And your last sentences brought tears.