Shameless bragging about to begin - though I feel I should point out there is a purpose to the bragging. 1 - our kids know how much we enjoy watching them follow God's path for them,  2 - those who know how often I fail as a homeschooler are encouraged to see how BIG God's grace is to cover our parenting/schooling failures. I need that reminder from time to time - still - finishing up our 26th year of homeschooling.

My Mama heart just about BURST today! Who would guess this haphazard homeschooler would be sitting at a graduation in TEXAS watching one son on the platform with the official party as the University Student Body President, while another graduated with his Masters -at 23 with a 3.9 GPA - in Security Studies (as in national security not financial securities)? God is good - these boys are pretty good too - mostly. ::wink::

Jamin has shown nothing gets in his way when he sets a goal.  I honestly wondered if he could work full time, train and finish this program in 1 1/2 years - but he did - debt free. I am convinced he will do just as he says as he moves to the Bush School of Government at Texas A&M.

I got a huge kick out of watching Jared swagger in with the blinged up officials - and then shake the hands of the graduates - all except two.
There's our Jamin  in all his bling - white Student Athlete Sash, some honors cord, blue Student Government sash...and the blue sash hanging down the back for his Master's program. 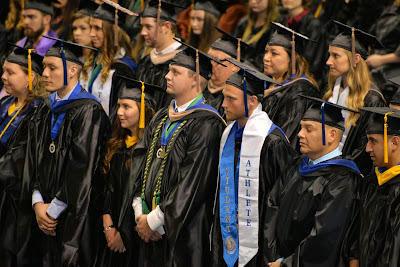 THIS is my Jammin Jamin. This is the one we were told would NOT learn how to read unless we put him on Ritalin. THIS is the one who told me his only wish was to be an only child (he's number 4 of 9).  When he as a wild, WILD, loud, runner (as in AWAY - escape artist - not the marathon runner he is today)...an older Mom told me he would bring great joy to my heart some day and I would be doubly awed because I would know the price I paid in training and praying for him - and she was so right. 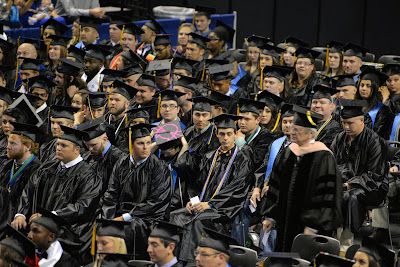 Do you see the pink Hello Kitty on the graduation cap below - about middle. That's Larissa, ASU's "First Lady," and Jared's girlfriend. She graduated as well today with a Bachelor of Science in Mathematics/Computer Science.  Now, I am NOT a math whiz - in fact I'm the opposite - but this is how I remember the story. In the math department (or professional number crunchers) when you have finished a problem, you have no more proofs to work, you put a symbol at the end. Most use a rectangle. Dr. Smith uses a unicycle. He allowed the students to make their own signs. Larissa chose a hello kitty at the end of her proofs. And here you have it - she's done with the problem, she has no more proofs to offer - She's finished!

Soon it was time for the graduates to walk the plank....I said Jared shook the hands of all but two - he hugged Jamin - but we missed it. Instead here he is with someone else. LOL 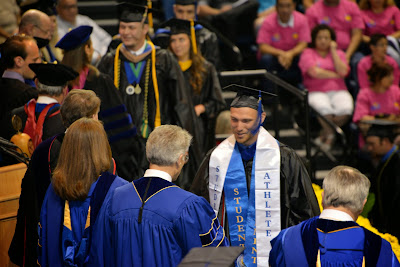 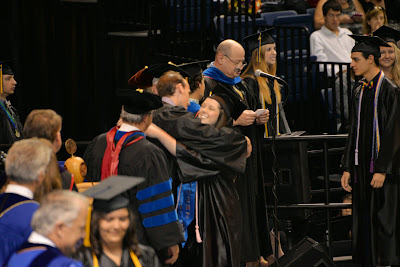 There she is! She's lovely inside and out. 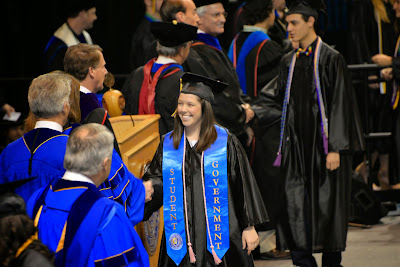 A personally moving moment was when the President of ASU announced the six newest 2 Lts to the Air Force. They'd graduated through ROTC and took their oath of commission at the end of the ceremony. We mouthed along and they received a standing ovation. 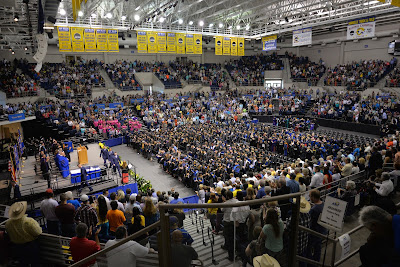 Singing the ASU song - which is really not amazing 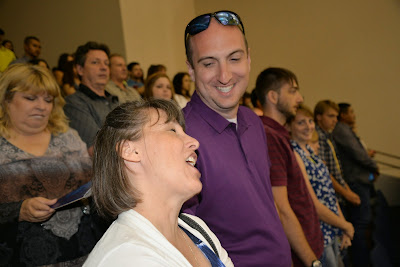 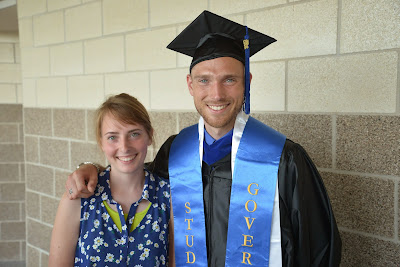 Jamin with his 10,000 Meter record on the board - about at his ear level 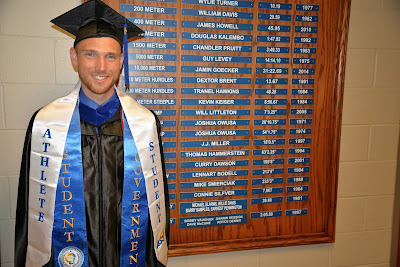 We had a reception afterwards for Jared and Larissa. It was a fun way to meet most of Larissa's family and quite a few of Jamin's friends as well. 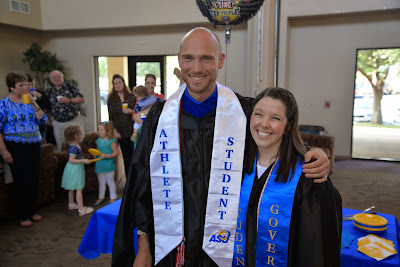 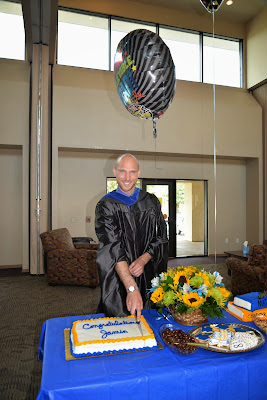 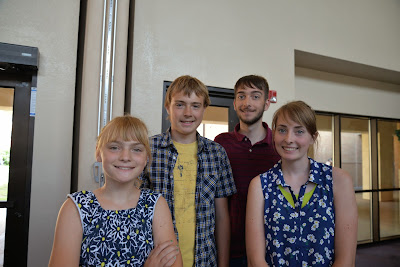 Jamin asked that we have a family BBQ at the lake that evening...which we were happy to do. 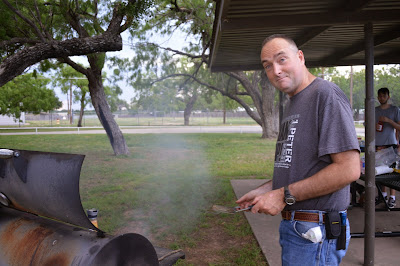 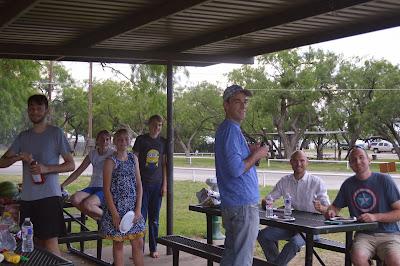 The camp host came around to remind us if the sirens go off to head for the bathrooms. We were under a tornado watch. The man next to us got quite alarmed. We pulled out the chairs to watch the light show - quite spectacular. We've missed Texas storms. 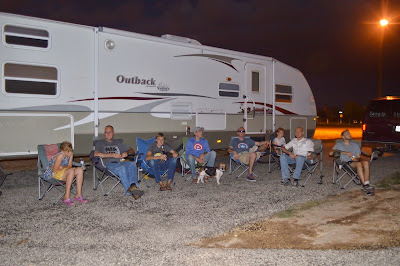 We discovered we could all sit inside and visit if we brought in a couple of camp chairs.....Arielle got creative with the space issue. 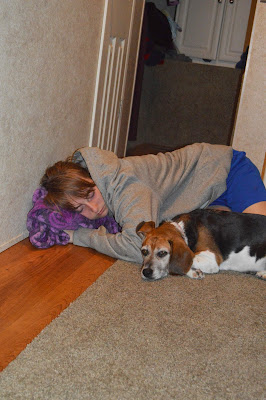 What an absolutely wonderful all around day of celebration!! Fantastic! Congratulations to all!