The One That Got Away

By now blog readers know our retirement plan is to move into the trailer until God opens the doors to Japan.  We discovered, on this trip, that Michael and I had different ideas of what "moving into the trailer meant." I truly thought it meant we'd camp in his mother's neck of the woods for 6 - 12 months, with occasional road trips. He plans to travel the states.  We'd best go with him.   I'm game, but I need to rethink a few storage issues and such.

Michael has been looking for a Class A Diesel pusher RV.... Last week he found one which fit our budget. This was the first time I took much interest in the search. I knew we wouldn't really do it unless it fit the budget...and I didn't think it would be possible to find one that fit our budget. ::snort::  He found one - it even has bunks. The kids don't want to have to take couches and dinette up and down every day for months on end. I understand. I crave a spot to be in the a.m. before all wake up and that doesn't happen if someone is sleeping on the couch and table. 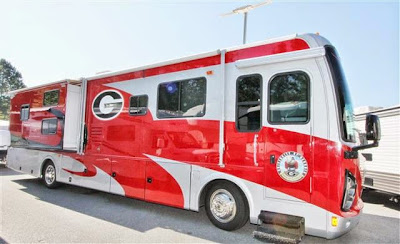 I still wasn't 100% sold on this plan - but our van has 130K miles and the idea of putting another 50K or so on it while we travel pulling a 31 foot trailer....well we're going to have to buy a new truck or something....so we're contemplating and praying and doing a LOT of research and praying. 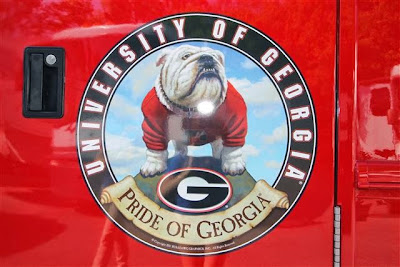 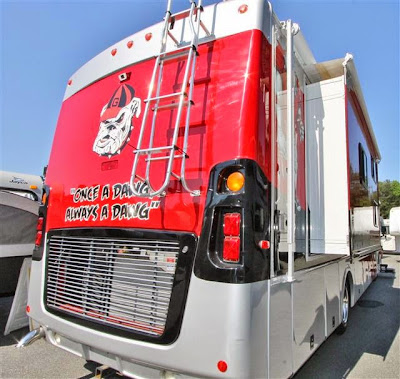 We had some questions which they were quick to answer.  The layout was good. The mileage low. While not as much counter space as we had hoped for, it did have lots of storage. The master bedroom had a full closet, dresser, and lots of cupboards. 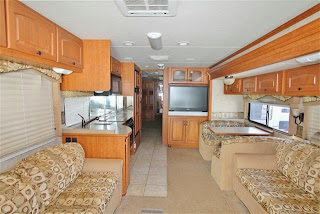 The Specs and Ad said this model had 3 bunks. It became apparent to us that they had chosen to have two bunks, rather than three installed.  That was a shocker and it took us a day to decide we COULD modify the existing bunks.....Michael told them he'd fly to GA to see it in person. We spent 3 days thinking this would be our new home and on the 4th day..... 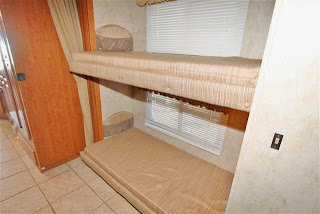 The ad disappeared from the Camping World website and the salesman quit communicating with us. We are assuming it sold to someone who didn't need to fly in.  And I had such plans for new decals on the outside to match the bold red paint.

We assume this isn't the home for us. It's not the end of the world - we DO have a trailer and a van and will move in to it if we don't find the right fit before August.  It just stinks the salesman was so attentive and then NOTHING......We're looking at other dealers now.  ::wink::